Chris Hawkins is a veteran coach who is serving as the head coach of the USC Upstate softball program. He also serves as the Associate Athletic Director in the uni. From starting as an assistant coach to leading one of the top college softball teams in America, Coach Hawkins has gained recognition for his efforts in the sports industry.

Did you know that Chris recorded his 1,000th career win in March 2022? This short biography has highlighted other similar exciting facts about Chris Hawkin's incredible coaching journey and personal life details.

Chris Hawkins was born in Oconee County, Seneca of South California. He studied at Seneca High School and later enrolled at the University of South Carolina Upstate. There, he played baseball and became a part of the Spartans' first varsity team. Also, Chris graduated with a Bachelor's degree in Physical Education in 1989.

Unfortunately, the information regarding Chris Hawkins' parents is scarce. Nonetheless, he was born and raised in Spartanburg and still lives there.

Chris Hawkins Net Worth And Career

As mentioned before, Hawkins was a part of the Spartans' first varsity team. During his college years, the Atlanta Braves drafted him in 1985 and the Houston Astros in 1987. Since he started his career as a student-athlete, he continued to work in the sports sector even after graduating. And now, he has been coaching for over three decades which must have contributed massively to the growth of Chris Hawkin's net worth.

Talking about the Oconee County native's playing career, he led the NJCAA in strikeouts with 144 in 75.1 innings while studying at Anderson College in 1985. Moreover, Hawkins was an outstanding player at the school. As a result, he was inducted into the Upstate Hall of Fame in 2003. Aside from that, the sports personality played fast pitch softball during summers for Ehrhardt Motor Company for 11 years. In the 1995-97 season, his team won the state men's fast pitch open division tournament and ranked eighth in the nation.

The former player began his coaching career during the 1989 season as an assistant at USC Upstate under the then-head coach Mark Cooke. Then, in 1993, he was promoted to the head coaching position. However, his coaching career extends beyond softball. Hawkins served as the USC interim head volleyball coach, where he led the team to the Peach Belt Conference Championship twice and recorded 38-4.

Chris has worked with tremendous dedication and passion for growing a budding softball program to heights of success and set numerous firsts for all teams in the department. The softball veteran helped the Spartans move up from Division II to Division I and from ASun to the Big South throughout his tenure. Also, Hawkins' program encountered success in every transition.

Since joining the USC softball program in 1993, Hawkins has entirely devoted himself to the team. He is also the winningest coach in USC Upstate softball history. Coach Hawkins had a record of 1,000-405-1, with a winning percentage of .711, as of March 2022.

Likewise, the USC Upstate graduate must be earning considerably. As per OpenPayrolls, Chris' salary was $74,852 in the 2017 season. He must also pocket a significant amount at present. Therefore, Chris Hawkins' net worth must be prominent as per his extraordinary career history. Similarly, Lori Meyer is another softball head coach who excels in her career.

Who Is Chris Hawkins' Wife?

The Seneca native has gained massive popularity as a softball coach. Many of his fans and supporters may be eager to learn more about his love life and relationships. Well, the head coach is married to Anje Hawkins. Chris Hawkins' wife is a real estate agent who works at Century 21 Blackwell & Co. She is an active member of Altrusa International of Spartanburg. Also, Anje serves on the Board of the organization. 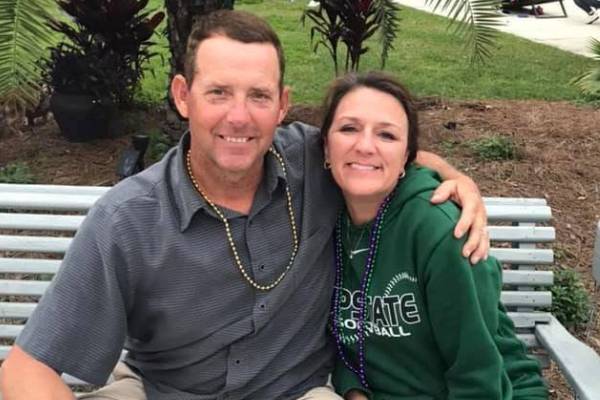 Anje Hawkins, aka Anje Parker Hawkins, is a loving mother of three children. She often shares posts and pictures mentioning her kids on her Facebook account. She also supports her husband's coaching career.

The collegiate coach is also a proud father of three boys. Chris Hawkins' son, Kyle Hawkins, works as a police officer and has been married to Kristen Hendrich since 2019. However, his name on Facebook is Kyle Tanner. Also, he welcomed a baby boy with his wife in 2022.

On the other hand, Chris' kid, Brooks Hawkins, is engaged to Upstate softball player Sarah Price. The former shared the news on his Twitter, where he captioned, "Technically, I now have a daughter playing for me. Never thought that could happen? Good job, Brooks." Lastly, Chris Hawkins' youngest son, Ryan Hawkins, graduated from Oakbrook Preparatory School in May 2022. While in high school, he played basketball and soccer on the varsity team. He is now a freshman scholar for Upstate Science and Technology. 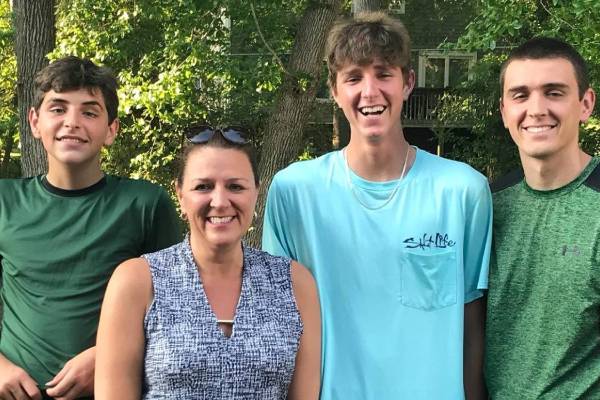 Overall, Chris has dedicated his life to developing the softball program at USC Upstate. It would not be wrong to say that his name is synonymous with the team's victories and achievements. Coach Hawkins is one of the main reasons the Upstate softball has reached such heights today. So, we wish him more success and fortune in the upcoming days.