Carol Hutchins is one of the most committed and hardworking coaches in America who served as the head coach at Michigan Wolverines softball. Image Source: Carol Hutchins Twitter.

One name that is often taken when someone has to talk about the Michigan Wolverines softball team's success is Carol Hutchins. Born Carol Sue Hutchins, she is an American softball coach who has been the head coach of Wolverines softball for almost 38 years. However, the coach announced her retirement on August 24, 2022, with her 1,707 victories in the sport.

She is a bold, fierce, and strong-headed woman who has inspired several young people to follow their dreams. As Carol is on top of her coaching game, many fans are interested to know what sets her apart from other head coaches and how she has established her professional career so well alongside her personal life. Hence, let's go into the detail of this article to get all the information regarding her.

Her Brother Was Murdered

The dedicated coach was born on May 26, 1957, in Lansing, Michigan, USA. Talking about Carol's parents, she was raised by her mom and dad in a very supportive and loving family. Unfortunately, when she was in 10th grade, Carol Hutchins' mother, Ivy Hutchins, and father, Bob Hutchins, divorced. Afterward, the former started acting out, partying, and skipping school.

Likewise, Hutchins grew up with five siblings, Sandy Hutchins, Bob Hutchins, Renee Hutchins, Dave Hutchins, and Paul Hutchins. On August 29, 1985, her brother, Paul, was murdered while walking with a date along Hart Plaza in Detroit. He had fallen victim to a street gang preying on unsuspecting downtown visitors. 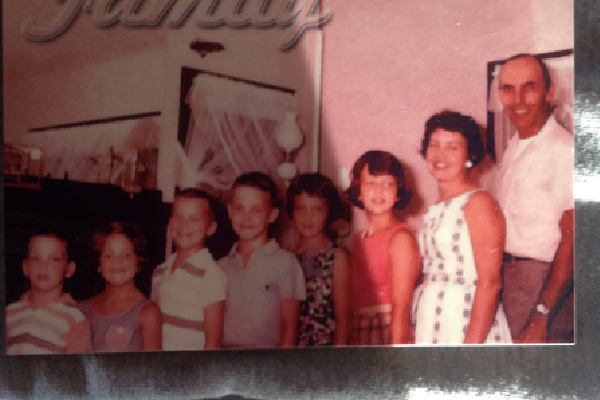 Talking about her educational background, she attended Everett High School. Later, after completing high school, Carol enrolled at Michigan State University. Following her graduation from Michigan in 1979, the coach attended Indiana University and received a master's degree in physical education in 1981. By her education degree, it is safe to say that she is a very highly intellectual person.

Carol Hutchins Net Worth And Career

Carol is one of the most committed and thriving coaches in the United States. She has professionally involved herself in the league for several decades now. So, Carol Hutchins' net worth must be massive as she has been a softball player and coach for several softball clubs.

During her high school, the Michigan native was an All-City basketball player from 1973 to 1975. Likewise, she also competed for the Lansing Laurels, a fastpitch Amateur Softball Association team that reached the national top five.

Later, during her university years, she played on the Spartans varsity basketball and softball teams from 1976 to 1979. Furthermore, as a freshman, Hutchins started at shortstop for Michigan State and contributed to the Spartans' Association for Intercollegiate Athletics for Women (AIAW) National Softball Championship triumph. 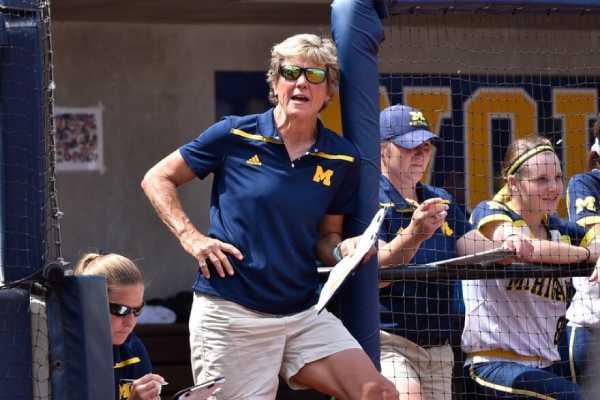 Carol Hutchins is a dedicated coach who has trained several young players under her tenure. Image Source: Carol Hutchins Twitter.

When Carol completed her 37th season as Michigan's head coach in 2020, she earned a base salary of $429,300. Her income was upped to $488K in 2021. Furthermore, the sportswoman's five-year contract with the team expired in June 2022. But, the Michigan athletic director announced that Carol's contract was a rolling deal, which means she will remain in her position for the 2023 season, and her five-year time span will reset every time.

Hence, Carol Hutchins' net worth must be significant considering her successful coaching career. Sadly, she announced her retirement after serving on the Michigan softball team for thirty-eight seasons. She is leaving as the winningest coach in NCAA softball history.

Isn't Ashamed Of Her Sexuality

Well, it might shock many people, but the head coach is one of the openly gay coaching figures in the league. Even though Carol's sexuality may have confused many people, she has been very frank and honest about her sexuality.

However, in the past, the Michigan native was married to her ex-husband, Antony. Carol and her ex-partner were married for about ten years. Unfortunately, things did not go well between the former duo, and they mutually decided to part ways.

Carol Hutchins' ex-husband has moved on after their divorce and is currently married to Adrienne Hutchins. On the other hand, Carol has decided to keep her relationship timeline undercover. Furthermore, the head coach and Adrienne share a perfect and healthy bond, and the two have no sense of negativity.

Who Is The Former Michigan Wolverines Coach's Daughter?

As Hutchins likes to maintain utmost secrecy regarding her personal life, she has hardly revealed about her kids. Still, according to some sites, she is a mother to one child whose identity hasn't been revealed yet. Hence, the questions regarding Carol Hutchins' daughter often pop up on the Internet. As the head coach always fights for women's equality and justice, we are sure she is a fantastic mother to her little girl.

Nonetheless, the strong, fierce, and bold head coach has positively impacted the sports industry due to her continuous dedication and commitment. Carol Hutchins is one name often taken when someone has to list down the top coaches in the University of Michigan history. In essence, we believe her personal life is also flourishing like her professional life and that we will get to hear more of her stories in the future. We are sending Carol and her family luck, light, and blessings.