As the craze for football is increasing, so is the curiosity of people knowing about the coach under whose guidance the team makes their name.

Hence, today we are going to make you familiar with Adam Zimmer, the American football coach. The football enthusiast is serving as the co-defensive coordinator and linebackers coach for Minnesota Vikings of the National Football League.

Is A Son Of Former Minnesota Vikings Head Coach

The NFL figure was born on January 13, 1984, in Ogden, Utah. Adam Zimmer's parents are Mike Zimmer and Vikki Zimmer. Mike Zimmer, his dad, is one of the top defensive coordinators in the NFL, having spent 13 seasons with the Dallas Cowboys.

Moreover, Adam Zimmer's father, Mike, is a perfectionist who obsesses over minor details like whether a defensive player's toe is pointed in the correct direction when pursuing a play. Not only this, but even Adam's grandfather, Bill Zimmer was a well-known personality in this field. He coached Lockport Township High School for more than three decades. 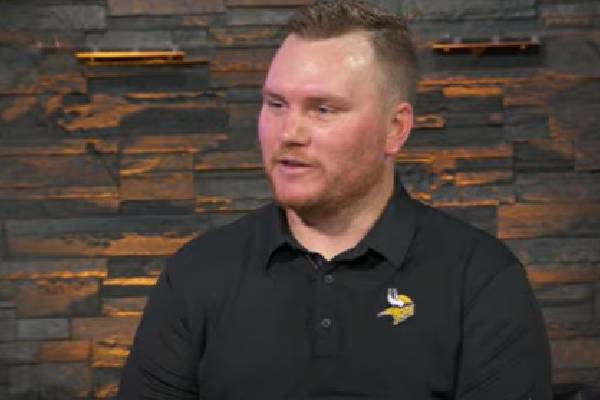 As for the football coach's mother, sadly, she passed away in 2009 due to natural causes. The Ogden native is not the only child of his parents. He grew up with two of his sisters, Corri Zimmer and Marki Zimmer.

From an early age, Mike Zimmer's son knew he wanted to follow in his elder's footsteps and become a football coach. So in 2006, he began his coaching career with the New Orleans Saints as an assistant linebackers coach.

Moreover, in his last season, the team went on to win Super Bowl XLIV. Hence, it is safe to say that the success would be visible in Adam Zimmer's net worth as well, thanks to the added bonus he might have received.

Afterward, Adam joined the Kansas City Chiefs as an assistant linebackers coach. In fact, under his guidance, Tamba Hali and Derrick Johnson, both linebackers, were named to the Pro Bowl in 2011.

The Utah native joined the Cincinnati Bengals in 2013 as an assistant defensive backs coach alongside his father, Mike Zimmer, who was the defensive coordinator at the time.

The following year, Adam Zimmer was hired as the linebackers coach when Mike was named the ninth head coach of the Minnesota Vikings. The Vikings won the NFC North Division in 2015, allowing only 18.9 points per game on defense, which was good enough for fifth place in the NFL.

We can witness the father and son duo were always together, and it is the same example of what they call being together in every thick and thins. Adam's dad MIke's total fortune is $12 million, in addition to his salary, which is $4 million.

We believe that Adam Zimmer's net worth would also be the same as his dad's in the coming days. 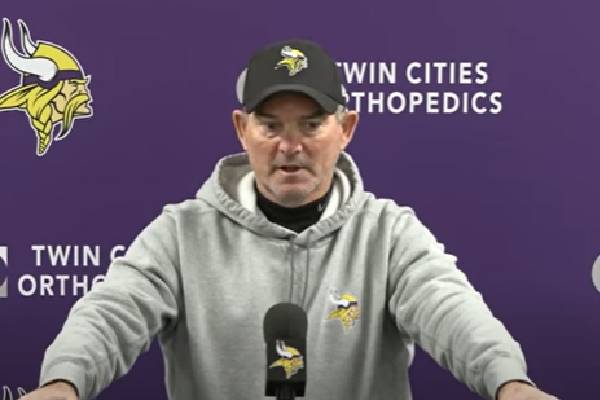 Adam Zimmer's father Mike Zimmer, who is also an NFL coach, holds the net worth of around $12 million. Image Source: Social Media.

Adam is now the co-defensive coordinator and linebackers coach for the Minnesota Vikings in the National Football League. We hope one day we will see him as the head coach of an NFL team.

Another individual who is working hard in various coaching positions in NFL is Brian Belichick.

Has Adam Zimmer Tied The Knot Yet?

Where there is a lot of interest in Adam's professional career, similarly his fans are also curious about his love life. However, there is not a single word about Adam Zimmer's girlfriend. Hence, it clearly answers the question of him tying the knot yet, well, unfortunately, no. The trinity graduate is not a married man.

But there are possibilities that the NFL coach is keeping his personal life away from any media nuisance, which resulted in his partner's information being a mystery. If that is not the case, then simply, Mike Zimmer's son might not be dating anyone. 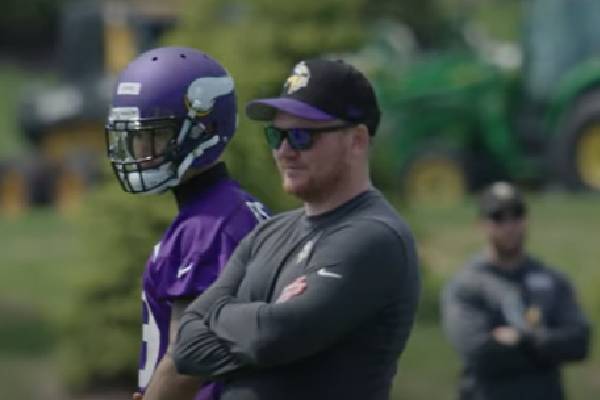 It seems like Adam Zimmer is not in any relationship as of now. Image Source: Social Media.

The football enthusiast is emerged in his coaching career and seems he is too busy to stand up to his father's expectations.

Adam and his father, Mike, have a similar rhythm, so are their demeanor and work ethic. Hence, we believe that as much success Mike Zimmer got, his son Adam would also achieve the same accomplishments.

Sadly Adam Has Passed Away

The cruel reality of our very existence is death, you can't escape it no matter what. Sadly, Mike Zimmer's son is no more as he passed away in November 2022. Adam had only joined the Bengals as an offensive analyst in the 2022 season.

Corri announced her brother's untimely demise on her IG account. She expressed how much she loves him and shared he was loving and supportive. She also asked people to pray for their family.

Unfortunately, the reason behind Adam's death hasn't been revealed. Nevertheless, he will always be dearly missed by his loved ones.