Being a coach is undoubtedly one of the most challenging jobs in the world. And if it comes to NFL coaches, they have to be highly competitive. Furthermore, a single coach can't handle a whole NFL team, so there are other supporting coaches. And one such individual is Brian Belichick.

The sportsman is a safeties coach of the NFL team New England Patriots. He began as a scouting assistant before working his way up to reach his current status. Moreover, Brian is best recognized as the Patriots head coach, Bill Belichick's son. The latter is often called one of the most outstanding mentors in the league.

However, the younger Belichick's success is solely by his hardships rather than his father's support. But how much has he experienced to reach his current state; let's find out in this biography.

Brian Belichick Comes From A Family Of Coaches

The coach was born in Weston, Massachusetts, America. He hasn't revealed his birthdate, and his birth year is probably in the early '90s.

The athlete comes from a long line of coaches, starting with his granddad. Brian's late grandfather, Steve Belichick, was a football player who coached many colleges during his lifetime. For instance, he served as a scout for the United States Naval Academy for thirty years. 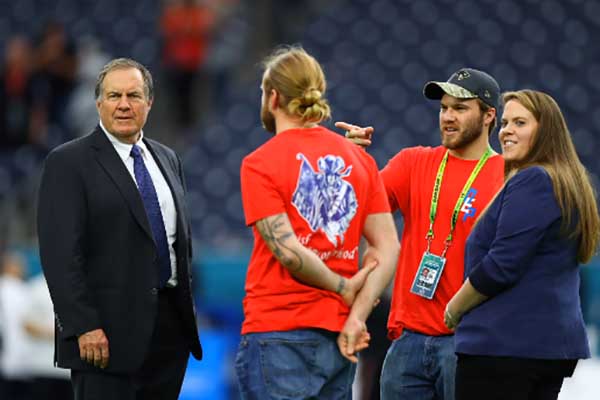 Brian Belichick's mother, Debby Clarke Belichick, is an interior designer who has opened a design store named The Art of Tile and Stone. Sadly, she divorced his dad, Bill, after his rumors of infidelity in 2006.

Belichick's elder sister, Amanda Belichick, is the head coach of the women's lacrosse team at the College of the Holy Cross. She previously played lacrosse in her college years.

The athlete's elder brother, Stephen Belichick, is the outside linebackers coach for the Patriots. He works under their pops, Bill, in the team.

All Belichick siblings used to play lacrosse with their dad, Bill, in their backyard. However, for Brian, football was his forte, and he pursued a career in it.

Brian Belichick Net Worth And Career

Tha sportsman enrolled at Suffield Academy and played football and lacrosse. He played defense, quarterback, and special teams in school. Moreover, the teen was bright and took games seriously. For instance, despite having a broken wrist, he competed in his senior year.

After completing high school, Belichick attended Trinity College to continue his studies. He played lacrosse and golf during his stay there. Moreover, Brian majored in Anthropology and graduated in 2016. After graduation, he joined Patriots as their scouting assistant.

So, Brian Belichick's net worth mainly comprises his earnings from his coaching career. In his first season, he was responsible for game planning and preparations for the playoffs.

The scouting assistant was promoted to coaching assistant in 2017. He was in the position for three years and primarily worked on the defensive side. Finally, he became a safeties coach of the team in 2020. 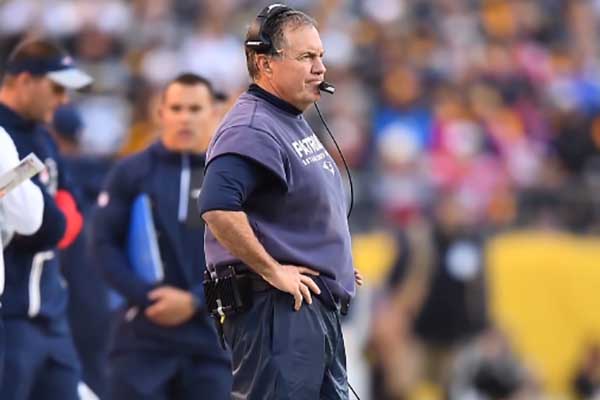 Bill Belichick's son, Brian Belichick, started as a scouting assistant before being promoted to safeties coach for the Patriots. Photo Source: Social Media.

Brian's earnings from his promoted position must be pretty huge. As per Espn, the salary range of an NFL coach falls between $4 million to $12 million. Likewise, The Sports Rush estimates the average pay of an NFL coach to be $6.692 million annually. Well, Brian may not earn that much. but his salary must be of a considerable sum.

Thus, Brian Belichick's net worth from his coaching profession could be a grand one. It will likely rise more in the upcoming days.

Speaking of Brian Belichick's dad, Bill is one of the highest-paid coaches in the NFL. He has assisted New England Patriots to six Super Bowl wins and numerous playoff appearances. Moreover, Bill's salary is estimated to be $12 million from the NFL team.

Hence, Brian's father, Bill Belichick's net worth amounts to $60 million. His fortune will undoubtedly rise more in the future.

The safeties coach has slowly progressed from a scouting position to be a coach. His hard work and work ethic have made him one of the beloved figures in media. But how is his life away from the NFL; has he also been successful regarding his relationships.

Well, the youngest Belichick is happily married to his spouse, Catherine D. McLaughlin, aka Callie Belichick. She is a gorgeous lady who always supports her husband's career.

The pair haven't precisely shared when they began dating. But as per several sources, both are long-time partners. Furthermore, the couple wedded on June 26, 2021, on Nantucket Island, Massachusetts.

Unlike his siblings' grand wedding ceremonies, Brian seems to have married in a private ceremony. He also hasn't revealed his wedding photos like them. 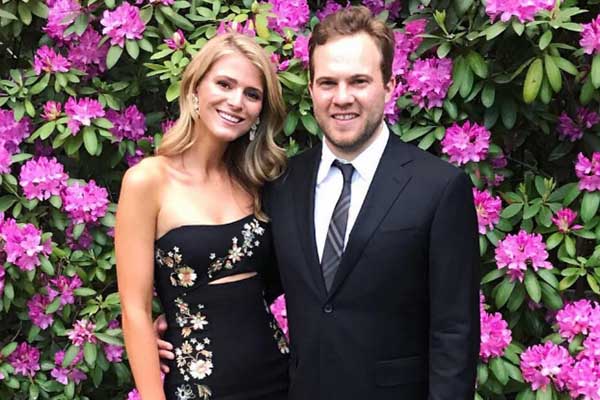 Brian Belichick's wife, Callie Belichick, seems interested in working with charitable organizations and foundations. She often shares stories of charitable works on her Facebook account. In addition, she has donated to several causes.

The couple mostly leads a quiet life away from the media. Still, Brian's partner, Callie, occasionally shares pictures of them traveling or attending events on her FB account.

Talking about children, the duo hasn't shared any baby plans as of now. Both might have wanted to wait a bit before having any kids.

We wish the newlyweds a happy marital life ahead.