Amanda Belichick is the head coach of the women's lacrosse team at College of the Holy Cross. Photo Source: Social Media.

It is believed that there is a coach behind any player's success. And it's certainly true in any sports like football, basketball, baseball, lacrosse, etc. And one individual who has made her name by coaching some well-renowned athletes is lacrosse coach Amanda Belichick.

The sportswoman began her journey by playing lacrosse in her academic years. She then transitioned from actively playing in the field to coaching others. Moreover, the athlete is also the New England Patriots head coach Bill Belichick's daughter. His coaching experience possibly influenced her to follow in similar career route.

So, let's learn more about this talented woman's background, career, earnings, and relationships in this biography.

Amanda Belichick Comes From A Family of Coaches

The lacrosse coach was born in Weston, Massachusetts, America. She hasn't opened up about her birthdate to the media. But as per several sources, Belichick was born in 1984.

Amanda Belichick's dad, Bill Belichick, played lacrosse, football, and squash in high school and college. Although lacrosse was his favorite sport, he decided to pursue a football coaching career after graduation. He has now become one of the greatest NFL coaches. 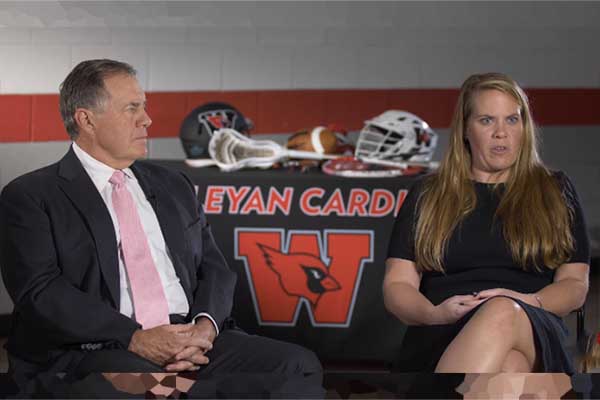 The head coach's parents separated in 2006 amidst the accusation of her father, Bill, cheating on her mom. Since then, Amanda Belichick's mother, Debby Clarke Belichick, a businesswoman, and entrepreneur, has relatively kept a low profile.

The sportsperson's brother, Stephen Belichick, is the outside linebackers coach of his dad's team New England Patriots. He has been working for the NFL team since 2012.

Amanda's youngest brother, Brian Belichick, also has followed his pops and siblings' footsteps in coaching. He is the safeties coach of Patriots and previously worked as their scouting assistant and coaching assistant.

Belichick grew up playing lacrosse with her siblings in their backyard. She also likely played lacrosse while attending Phillips Academy Andover.

Amanda Belichick Net Worth And Career

The sports personality enrolled at Wesleyan University and joined their women's lacrosse roster. She was a captain in her senior year and became a four-year letter winner. Eventually, she graduated with a Bachelor's degree in history in 2007.

During her university days, Bill Belichick's daughter worked at an ad agency and interned at ESPN. After graduation, she sold T-shirts before learning about the lacrosse coach vacancy at Choate Rosemary Hall. So, she applied for the job and started her coaching career.

Amanda Belichick's net worth is heavily influenced by her coaching profession. She first served in Choate for two years then joined UMass as an assistant coach. In addition, her coaching credits include training one U.S. team member, two IWLCA All-Americans, five All-Atlantic 10 players, and others.

The lacrosse mentor's other works include being Ohio State's recruiting and offensive coordinator and Wesleyan's head coach. Finally, she began her head coach position at the College of the Holy Cross in 2015. 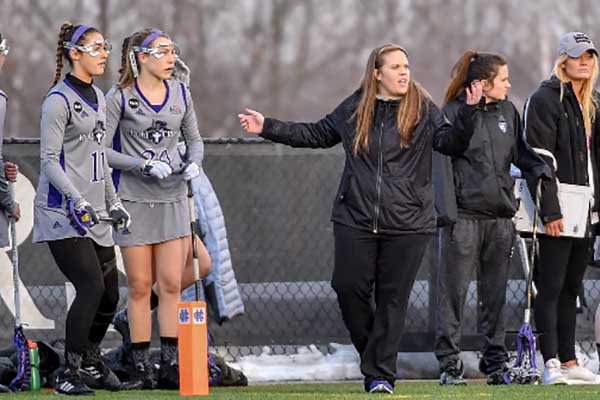 Belichick's notable results include leading Crusaders to their first playoff appearance, being an American Honor Squad five times, and many victories. As she has shown incredible performances, she continues her head coach role in the 2022 season.

Alongside earning fame, the lacrosse coach must make a good income. As per Salary.com, a college lacrosse coach's average income falls between $32,799 and $49,510. Therefore, Amanda's salary must also be around the same range.

Thus, Amanda Belichick's net worth must be a notable amount from her coaching job. It will likely increase more in the days ahead.

Speaking of Belichick's dad, Bill has amassed an impressive sum from his NFL career. He has been serving for the Patriots since 2000 and led them to six Super Bowl wins. Furthermore, the NFL coach's salary is estimated to be $12 million.

Hence, Amanda Belichick's father, Bill Belichick's net worth is a gigantic $60 million. He also ranks among the richest players who played lacrosse.

The Wesleyan alumna has led a successful coaching career like her father and siblings. But, what about her life away from lacrosse; has she also found her perfect other half? And the answer would be affirmative.

The pair met online in 2014 and began dating soon afterward. Amanda Belichick's then-boyfriend, Anthony, proposed to her a year later and both got engaged. 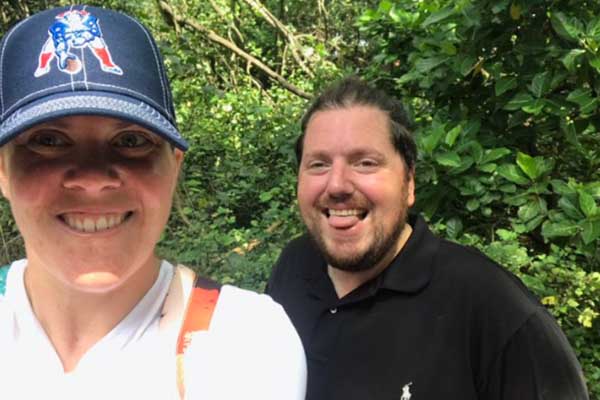 The lovebirds got married in a grand ceremony on July 8, 2017, at Weekapug Inn, Rhode Island. It was a beautiful event full of New England experience without adhering to typical wedding traditions. In addition, the wedding photos were featured in Modern Luxury Weddings magazine.

The duo leads mostly a private life away from the media. But both occasionally share pictures of them traveling or hiking on their Twitter accounts. Hence, the couple must be enjoying a comfortable life.

Amanda Belichick Is A Mother Of Two

The blond beauty is also a loving mother of two adorable children. She shares a daughter and son with her spouse, Anthony Desantis.

Amanda Belichick's kids often appear on her social media posts. Sadly, she hasn't shared much about her children and prefers to keep them away from the spotlight. Moreover, she might have done that to protect her babies from unnecessary media attention. 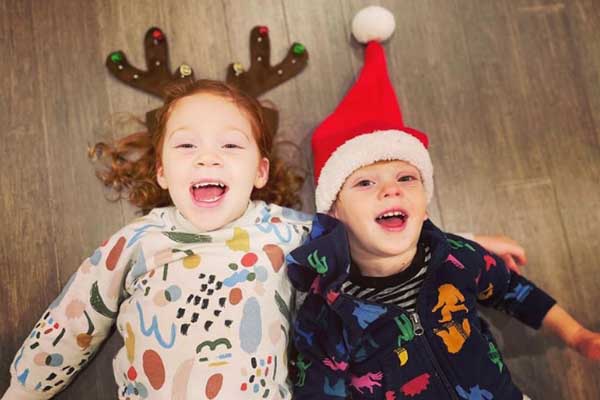 Nonetheless, we wish the head coach and her family best wishes and success in the upcoming days.