It might be difficult to follow in your parents' footsteps, especially when they have achieved such high levels of professionalism in their respective fields. Of course, people will constantly compare you to your mother or father, but you may also question if you're carving out your own identity.

Answering that, Stephen Belichick has made his identity in the same sports field his elders excelled in. By his elders we mean, Stephen's father and grandfather both of whom are legends in their own right in American football.

Hence, let's get a little more familiar with the American football coach's personal and professional life.

Comes From A Football Centric Family

Stephen's mother's name is Debby Clarke Belichick. His parents got divorced in 2006. Moreover, the rising American coach is the grandson of Steve Belichick.

In addition, Steven Belichick's brother Brian Belichick is the safeties coach for the New England Patriots. Brian has been a scouting assistant and assistant coach for the organization since 2016, but he has now been promoted to a position coach. 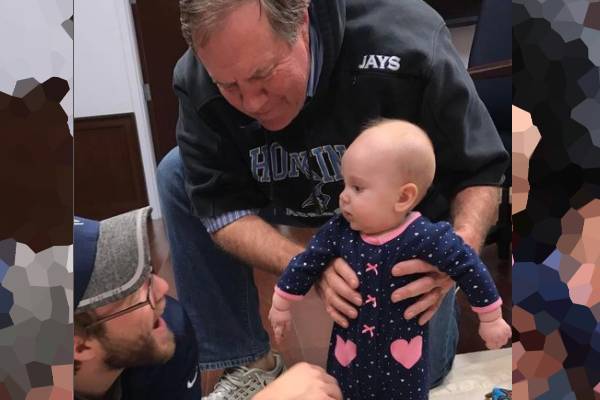 Stephen Belichick is the son of the American coach Bill Belichick and the older brother of Brian Belichick. Image Source: Jennifer's Instagram.

Brian took over for his older brother, Stephen, who shifted his focus to coaching the outside linebackers. Bill Belichick's son Stephen has been a part of the team in some manner since 2012 and is quickly establishing himself as an important member of the coaching staff. He also talks about how he mentored and assisted his little brother Brian along with Devin McCourty, the football player.

The football enthusiast attended The Rivers School in Weston where he was an All-League Honorable Mention lacrosse player. He then attended Rutgers University. In 2011, Stephen served as a long snapper for Greg Schiano's Rutgers football team.

Stephen was the New England Patriots' defensive assistant in 2012 before becoming the safeties coach in 2016. As of now, Stephen Belichick is an outside linebackers coach for the Patriots.

Well, Stephen's father Bill Belichick is the highest-paid coach in American pro sports. He is in charge of the NFL's second-best defense, earning an estimated $18 million a year. No wonder Bill has proved again and again that he is worth every single penny of the contract he has signed.

Similarly, we believe Stephen Belichick's net worth will be as influential as his father's in near future. 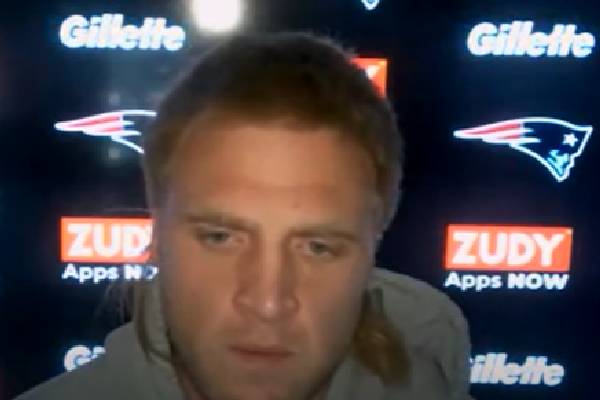 The starting salary for NFL coaches has increased in recent years. The minimum wage was $3 million per year five years ago, compared to $5-6 million today. Similarly, the average NFL team is worth $3.5 billion, with $550 million in annual income. Since he is a part of such a huge franchise, we wonder if Stephen Belichick's salary and annual earnings are also similar as like mentioned.

Moreover, Bill Belichick's son has three Super Bowl rings to his credit. When the Patriots defeated the Atlanta Falcons in the 2017 Super Bowl, he was a coaching staff member. The New England team came back from a blowout first half to win the game 34-28 in overtime.

Hence, we believe, the football enthusiast will contribute to many more Super Bowl win as the coach. And along with Super Bowl rings, Stephen Belichick's net worth might also see a significant rise in the coming days.

Who Is Stephen Belichick's Wife?

As much as the former safeties coach is emerging in his career, he is also successful in his love life. He married his longtime girlfriend, Jennifer Belichick, and is living a blissful life since.

Moreover, before marrying the former defensive assistant, Stephen Belichick's wife's name was Jennifer Schmitt. The beautiful couple has been married since 2017. The pair married in Nantucket's Siasconset Union Chapel. 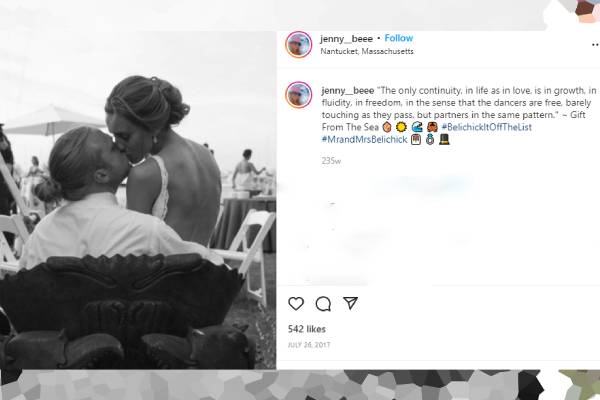 Jennifer Belichick studied occupational therapy at Tufts University. She was born in Baltimore, Maryland, and resides in Boston, Massachusetts. Jennifer, like her husband, went to Rutgers and played lacrosse.

The coach's wife can be seen pretty much active on social media. She keeps posting and interacting with her loved ones by updating them through her different posts.

Is A Proud Father Of Two

Having been together since their college days, the lovebirds have welcomed two kids. Stephen Belichick's children are Blakely Rose Belichick and Hayes Belichick. Being born in 2016, Blakely is the older one among the Belichick siblings.

The little ones are doing very well on their own. The couple's fans also get to know about the American coach's family's whereabouts through social media. 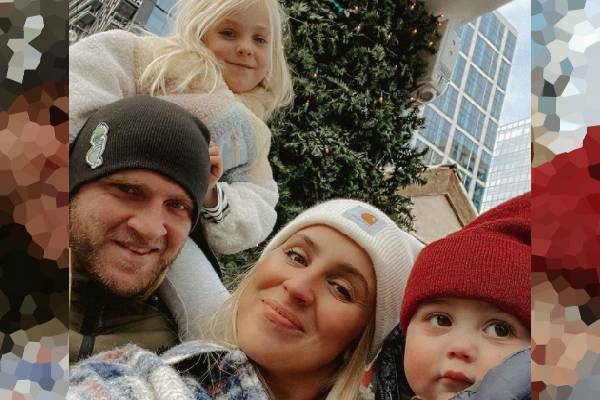 Stephen Belichick and his wife Jennifer Belichick are the proud parents of their two children. Image Source: Jennifer's Instagram.

However, there was one thing that seemed to have disturbed the wife of the Linebacker. And that was the heartbreaking news of her miscarriage. Stephen's partner took to her Instagram profile, updating the close ones that, unfortunately, she suffered a miscarriage. The news was heartbreaking as she was pretty excited and had even addressed the couple's children as soon-to-be elder siblings. However, destiny had planned something else.

Nevertheless, Jennifer and Stephen have moved on with their lives and have accepted the reality.

We hope Bill Belichick's son finds even more success in his endeavor and becomes happier in his marital life.