Richard Bisaccia is an American football coach who served as the interim head coach of the NFL's Las Vegas Raiders in 2021. Image Source: Social Media.

Often times in the news for his excellent supervision and being the savior of his team, Richard Bisaccia, is an American Football coach. He has served as the assistant head coach and special teams coordinator for the Las Vegas Raiders in the National Football League since 2018.

Throughout the years, he has been able to grab the highlights and attention through his coaching skills. Hence, let's learn a few more things about football coach Richard Bisaccia.

Has A Degree In Physical Education

Richard Bisaccia was born in Yonkers, New York, on June 3, 1960. Moreover, he also goes by his alternative name Rich Bisaccia. Unfortunately, Richard Bisaccia's parents' names have not been revealed yet. Similarly, his sibling's information is not known to the public.

As for his education, the coach graduated from New Fairfield High School in Connecticut. He later attended Yankton College in South Dakota from 1979 to 1982. Moreover, the mentor received his Bachelor's degree in Physical Education with a minor in Health Education.

Richard Bisaccia Net Worth And Career

The New York-born started his football career at Yankton College in South Dakota, where he was a defensive back. At the collegiate level, the Yonkers native coached for South Carolina, Clemson, and Mississippi. Richard began his NFL coaching career as the special teams' coach for the Tampa Bay Buccaneers in 2002, a position he held until 2010.

Likewise, the American coach was a member of the Buccaneers' Super Bowl XXXVII championship team, during his first season as an NFL coach. Similarly, Richard's charges won three Pro Bowl selections, 13 NFC Player of the Week accolades, and four NFC Player of the Month awards during his tenure of nine seasons.

Richard spent two seasons with the San Diego Chargers before joining the Dallas Cowboys in 2013. Since joining the Cowboys, Richard Bisaccia has enabled the growth of a successful special teams unit. The list includes placekicker Dan Bailey, who became the NFL's all-time most accurate field goal kicker in 2014 under his guidance. As of now, Dan Bailey has a net worth of $6 million.

The Dallas special teams unit was named to the Pro Bowl in 2013, 2014, 2015, and 2-16 seasons, with the best kicking records in the NFL. Richard Bisaccia, who is in his 20th season in the NFL, was promoted assistant head coach in Dallas Cowboys for his accomplishments. He served there from 2013 to the end of the 2017 season.

The Yankton graduate was hired as an assistant head coach by the Oakland Raiders in 2018. Following Jon Gruden's departure in 2021, the Raiders promoted the special teams' coordinator Richard to head coach duties.

It is worth noting that Jon Gruden has earnings of $30 million. The former head coach of Raider signed the largest coaching contract in NFL history as the head coach of Raiders in 2018. The ten-year deal was said to be worth $100 million. As a result, the former coach's salary was $10 million per year, till he resigned in 2021.

Though the NFL personality's earnings are not officially disclosed, we wonder if Richard Bisaccia's net worth is somehow more or less similar to his senior, Jon. 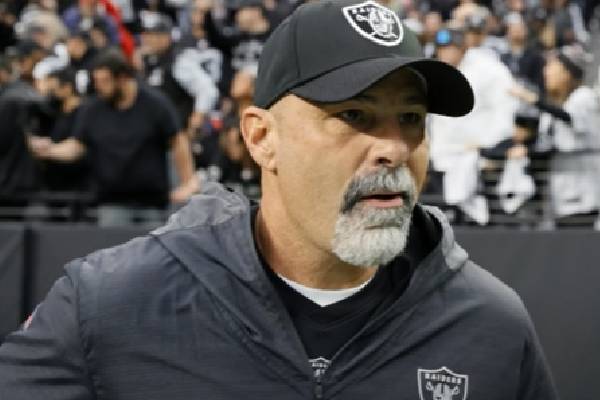 Richard Bisaccia has coached in the NFL for the past 20 years, including periods with Tampa Bay, San Diego, Dallas, and Las Vegas. Image Source: Social Media.

Moreover, with no prior head coaching experience, no one expected the Raiders to find themselves in the position they are now. In other words, the season of the Las Vegas Raiders appeared to be lost a long time ago, but interim head coach Richard Bisaccia put his squad in a position to overcome all odds. The mentor went on to coach the Raiders to a 7-5 record and one win away from reaching the playoffs, something no regular head coach had done since 2016.

With such good results, there are good chances the figures in Richard Bisaccia's net worth will see considerable growth in the coming days.

His Wife Is A Nursing Degree Holder

The NF: coach has been married to his beautiful spouse, Jeannie Bisaccia, for almost four decades now. Richard Bisaccia's wife's full name is Jeanne Jons Bisaccia. She graduated from West High School in Iowa, where she grew up.

Moreover, the beautiful lady enrolled in Mount Marty College after graduating from high school and obtained a Bachelor of Science degree in Nursing. 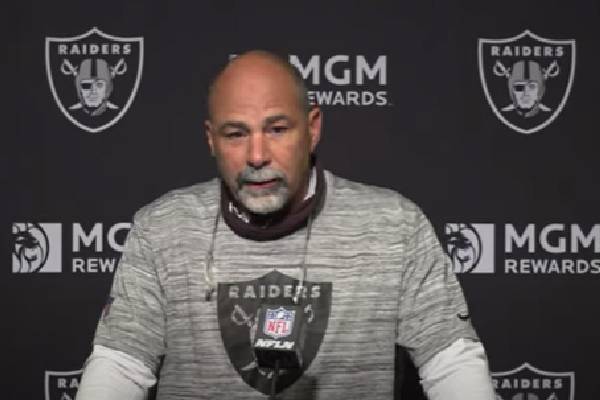 Richard Bisaccia is married to his wife Jeannie Bisaccia and has been leading a happy marital life. Image Source: Social Media.

On July 28, 1984, the physical education degree-holder married his then-girlfriend Jeannie in New Fairfield, Connecticut. The couple seemed to be overjoyed and content with their union.

Is A Doting Father Of Four

Furthermore, Richard Bisaccia's partner Jeannie has given birth to a son and three daughters during their blissful marriage. Michele Ann Bisaccia, the couple's eldest daughter, was born in 1984. She is happily married and works at Bradford High School as an English teacher.

Elizabeth Ann Bisaccia is Jeannie and Richard Bisaccia's second child who was born in June 1989. She is married to her husband, Brian Champ.

The youngest daughter of the couple, Madeline Bisaccia, was born on June 8, 1993. Then, on July 21, 1994, the lovebirds welcomed their only son, Richard Oakley Bisaccia, aka Richie Bisaccia. Richie appears to be a football fan. He was a linebacker at Middle Tennessee State University in college.

Moreover, the interim head coach is now willing to be a full-time head coach. And we believe he is the right and deserving candidate in every manner. Hence, it would not be much of a shock if we get to see him as a head coach in the coming years.