Darrell Bevell is an American football coach who is the interim head coach and offensive coordinator for the Jacksonville Jaguars of the National Football League. Image Source: Social Media.

Darrell Bevell is a known name in the NFL world. As the interim head coach and offensive coordinator for the Jacksonville Jaguars, he has grabbed quite a lot of attention.

Hence today, let's divert our attention a little to know even more about the American Football coach, Darrell Bevell.

Has Followed In His Father's Footsteps

Darrell was born Darrell Wayne Bevell on January 6, 1970, in Yuma, Arizona. Darrell Bevell's father's name is Jim Bevell; however, his mother's name is unknown. The football enthusiast has followed in his father's footsteps, who coached high school football in the Phoenix region. He even played for his father at Chaparral High School.

Apart from this, there is not much information available about Darrell's family. However, he is not the only child of his parents. The interim head coach keeps mentioning how much he adores his siblings and shares his experience whenever he comes to his hometown.

Darrell began his football career as a quarterback at Northern Arizona University. Soon after, he received offers from other universities, but he ultimately chose to attend the University of Wisconsin.

Darrell Bevell was a record-setting quarterback at the University of Wisconsin. The offensive coordinator began his coaching career, and from 1996 to 1999, he worked at three different colleges. He was hired by Mike Sherman's Green Bay Packers staff in 2000.

Before being named the official quarterback's coach in 2003, Darrell assisted in the development of players like Matt Hasselbeck and Brett Favre. The latter threw 30 touchdowns or more in each of his first two seasons under Darrell's guidance, and thus acknowledges the huge role of the coach in his success. 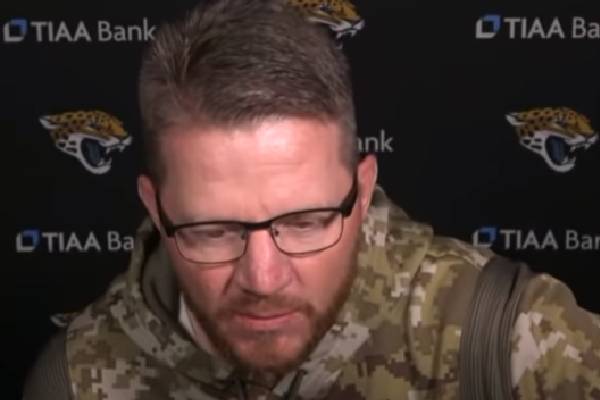 Darrell Bevell has been in the NFL since 2000 and served as an offensive assistant until 2002 with the Green Bay Packers. Image Source: Social Media.

The Arizona native was hired as the offensive coordinator for the Minnesota Vikings by Brad Childress in 2006. The NFL coach's offense improved year after year, rising from No. 26 in points in 2006 to No. 2 in the following four years, while his offensive DVOA went from No. 31 in 2006 to No. 16, No. 24, and No. 8 in the following four years. No wonder the visible achievement would have simultaneously impacted Darrell Bevell's net worth.

Moreover, the American coach guided the Seattle Seahawks in winning a Super Bowl and advancing to the next round. Undoubtedly, the football enthusiast played a vital role in the Seahawks' victory.

After looking at his previous commendable records, Darrell was able to impress head coach Urban Meyer. As a result, the former Wisconsin player was hired as the Jacksonville Jaguars' offensive coordinator in 2021. Hence, we can presume the given designation would have given the coach's earning a new height.

Moreover, the salary cap of the team Jaguars is $233 million. Similarly, their active contracts are stated to be valued at $157 million. Therefore, though interim head coach salary is not revealed in the public domain, being a part of such a high-rated team, we believe Darrell Bevell's net worth to be substantial enough.

Is Married To His College Sweetheart

Darrell, a well-known football figure, is married to his stunning spouse Tammy Barlow now Tammy Bevell. Darrell Bevell's wife is a wonderful housewife who is very supportive of the NFL coach. 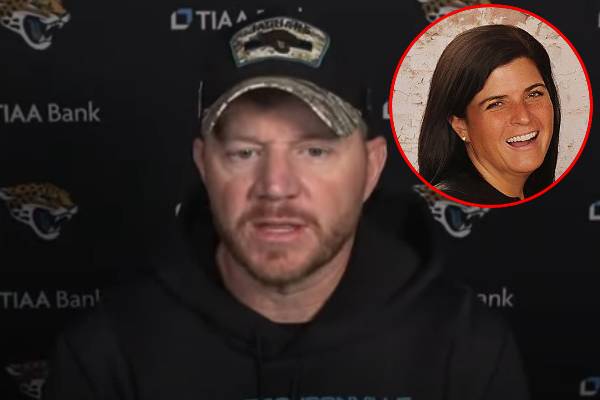 Darrell Bevell is married to Tammy Bevell and the couple have remained secretive about their relationship. Image Source: Social Media.

After dating for several years, the charming couple became engaged. In fact, the interim coach of the Jacksonville Jaguars proposed to his then-girlfriend, now-wife, by getting down on one knee. Well, who would say no to that loving gesture, as expected Darrell Bevell's wife Tammy said yes.

In a modest wedding ceremony in Salt Lake City, Utah, the gorgeous couple walked down the aisle in 1993. On their wedding day, the lovebirds had invited their respective families, close friends, and relatives.

After then, the couple settled in Jacksonville, Florida. Darrell's marriage appears to be going well and we hope their love continues to grow in the coming days.

The NFL coach and his wife have three children from their decades-long marriage. Kylie Bevell, Hailey Bevell, and Morgan Bevell are Tammy and Darrell Bevell's, children. However, neither of the daughters' specific birth dates have been made public.

Being daughters of such a renowned father, questions about whether they will follow in their father's footsteps arise. Answering that, Morgan Bevell is making her name in softball, and another one of Darrell Bevell's daughters, Hailey seems to be in love with Volleyball. The information about Hailey having a good spot for Volleyball can be hinted at through her Instagram bio.

On the other hand, no such clue about love for sports is indicated about Darrell's other sweetheart Kylie. Kylie rather seems to be active on Twitter but has not revealed much about herself.

Furthermore, since Darrell Bevell has not been yet named the full-time head coach, his fans must be anticipating seeing him in that role soon. We wish the coach all the best for his future.