Most players in the National Football League (NFL) have gained fame from their playing legacy. However, few have garnered attention from their off-field activities and criminal record. And Maurice Clarett falls among the latter category.

Maurice Clarett rose as a star athlete in his academic years. His outstanding abilities saw him challenging the NFL draft eligibility rule. However, the sportsman was later convicted of robbery and firearms possession and jailed. His criminal record put an ultimate end to his budding career.

Since completing his prison sentence, Clarett has turned over a new leaf. But what is he up to these days; let's find out in this biography.

Maurice Clarett Grew Up In A Single Parent Family

The former NFL player was born Maurice Edward Clarett on October 29, 1983, in Youngstown, Ohio. He grew up in a rough side of the town where gang culture, robbery, murder, and domestic violence were common.

Maurice Clarett's dad, Myke Clarett Sr., left home when he was a toddler. He wasn't part of his son's childhood but now seems to have reconnected with him. For instance, Maurice's father, Myke, issued a public statement where he admitted he would support him during his court trial.

Maurice Clarett's mother, Michelle Renee Clarett, raised him all by herself. She has always been by his side regardless of his arrests, prison trips, or legal issues.

Clarett also has two elder brothers named Marcus A. Clarett and Michael Graham Clarett Jr. He always looked up to his older siblings. But once, the athlete's brother got into a fight with a group of guys who retaliated by shooting at his family's house.

The footballer was sent to a juvenile center for robbery at eleven. He was again arrested after breaking into another people's house a few years later. Thankfully, he was released on house arrest, and he embarked on a journey of changing his life around.

Maurice Clarett Net Worth And Career

The former pro footballer played football, basketball, and other sports from a young age. However, he prioritized football during his high school years and pursued a career out of it.

Although his playing career was cut short, Clarett has begun working as a motivational speaker. His profession has earned him fame and fortune over the years. Hence, Maurice Clarett's net worth amounts to $15K. So, let's learn how much he has earned from his playing days and speaking job.

After graduation, the star athlete enrolled at the Ohio State University and played under Jim Tressel. He recorded 1,237 yards, sixteen touchdowns, and 222 rush attempts in his freshman year.

However, the footballer was involved in many scandals, including facing accusations of preferential treatment, providing false information in police report about thefts, etc. Finally, the university suspended him after learning he received benefits worth thousands of dollars from a family friend in 2003. 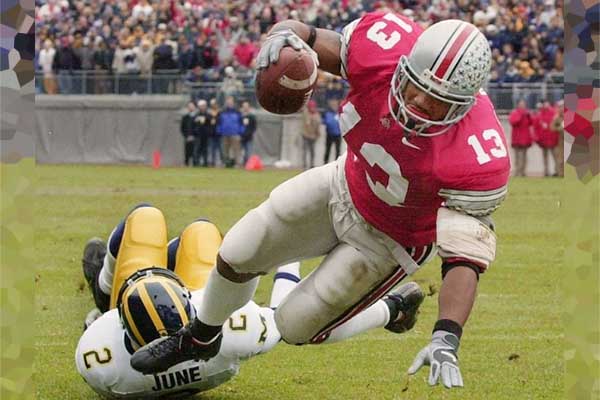 After the college's dismissal, Clarett sued the NFL, challenging their eligibility rule of having to be a high school graduate of three years. Although US District Court ruled him eligible, Supreme Court ruled against him.

Sadly, the player's poor form and disappointing results in practice sessions caused him to miss the preseason. As a result, the franchise released him on August 25, 2005.

After the Broncos' release, Maurice's life only continued to spiral downward. He was first arrested for robbery and possession of a gun in January 2006. But he pled not guilty and was released in $50,000 bonds.

The former NFL player was again arrested for a traffic violation on August 9, 2006. He was also carrying an AK-47 and three handguns at that time. Finally, he pled guilty and received a seven and half years prison sentence on September 18, 2006.

The former felon got out after serving three and a half years. He returned to playing after signing a one-year contract with the United Football League team Omaha Nighthawks in 2010. In addition, he recorded 154 yards, thirty-nine attempts, and one rushing touchdown.

Clarett ended his playing career with Nighthawks in 2011. Maybe if he had continued playing, his fortune from football would have increased more.

Since coming out of jail, Maurice has become a mental health advocate and motivational speaker. He founded The Red Zone, which provides help for clients with substance use issues. Moreover, Clarett's mom, Michelle, is the organization's president and has contributed to its consistent expansion.

The speaker travels around the state giving lectures to universities, high schools, organizations, etc. He has also written books detailing his life experiences and lessons he learned. Moreover, he also sells products related to his football career

Some of the book and merchandise's prices available on his website are listed below:

Aside from that, Clarett has launched a podcast Business & Biceps. He is joined by two entrepreneurs, John Fosco and Cory Gregory.

Thus, Maurice Clarett's net worth of $15K results from his speaking profession and other business ventures.

The sportsperson has been in the limelight from the beginning of his playing days. Likewise, his relationships and private matters have always received public attention. So, inquiries of Maurice Clarett's wife or partner are nothing new.

Well, the motivational speaker is in a loving relationship with his partner Ashley Evans. She has been with him through every obstacle and never left his side.

The pair haven't precisely revealed when they began dating. But both seem to have been in a relationship for many years. Similarly, the couple hasn't shared whether they are married or not. But one ESPN article addressed Maurice's lady love, Ashley as his fiancee. Hence, the duo is definitely engaged. 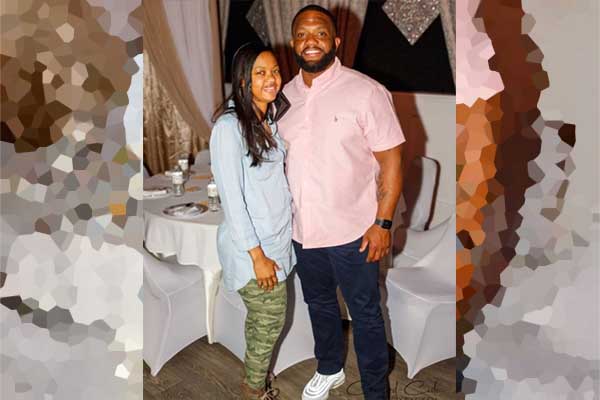 Maurice Clarett's fiancee, Ashley, was accused of assaulting him in 2012. She reportedly bit him on the wrist and chest and punched him in the face. But the matter has been resolved now.

The lovebirds are enjoying a happy life together. Both occasionally share pictures of their date nights, travels, and family workout on Instagram.

Is A Proud Father Of Two Children

Along with his loving relationship, Maurice is a doting father of two kids. His baby girl, Jayden Clarett, is his firstborn, and he welcomed her in 2006.

Maurice Clarett's daughter, Jayden, won the Cutest Kid Contest at two and a half. She has launched a podcast titled Not So Normal, where she shares her teenage life stories. Furthermore, the father-daughter duo has a strong bond and often exercises together.

Maurice Clarett's son, Titan Clarett, also called Champ, was born in 2019. He is adorable and often appears on his dad's Instagram posts. 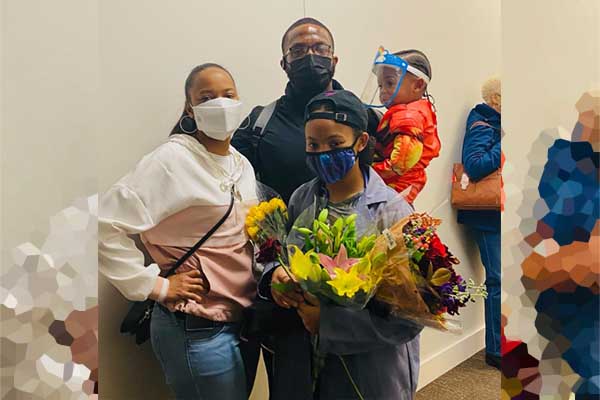 The advocate is fond of his children and always shares their accomplishments on social media. He is always trying to be a great father to them. We wish the Clarett family more success and happiness in the future.