Famous sports athletes getting convicted of drug charges is not unheard of. Time and again, we hear about some renowned sports icon getting involved in the drug ring to make additional bucks.

However, it came as a shock to the sports world when Darryl Henley, then a prominent athlete in the NFL, was arrested for drug smuggling. The athlete was at the peak of his career, enjoying fame and wealth alike. So, many people are still wondering to this date why he decided to be involved in drug trafficking, which ultimately ruined his life.

Today, we will uncover Darryl Henley's biography and discover his journey from star performer in the NFL to an inmate in federal prison.

7 American Football Players Who Have Been Convicted Of Multiple Crimes

Darryl Henley Had Much Potential Since His Childhood

Darryl Henley's father, Tom, remembers how gifted Darryl was from his early years. Alongside his excellent academic performance, little Henley prospered in athletics as well. So, as he grew older, he developed an affinity for football and did well throughout his high school years. 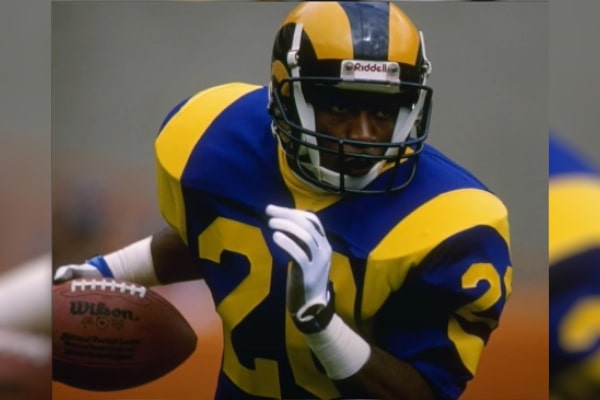 In addition to his excellent academic performance, Darryl Henley did well in sports too. Photo Source: Social Media.

Naturally, the University of California recruited Henley to play football for the UCLA Bruins football team. And it was no surprise when he became a stellar performer on the team. A cornerback with electric speed and a unique flair for shutting down opposing attackers, Darryl earned consensus All-America honors as a senior.

Throughout his four years at UCLA, the 5-foot-9-inch athlete took back three punt returns for touchdowns and recorded seven interceptions on defense. Thus, when the 1989 NFL Draft came around, Henley, the top prospect from UCLA, was selected as the 53rd overall pick by the Los Angeles Rams.

Darryl Henley Net Worth And Career

After being drafted by the Rams, the UCLA graduate was well on his way to becoming the next big name in the NFL. Even though he spent the first two seasons as a rotational piece, Darryl became a familiar name in the starting lineup since 1991.

Afterward, the only way was up for Henley. In six seasons with the Rams, he started in 76 games and amassed 250 tackles with 12 interceptions. And as he improved his performance, he also increased his paycheck.

Well, Darryl Henley's net worth is heavily influenced by his earnings as an NFL athlete. As the Los Angeles Times claims, Darryl had signed a one-year contract with the Rams worth $350,000 before the beginning of the 1994 NFL season. Although the details of his previous agreements are not disclosed, the LA native must have been paid a hefty sum of cash for his services.

Henley had it all during his prime – looks, brains, and money. And when everything appeared to be going well, Darryl Henley's career took a darker turn. In March 1995, he, alongside four others, was arrested and sentenced to 20-years in prison for involvement in a cocaine trafficking ring. However, Henley's story does not end here.

Two years after his initial conviction, Henley's sentence was increased to a 41-year in prison. But the sentence duration doesn't only cover charges against cocaine trafficking but also bizarre murder-for-hire plots.

Reportedly, Henley paid a detention guard $3,000 a month for using a cell phone and hired an agent to murder judge Gary Taylor and witness Tracy Ann Donaho for $100,000 each. 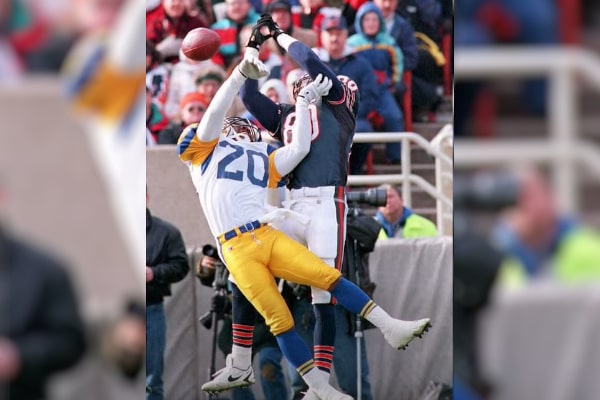 Darryl Henley spent much of his fortune fighting a legal battle for his cocaine trafficking case. Photo Source: Social Media.

Later on, Henley revealed that he did so purely for money. He confessed that he had run out of cash following a lengthy and costly trial. So, the UCLA graduate teamed up with Mafioso Joey Gambino and signed up for a lucrative heroin deal. In addition, he also conspired to kill the judge and witness, hoping to avoid his conviction.

However, the scheme did not work out. And most of Darryl Henley's net worth was spent on paying his attorney and bail fees. Nevertheless, he was not the only one to suffer financially. Henley's parents lost their home to foreclosure as they spent about $100,000 trying to get Henly and his brother, Eric out of prison.

Henley has not spent a night out since his arrest in March 1995. However, before that, the LA native was linked to a couple of romantic relationships. The first one was Darryl Henley's ex-girlfriend, Tracy, who also served as a key witness during his trial.

The now-estranged couple first met when Darryl was playing for the Rams. His former partner, Tracy, was a cheerleader for the organization. Darryl Henley's ex-girlfriend later testified that Darryl forced her to smuggle cocaine during their relationship.

Henley Has A Lovely Daughter With His Wife

Fast forward a couple of years, and the 5-foot-9-inch athlete got involved in another relationship and even got married. And Darryl Henry's wife, Alisa Henley was by his side during his sentencing. The couple reportedly got married when the former NFL player was serving his sentences.

Alisa Henley has also given birth to Darryl Henley's daughter, Gia Henley. And despite her father's wrongdoings, Henley's only child shares a great bond with him. 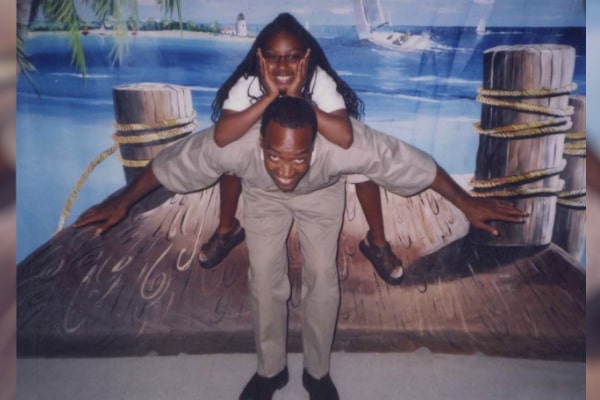 Additionally, Gia also prays every night, wishing for her father's return. Moreover, she has already completed her college studies and is an adult now.

We hope Darryl Henley's daughter continues to prosper despite the athlete's absence in her life.