7 American Football Players Who Have Been Convicted Of Multiple Crimes

Home Crime & Rumor 7 American Football Players Who Have Been Convicted Of Multiple Crimes.

Here are seven American football players who have been convicted of multiple crimes. Image Source: Pxfuel.

There is no other sport that can create as much suspense and excitement in public as football. With billions of supporters all around the globe, football has undoubtedly become one of the most-watched sports in the world. When we think about football, we imagine a cheerful crowd, the thrill of the game, the triumphs of our favorite teams, and so on.

Surprisingly, we rarely consider sports to have a dark side. The side of football that has nothing to do with fair play and is somewhat entwined with hatred, envy, boastfulness, disobedience to all rules, sadistic enjoyment in witnessing bloodshed, and sometimes even unforgivable criminal activities.

This type of behavior can most commonly be seen in American football players, where some players believe they are entitled to be above the law. Some players think they can get away with or buy their way out of anything. But, most of the time, they aren't as fortunate as they believe to be.

That being said, here are seven American football players who have been convicted of multiple crimes.

Samuel George Hurd, popularly known as Sam Hurd, is a retired American footballer who played in the National Football League with the Dallas Cowboys and Chicago Bears. However, Hurd's professional football career was cut short on December 14, 2011, when he was arrested for attempting to purchase and distribute large amounts of cocaine and marijuana. 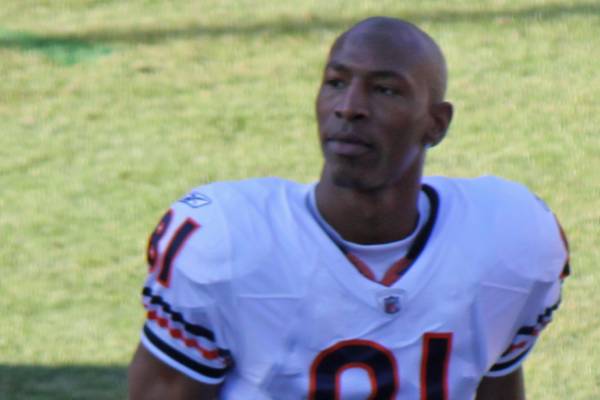 Sam Hurd is a football player who has been convicted of various offenses. Image Source: Wikimedia Commons.

Sam was released on bail and returned to Texas. But he quickly got into problems again, this time for failing two drug tests. As a result, in August 2012, a magistrate judge revoked his bail and ordered him to return to jail.

Later, Samuel pleaded guilty and was sentenced to 15 years behind bars on November 13, 2013. The ex-football player is currently incarcerated at the Federal Correctional Institution in Bastrop and is set to be released on May 17, 2025.

Former American football cornerback in the NFL (National Football League), Darryl Keith Henley is well-known among football enthusiasts. However, few people are aware of the crimes Darryl Henley has committed throughout his life.

Henley was enjoying the achievement for which he had worked his entire life and was slowly fulfilling his dream of becoming one of the best football players in the world.

Unfortunately, his dream was dashed when he was convicted of cocaine trafficking in March 1995. He was sentenced to 20 years in prison. While the conviction was a huge blow to his life, things only grew worse from there.

Only two years into the sentence, the former cornerback was sentenced to another 21 years, when Darryl pleaded guilty to hiring an assassin to murder his sentencing judge Gary Taylor and a witness Tracy Donaho who testified against the former NFL star in the case.

The former football star is currently serving a 41-year prison sentence where he is reflecting upon his past mistakes.

Johnny Ray Jolly Jr. was a successful defensive tackle who had worked his way to the top. However, even though he was improving on the field daily, his personal life was tainted by substance usage and addiction. Jolly's drug addiction soon ruined his career.

Often referred to as the American football player who sold his career for codeine, Johnny Jolly has been convicted of narcotics possession multiple times. The Housten police first arrested Johnny Jolly for possession of at least 200 grams of codeine on July 8, 2008. However, his charges were dropped in December 2009. 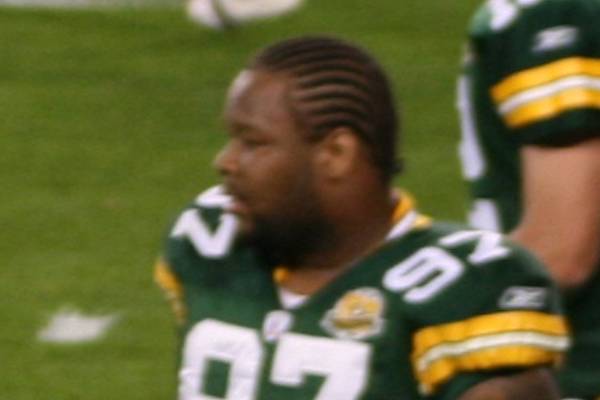 Unfortunately, the former football player was arrested once again on March 25, 2011, after police allegedly found around 600 grams of codeine in his car. Additionally, he was caught driving with a suspended license.

As a result, Jolly was sentenced to 6 years in prison for possession of narcotics in addition to violation of his previous probation. Nonetheless, he was granted an early release with shock probation on May 15, 2012.

However, in 2017, the former NFL player was yet again arrested on drug charges. Jolly, on the other hand, alleges that the medications belonged to his sick grandma. It is unknown whether or not his reasoning is genuine, but for the time being, the player is receiving the help he requires and living happily with his family.

Maurice Edward Clarett is a former American footballer who played as a running back for the Ohio State Buckeyes football team. The sportsman was undoubtedly an admirable figure among the football fans.

However, in 2006, Clarett's life took a drastic turn after being arrested and charged with armed robbery and possession of guns. He was then released on a $50,000 bond, and Clarett pleaded not guilty to aggravated robbery charges. Consequently, he was released on $20,000 bail until his trial. 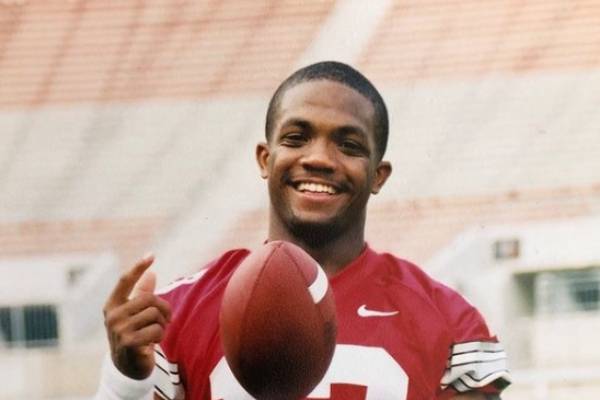 However, Maurice Clarett's bond was increased to $1.1 million after a hearing when his attorneys, William Settina and Robert Krapenc, filed a motion claiming that the athlete had not paid their fees. Following this, Clarett pled guilty on September 18, 2006, and was sentenced to seven and a half years in jail but only served three and a half years.

Everything looked to be going well until he was detained again in 2016 on charges of driving while intoxicated. To make matters worse, Clarett refused to take a blood alcohol test and was sentenced to 60 days in the Morrow County Correctional Facility and a $1,000 fine after pleading guilty to his DUI charge in February 2016.

However, there have been no further misdeeds on his behalf since then, and the former football player is now living a normal life.

Whether it is physical or emotional, childhood trauma has long-term consequences. The former Canadian football and American football running back Lawrence Phillips was frequently subjected to childhood abuse, and his entire life was affected by his traumatic upbringing. Moreover, according to studies, childhood maltreatment increases the risk of criminal involvement as an adult and it seems like Lawrence Lamond Phillips is a prime example of it.

The former footballer has been charged and arrested for several offenses. Phillips was first arrested for assault on August 21, 2005, after crashing his car into three teenagers during a football game in Los Angeles, California.

However, upon investigation, it was found out that the San Diego Police Department also wanted the athlete in connection with two alleged domestic abuse incidents involving an ex-girlfriend, who claimed that the sportsperson had choked her to the point of unconsciousness. 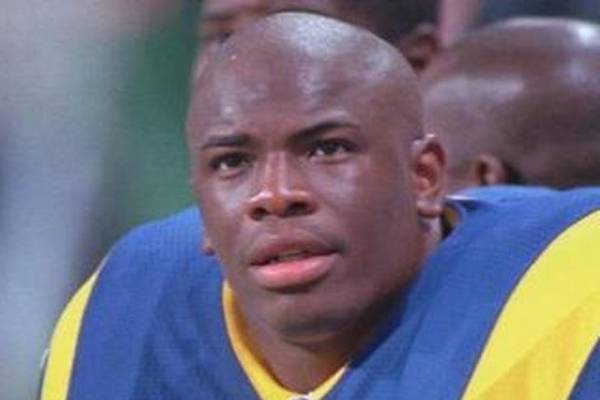 Following a trial in March 2006, he was found guilty on seven counts and sentenced to ten years in a California state prison, which was later reduced to seven years. However, while serving his sentence, Phillips was once again convicted of assaulting his former lover Amaliya Weisler in August 2009. Consequently, he was sentenced to 25 years to prison in addition to his previous sentence.

To make the matter worse, the footballer was charged with the murder of cellmate Damion Soward. Later, the running back was charged with first-degree murder, and the prosecutor was granted a motion to reconsider the death penalty.

However, while awaiting trial, the footballer was discovered unresponsive in his cell and later pronounced dead, and Phillip's death was ruled a suicide. Lawrence was later buried at the Inglewood Park Cemetery in Inglewood, California.

Do you believe Phillips' life would have ended out differently if not for the tragedy he experienced as a child?

Widely referred to as the most hated man in Saints history, Russell Erxleben is a former American football kicker who used to play in the NFL. However, after a long and successful career in football, Erxleben became a currency investor and established the Austin Forex International in Texas. And soon after, his troubles began.

However, following a tip, the Texas State Securities Board and the Internal Revenue Service launched an investigation, and Erxleben eventually pleaded guilty of having committed multiple investments frauds. On September 18, 2000, Russell was sentenced to 84 months in prison by United States District Court Judge James R. Nowlin. 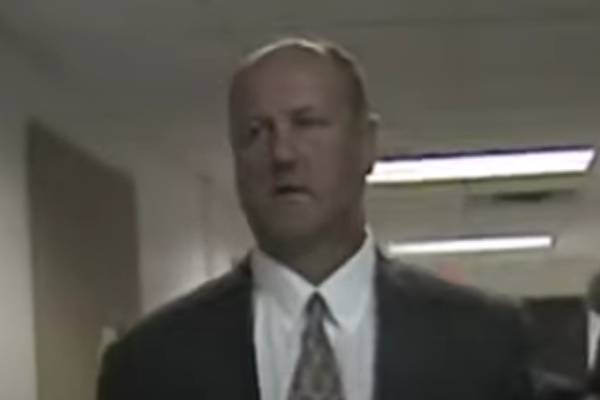 Russell Erxleben is a former American football kicker who played in the NFL and has been charged with money fraud many times. Image Source: YouTube.

Following his sentence, Erxleben spent seven years in federal prison from 2000 to 2007 after pleading guilty to money laundering, mail fraud, and securities fraud, among other things. The former football player was also ordered to pay a total of $28 million in restitution plus a one million dollar fine.

Although the player was sentenced to 84 months in prison, Russell was released in 2005 on supervision. Nonetheless, even while in prison and upon his release, the football player continued his criminal activities.

Unsurprisingly, Erxleben was arrested again on January 24, 2013, on several federal counts relating to an alleged Ponzi scheme. And in December 2013, Erxleben pled guilty to wire fraud and money laundering charges and was sentenced to 90 months in jail on February 24, 2014.

Following his release on July 19, 2019, he appears to be regretful and apologetic for his irresponsible actions. Furthermore, the athlete has not been involved in or arrested for any other crime.

The former American Seattle Seahawks quarterback, Trevone Dequan Boykin, is best known for the numerous charges he faced during and after his career ended. Despite having an excellent reputation on the field, the quarterback has been charged and arrested for various crimes throughout his career.

Trevone Boykin was first arrested on December 31, 2015, when he punched a patrol officer in San Antonio, Texas, after a bar fight. Boykin was then charged with assault, public intoxication, and resisting arrest. In addition, the player was fined a $5,000 bond and suspended from the 2016 Alamo Bowl.

Trevone, on the other hand, pleaded no contest and was released on a year's probation. Despite this, he was still fined $1,500 and required to complete 80 hours of community service.

Similarly, the former football player was taken into custody on March 27, 2017, when the vehicle he was riding in slammed into a bar in Dallas, Texas. Following an investigation, Boykin was charged with marijuana possession and public intoxication, and he was released on bail after signing a $500 bond. However, he was arrested soon after for violating his probation.

The worst of his misdeeds, though, include being charged with being abusive and frequently beating up his girlfriend Shabrika Bailey, for which he received a three-year prison sentence after pleading guilty to aggravated assault and witness tampering.

The following video shows, Shabrika talking about the incident where Trevone assaulted her.

The formal footballer was condemned on February 27, 2020, and is currently serving his time in prison. Let us hope that Boykin's problematic behavior does not continue after he is released.

While some of the above-mentioned players had already retired, others lost their careers after committing various crimes. It is surprising how even after finding success and fame some people waste it all by getting involved in illegal activities.