Ted Bundy was a notorious killer who killed and raped many women in different states of the USA. Image Source: YouTube.

American serial killer Ted Bundy was one of the most notorious criminals of the late 20th century. He is known to have killed more than thirty women in the 1970s. But many believe that there are several unknown victims.

Bundy, who had disturbing childhood, is one of the most feared and terrifying serial killers in US history. His crimes and biography have been a subject in songs, and books have also been written about him. Let us learn more about Ted Bundy's biography and his crimes.

Ted Bundy was born Theodore Robert Bundy on November 24, 1948, in Burlington, Vermont, USA. He was born to Eleanor Louise Cowell, who later went by Louise Nelson for some reason. His biological father's identity may never be confirmed because Ted's birth certificate lists his father as "unknown." To prevent Ted from being teased and outcasted because he was an illegitimate child, Louise's parents Samuel Cowell and Eleanor Cowell, took on the role of being Ted's parents. For several years, Ted grew up thinking his mother was his sister.

In 1951, Louise moved to Tacoma, Washington with Ted, and there she got married to Johnnie Bundy. He adopted Ted and changed his surname from Cowell to Bundy. Though Ted took his stepfather's surname, he reportedly didn't have much respect for him. He also had a strained relationship with his mother when he discovered that he lived his whole life under untruth and uncertainty. As time went by, Louise and Johnnie had four more children. Bundy had to adjust to not being an only child and expressed a feeling of being unloved. 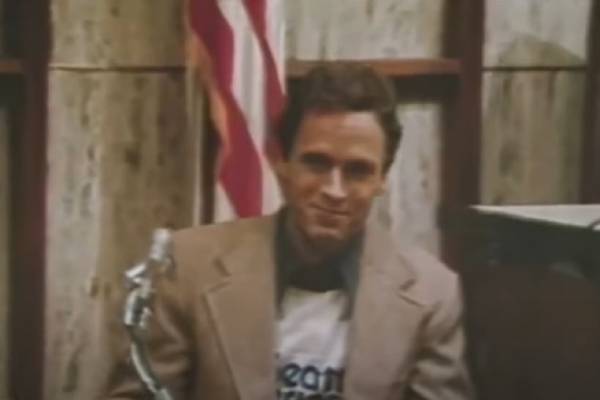 Despite the circumstances at home, Bundy performed well in school. Bundy attended Woodrow Wilson High School and graduated in 1965. After graduation, Bundy entered the University of Puget Sound, where his mother worked as a secretary. After twelve months at Puget, Ted transferred to the University of Washington because he had difficulty making new friends as most of his peers came from wealthy backgrounds, and he came from a working-class family. He graduated with a degree in psychology in 1972 from the University of Washington. He showed great promise in a career in law or politics and had been accepted to law school, although he would never earn his degree.

Ted suffered from acute shyness and was socially awkward. Despite all this, he had a girlfriend named Stephanie Brooks, a wealthy, pretty young woman from California, and had everything he wanted: money, class, and influence. He fell in love with her during his freshmen year at the University of Washington, and then they got into a relationship. Ted was devasted when Stephanie broke up with him at the time of her graduation. It was later ruled out that many of Bundy's later victims resembled his college girlfriend- attractive students with long, dark hair.

With his handsome and charismatic appearance, it was easier for Bundy to lure in his victims and make them trust him. Just like other women, Carole Ann Boone also believed in his innocence. But the only difference is that she fell for his charismatic appearance till the end and even got married to him. They met when they worked in the Department of Emergency Services in Olympia, Washinton, in 1974. However, both of them were in separate relationships, so their relationship didn't start until a few years later. Boone was going through a divorce and taking care of her son, James. At the same time, Bundy was dating his long-term girlfriend, Elizabeth Kloepfer. 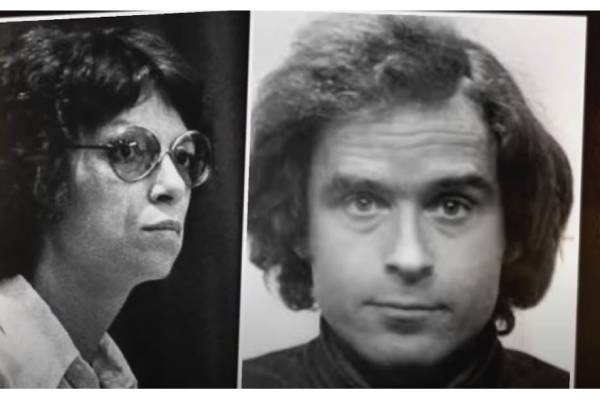 Ted Bundy got married to Carol Boone in the courtroom. Image Source: YouTube.

After a certain time, they drew closer and got into a romantic relationship. Unlike other couples, Ted and Carole got married in a quite different way. Carole used to believe that Bundy was innocent and was by his side, consistently fighting to support him the whole time he was in court. She even helped him to escape from the prison. According to Film Daily, to appeal to the jury's softer side, Ted proposed to Boone in the courtroom. They even declared themselves married in front of a judge. Boone used to visit him regularly, and during these visits, two conceived their child Rose Bundy who was born in 1982. But just three weeks before his execution, Boone learned about Ted's sadistic acts and decided to divorce Ted and moved back to Washington with James and Rose.

Aforementioned, Ted Bundy is one of the most notorious serial murderers of all time, who abducted and murdered at least 36 young women through the 1970s. However, experts believe that his number of victims could be even higher.

Nobody in their right mind would've thought a person like Bundy, who was handsome and had good performance academically, could commit such a heinous crime. It is believed that Bundy started his blatant acts around 1974 when many young women in the Seattle area and nearby Oregon went missing. Nobody knew who was behind all this but stories circulated about some girls being in the company of a dark-haired man known as Ted. His method was to approach his potential victim by pretending to be injured and asking for their help.

Bundy then moved to Salt Lake City and enrolled in law school at the University of Utah in the fall of 1974. Women began disappearing there as well. Authorities didn't know what they were dealing with as he left no clues and trace marks. Bundy then moved to Colorado, and there too, women start disappearing. Few of the lucky women who could escape from him could provide information about his appearances and the van he used to lure the victims. The victims looked similar- white, thin, and single with long hair parted in the middle and had a striking resemblance to his ex-girlfriend, Stephanie Brooks.

On the night of 14th January 1978, Bundy escaped from the prison and broke into the Florida State University's Chi Omega sorority house. There he attacked four of the young residents killing two of them.

How Was Ted Bundy Caught?

In the fall of 1974, when Ted moved to Utah to attend law school, he was pulled over by the traffic police for a driving violation. Police discovered handcuffs, an ice pick, a crowbar, pantyhose with eye holes cut out, and other questionable items searching his vehicles. They also found out the front seat on the passenger side of his car was missing, and they arrested him on suspicion of burglary.

In November 1974, a woman named Carol DaRonch was attacked at a Utah mall by a man dressed as a police officer. Luckily, she managed to escape and described the man, his car, and the blood sample that she got on the jacket while fighting him. Later, when Ted was arrested on suspicion of burglary, they found out Carol's description matched him. He was then found guilty and was sentenced to prison for 15 years. Police soon ruled out that he was directly involved with Colorado murders, and he was extradited from the Utah prison to Colorado for the trial. He served as his own lawyer and successfully escaped by jumping out of the law library window.

Bundy was recaptured within a week, but he again managed to escape a second time on December 30, 1977, and made his way to Tallahassee, Florida. He resumed his killing spree and was arrested in Pensacola for driving a stolen vehicle. He then went on trial for the murders of the sorority women in Florida on June 25, 1979. Bundy again went on trial for killing Kimberly Leach on January 7, 1980. He was found guilty on both murder charges. Hence, he was given two death sentences through the electric chair.

On January 24, 1989, Ted Bundy was executed at Raiford Prison in Starke, Florida. Before execution, he confessed to the murders of around 36 women.

Ted Bundy's life has been the subject of countless books, movies, and documentaries, throughout the years. Mark Harmon was featured as Bundy in a 1986 television movie, The Deliberate Stranger. Similarly, Zac Efron and Lily Collins starred as Bundy and Kloepfer respectively in Extremely Wicked, Shockingly Evil, and Vile. A documentary named Conversations with a Killer: The Ted Bundy Tapes featuring archival footage and audio recordings of Bundy was released in 2019.

Along with the movies and documentaries, several notable books have been published on Bundy's crimes. Some of the books, along with the writers, are given below:

Due to the violent crimes he committed throughout his life, Ted Bundy is one of the most recognized criminals in American history. While he has faced the consequences for his actions, the family members of his victims have to live with their tragedy for years to come.