The young serial killers tend to kill either infants or someone who cannot defend them. Image Source: Grunge.

The history of humankind has seen its best and worst. While a part of humanity desires peace and love, there's the other part with worst and worst scenarios. As you type heinous acts on your computer screen, the list comes with extermination, murder, rape, torture, and the list continues. Among these, serial killing or murders are some of the most disturbing and horrifying crimes in the history of humankind.

Serial killers or murderers are those who kill two or more people for their revenge or thrill-seeking or for any reason. While we hear about most of the serial killers, they are either in their twenties or above that. But, there are some of them just below 10 or in their teens. How about we learn more about the top 5 youngest serial killers in the world.

Who would've thought a 16-year old guy has already killed four people. Craig Price had murdered four people in his Rhode Island neighborhood on the east coast of the USA between the age of 13 and 15. He committed his first murder at the age of 13 when he stabbed a neighborhood girl, Rebecca Spencer, 58 times, to death after breaking into her house. However, he was successful in not getting caught for the crime he had committed.

Two years later, Craig was a freshman in high school, and that's when he murdered three other people them too, from his neighborhood. In September 1989, while high on marijuana and LSD, he broke into the house of 39-year-old Joan Heaton and killed Joan and his 10-year-old daughter, Jennifer Heaton, and 8-year-old daughter, Melissa Heaton. He had stabbed Joan 57 times, Jennifer 62 times, and had crushed Melissa's skull, and inflicted 30 stab wounds. He brutally stabbed them that the handles broke off the knives he had used, and the blades stayed inside of the victims' bodies. 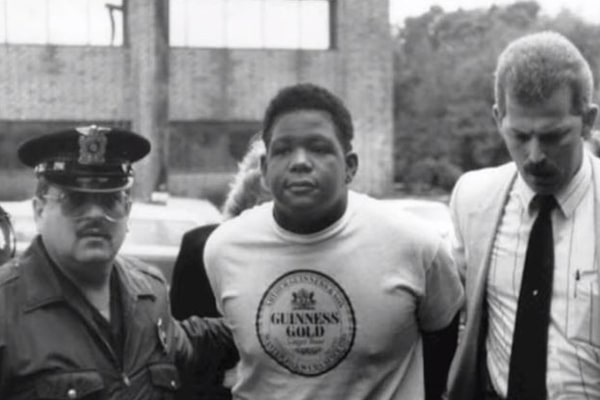 After getting caught, Craig had no remorse when confessing his crimes, and as for the motive behind four brutal murders, he believed that exposure to racism by whites as a young child was the factor in the murders. He also cited that the first time he wanted someone to die was as a child when a group of adults shouted some racial slurs at him.

In March 2009, he was denied parole, and the release date was set for May 2020. Due to his violent tendencies, Craig was transferred to Florida from Rhode Island in 2004. After a prison fight in July 2009, he was transferred to another facility. In 2019, Craig was sentenced to 25 years after he was accused of stabbing fellow inmate Joshua Davis at the Suwannee Correctional Institution in Live Oak, Florida, in April 2017.

The fourth one in the list of the top five youngest serial killers is Jasmine Richardson, who murdered the three members of her own family in Medicine Hat, Alberta, Canada, in April 2006. Jasmine, who was 12-year-old while killing them, was assisted by her 23-year-old boyfriend Jeremy Steinke, who now goes by the name Jackson May.

The bodies of wife Debra Richardson, husband Marc Richardson were found in the basement of their house, and the body of their son Tyler Jacob was discovered upstairs. The only person that was absent from the home at that time was their daughter Jasmine. It was also featured that she might have also been a victim. However, she was arrested the other day in the community of Leader, Saskatchewan, about 130 kilometers away, with her boyfriend, Jeremy. They both were charged with the three murders, and Jeremy's friend, Kacy Lancaster, was charged in May 2008 for being an accessory, as she had driven them away in her pickup truck and disposed of the evidence. 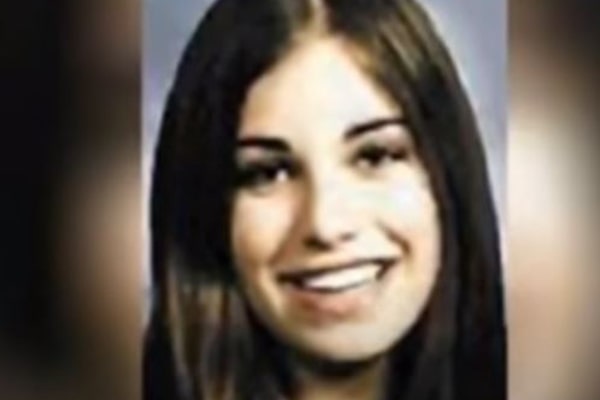 Jasmine Richardson murdered her parents and siblings along with her boyfriend. Image Source: Social Media.

According to Jasmine's friends, she was punished by her parents for dating Jeremy as they had a huge age gap difference. It was speculated that this might be the reason behind three cold-blooded murders. Later on, after investigation, it was discovered that they had made a promise to kill anyone who came in the way of their so-called love.

In November 2007, Jasmine was sentenced to the maximum penalty of 10 years, which also included eighteen months already spent in custody, followed by four-and-a-half years under conditional supervision in the community and four years in a psychiatric institution. During the final years of her sentence, in September 2011, she began attending classes at Mount Royal University in Calgary, Alberta. That same year, she was released from her sentence at a psychiatric hospital. In May 2016, she completed her sentence and was freed of any further restrictions, supervision, or any further court-ordered conditions.

Talking about Jeremy Steinke, he had admitted to his crimes in a conversation with an undercover police officer while in custody. He was found guilty by a jury on three counts of first-degree murder of those three victims in 2008. In December 2008, he was sentenced to each life sentence for a first-degree murder count. And on the other hand, Kacy Lancaster was pleaded guilty and received in year house arrest as part of the plea bargain.

As we dig on the list of youngest serial killers, Mary Bell's name can't be hidden. Mary, born Mary Flora Bell, is an English woman who caused a sensation in 1968 after killing two small boys aged 10-11. She had a traumatizing childhood as she had survived extensive physical, sexual, and emotional abuse. Mary's mother, Betty McCrickett, was a prostitute, and she had even tried to kill her own daughter on more than one occasion. On one of those occasions, Betty was witnessed giving pills to Mary as sweets. She has even forced her daughter to engage in sexual acts with men.

In May 1968, a day before her 11th birthday, Mary asphyxiated the four-year-old Martin Brown in an abandoned house. A couple of days later, a local nursery school was broken, and upon investigation, police found four notes, one of which referred to the death of Martin. In July 1968, three-year-old Brian Howe was found dead on the wasteland of Scotswood Road. He had numerous small cuts on his body, and it was found that he had also been strangled. After interviewing twelve hundred children, Mary and Norma Joyce Bell (no relation to each other) were suspected of the murder. 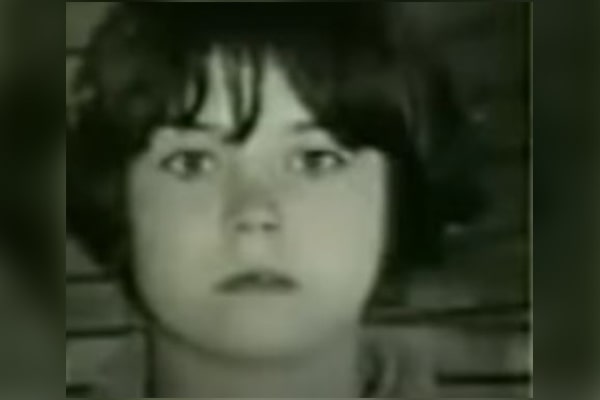 However, during the ongoing investigation, each accused the other of "squeezing" Brian's throat. Mary accused Norma of making cuts in his body, including Norma's initial "N." In August 1968, both were arrested and charged with murder. In December the same year, Mary was found guilty of manslaughter and was sentenced to life imprisonment, while Norma was acquitted. She was transferred to Moore Court open prison after she had spent eight years in young offenders institutes. But, she escaped from there with two boys and was eventually found in two days.

In 1980, Mary was 23 years old when she was released from HM Prison Askham Grange, where she served for 12 years. She was also granted anonymity along with her daughter. Her daughter's anonymity was originally protected only until she reached the age of 18. But in May 2003, Mary won a High Court battle to have her daughter's and her own anonymity extended for life. After that, any court order to protect the identity of any individual is consequently known as a "Mary Bell order."

Bell was reported to have become a grandmother in 2009. She has also been the subject of two books by Gitta Sereny, The Case Of Mary Bell and Cries Unheard: The Story of Mary Bell. Similarly, her brief prison escape was the subject for a Screen Two teleplay on the BBC. Her case was also used as the basis for a 1999 episode of Law & Order.

One of the few murders that caused as much uproar as Mary's case was the murder of James Bulger, a 2-year-old boy who was killed by Robert Thompson and Jon Venables, of age 10. In February 1993, they took James by the hand and led him out of the New Strand Shopping Centre in Bootle. The CCTV evidence from the shopping center showed the boys stealing various items like sweets, some batteries, a troll doll, and a can of blue paint.

Robert and Jon took James to the Leeds and Liverpool Canal, which is a quarter of a mile from the shopping center. There they dropped him on his head, which led him to suffer injuries to his face. One of the boys threw blue Humbrol modeling paint into Brugler's left eye. They threw bricks and stones at him and stamped on him. Furthermore, they placed batteries on his mouth and then dropped a 10-kilogram iron bar, which as a result, sustained 10 skull fractures. After that, they laid his body across the railway track, and his body was cut in half by a train after they left the scene.

James's body was discovered two days later, and the police initiated their investigation. With the CCTV evidence, they were investigated as a prime suspect. When the evidence confirmed they were the murderers, both of them were charged with the murder of two-year-old James in February 1993. In November 1993, the boys were found guilty, they were sent to a young offenders' institute, and there they stayed until the age of 18 in 2001. They were issued with new identities after leaving.

Venables's identity has been changed twice due to security reasons. And in February 2018, his current identity faced a legal threat when James's dad launched High Court proceedings to try and remove his entitlement to anonymity but eventually lost his legal challenge. Even after being released from prison, Jon was arrested for several crimes like a drunken fight, possessing images of child sexual abuse, and many others. On the other hand, Robert's identity is protected by an unprecedented injunction. This means even searching for his address could result in a prison sentence. Unlike James, he has not been re-offended since his release.

Amardeep Sada is currently the youngest serial killer in the world, having killed three people by the age of eight. He is from the Begusaray district in Bihar, India, and belongs to an extremely poor family. In 2006, he first killed his six-year-old cousin, and shortly after that, he is believed to have murdered his own eight-month-old sister. While his parents were aware of his actions, they chose to keep quiet by considering it as "family matters." 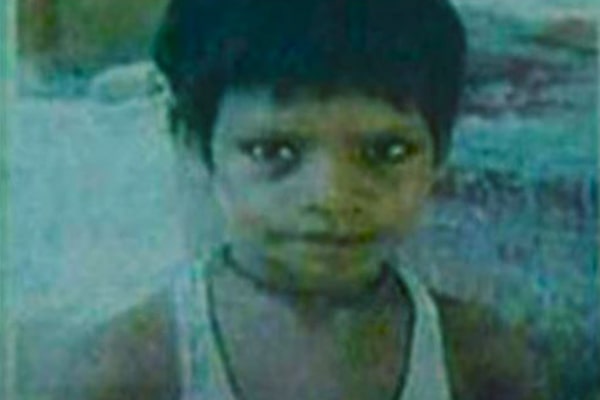 Their preference to be quiet about his actions led to another murder in 2007 when he allegedly murdered a neighbor's six-month-old daughter named Kushboo. The baby was left alone by her mother at a primary school to sleep while she did chores. But upon returning, the mother discovered that Kushboo was gone. As the villagers were known about Sada's past crimes, they confronted him, and he apparently confessed to the police. According to the police, he had no remorse in describing how he had murdered and buried the baby. He even showed the place where he had buried her, and after police arrested him, he confessed about his past crimes.

Furthermore, police were amazed by Sada's reaction during the investigation, when he just smiled and asked for biscuits while questions were being asked to him. He was put in a children's home until he turned 18 and now has faded out of the public eye.