Are you in for a love story? But this is not the story of the star-crossed lovers who lived and died together or the two college sweethearts who separated only to meet again years later. Instead, this is the story of an alleged serial killer and his lawyer's daughter, who was once his translator.

The said couple shares a peculiar relationship. No, not just a huge age gap of almost 44 years but also the ill-fated relationship between the defendant and the lawyer. Keep reading until the end to know everything about the real-life Joker and Harley Quinn duo, from the time they met to their marriage and up until now.

What exactly could lead a person into such a life? Could it be the parent's negligence? Peer pressure? or are we born who we are? Charles Gurumukh Sobhraj Hotchand Bhawnani, also known as Charles Sobhraj, was born in Saigon to an Indian father and a Vietnamese mother. He had a troubled childhood and grew up stateless because his father denied paternity.

Charles Sobhraj's mother married a french army lieutenant who took in Charles as well. His parent's negligence towards him could have led him to drift off the moral path and begin committing petty crimes. Charles didn't start as a murderer; he used to get charged with burglary and scams.

Sobhraj has three children, Pranck and Muriel Anouck, with one of his girlfriends Chantal Desnoyers, and Usha, with his first wife, Chantal Compagnon. They got divorced in 1969. Charles continued living his life as he always used to. Due to his multi-ethnic background, he was fluent in many languages, which could have helped him find his next target and befriend them more conveniently.

Nihita Biswas' husband, Charles's different language-speaking ability had passed him off as an Israeli scholar, a Lebanese textile merchant, and many other things. He was named Serpent due to this very reason. He went on a crime spree in Thailand, Nepal, and India in 1975 and 1976, which made him Interpol's most wanted man. He used to drug and rob the people he met along the way. His crimes eventually started to grow, and have a long record of killing numerous people earning him the nickname "The Bikini Killer."

Another infamous serial killer who went on a bloody rampage is Jeffrey Dahmer. Dahmer killed and dismembered seventeen boys and men between 1978 and 1991.

After a long history of crime and running away, Sobhraj retired to comfortable suburban life in Paris. But in 2003, he returned to Nepal, where his double murder case from 1975 got reopened. The serpent was sentenced to life imprisonment, and this is when he met his now wife, Nihita Biswas.

The couple met in 2008 when Charles Sobhraj's wife went to meet him as an interpreter. She had completed high school and was working as a part-time interpreter. Upon reaching there, she learned that the main interpreter had already left, and she handled the rest of the job. The duo was attracted to one another on their first meet. Biswas showed no issue with being 44 years younger than Charles. 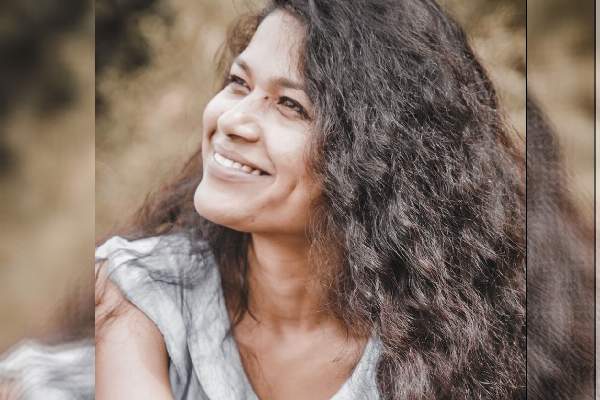 As the duo met daily, their relationship moved forward. The couple got engaged within 2 months of meeting each other. Many people wonder what charm the man possibly had to make people fall for him in no time. Well, Charles was known for his suave and charming personality.

According to an interview given by Nihita, she was attracted by Sobhraj's humbleness and how he treats those closest to him. She never followed the rumor and believed what she knew about him. In 2008, the lovebirds tied the knot in a ceremony that took place inside Kathmandu Central Jail.

Charles Sobhraj's spouse often claimed that he was innocent and the charges that were against him were baseless and false. She became famous for marrying him and again became headlines after taking part in season 5 of the popular television show, Big Boss.

With his infamously long criminal record, his motives have never been clear. But the bikini killer has been accused of at least 20 murders and serving jail time in Nepal since 2004. Initially, when he was charged with conviction, he expressed dismay towards the country's judiciary after he received a twenty-year sentence.

Charles Sobhraj's wife, Nihita Biswas, a Law graduate from Nepal Law Campus, Tribhuvan University in Nepal, and her mother, Shakuntala Biswas, made corruption allegations against Nepal's judiciary after Charles was sentenced to life imprisonment. For this statement, the mother-daughter got arrested and imprisoned for 24 hours for their abominable statement.

Due to Nihita's constant effort and the battle, he finally got released on the grounds of poor health and old age. In December 2022, he walked out of a high-security jail in Kathmandu and was extradited back to France. On the day of his release, Nihita talked to the press and expressed how elated she was and worried about Charles's safety.

At the time of their wedding, the couple had revealed their plan on writing a new book together, which would include their love story and how they found love in the most bizarre circumstances. So, only time will tell if the duo will work together to make their plan successful.

But reportedly, the news regarding their breakup is circulating since Sobhraj did not meet her when he was released. During the interview before Charles's release, Nihita was visibly uncomfortable talking about their relationship and tried to keep her answers as professional as possible.

So has the couple called it quits? Moreover, has Charles changed and will now continue to walk on the moral paths leaving his past behind? We shall have to wait and see.