Martha Beck and Raymond Fernandez were a serial killer couple from America who were convicted of one murder. They were known as the Lonely Hearts Killers and have also been known to have committed two more murders. Although the evidence suggests that the killer duo may have killed four people, they were suspected for as many as seventeen people from 1947 to 1949.

After getting arrested in 1949, both of them confessed to their crime and were executed by an electric chair. The duo was named "the Lonely Hearts Killers, the Serial killer Couple, and The Honeymoon Killers." Their murder history and life have become the basis for several books, movies, and shows. For now, let's learn more facts about Raymond Fernandez and Martha Beck.

Martha Jule Seabrook, aka Martha Beck, was born on the 6th of May, 1920, in Milton, Florida. She was overweight and underwent puberty prematurely allegedly of a glandular problem. She had also claimed that her brother had raped her, and when she had told her mother about this, her mother had beaten her.

After graduating from school, she studied nursing. Despite the nursing degree, Martha had a difficult time finding a job due to her weight. Initially, she took a job as an undertaker's assistant and prepared female bodies for burial. Then, she quit that job, moved to California, and began working as a nurse in an Army hospital. 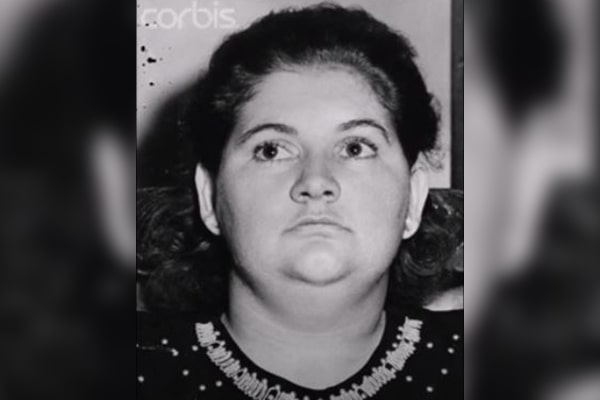 While working in the hospital, Beck became pregnant and tried to convince the father to tie the knot with her. But in vain, sadly, she had to return to Florida as a single and pregnant woman. There she told the people that her baby father was a serviceman she married, and he was killed in the Pacific Campaign. The town believed her story, mourned her loss, and even published her story in the local newspaper. After the birth of her daughter, Willa Dean, in 1944, she became pregnant for the second time by a Pensacola bus driver named Alfred Beck. They got married, but their marriage didn't last for more than six months. Nevertheless, they shared a son Anthony Beck.

Raymond Fernandez was born Raymond Martinez Fernandez on the 17th December 1914 to his Spanish parents in Hawaii. At the age of 3, he moved to Connecticut with her family. As he grew up, during his teenage years, he moved to Spain, and there he began working on his uncle's farm. At the age of 20, he got married to a local Spanish woman named Encarnacion Robles and had 4 children with her. However, he abandoned his family there and returned to the USA. 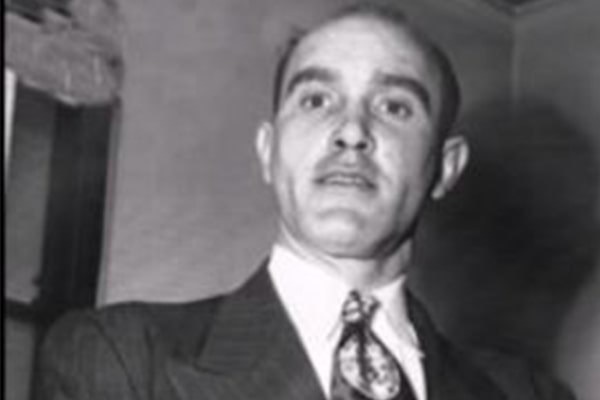 Raymond Fernandez suffered a severe had injury after a steel hatch fell into his head. Image Source: Social Media.

Raymond used to serve in British Intelligence during World War II. After serving there, he decided to seek work and boarded a ship bound for America. There, a steel hatch fell on top of him, resulting in fractures in his skull and injuries in his frontal lobe. The damages sustained by the injury might have affected his sexual and social behavior. After he was released from the hospital, he boarded a ship to Alabama, and he stole a large quantity of marked clothing and items from the ship's storeroom. He was arrested while trying to pass through the customs and was sentenced to one year at the Federal Penitentiary in Tallahassee, Florida. While he was still in prison, his cellmate converted him to have a belief in black magic and voodoo. He later claimed that he had irresistible charm and power over women due to this black magic.

Martha And Raymond Were In Relationship

As mentioned earlier, Fernandez had claimed that the black magic and voodoo that he had learned from his cellmate in prison helped him have an irresistible charm and power over women. After getting released from prison in 1946, he moved to Brooklyn, New York, to live with his sister, and he joined a local lonely hearts club and began answering personal ads by lonely women. He used to seduce dozens of women, wine and dine with them, and steal their possessions and money. It was how he met Beck.

Following the divorce, the mother of two children, Martha, was also unemployed, and she wanted to escape into a fantasy world. She bought romance magazines and novels and began watching romantic movies. She also began working at the Pensacola Hospital for children in 1946. In 1947, she placed a lonely hearts ad, and Fernandez answered it. They wrote a few letters and met each other. Fernandez thought she had money, but rather she turned opposite to what he had expected. After the meet, Martha told everyone that they were to be married and made preparations in Milton, Florida, while he returned to New York. Moreover, she was fired from her job and then arrived at his doorstep in New York.

Raymond was interested in how she followed his every whim, and when he learned she was willing to leave her children for him, he thought it to be a sign of unconditional love. He then confined everything and his criminal enterprises to her. Martha agreed to become his partner and sent her children to the Salvation Army.

As stated earlier, Raymond used to answer personal ads by lonely women, and he used to use them, seduce them, and steal their wealth and possessions. In one case, he met a woman, Jane Lucilla Thompson, who was divorced and used to run a New York City boarding house with her mother. They started a relationship and traveled to Spain together. There he introduced the woman to his ex-wife. After that, they had a fight, and she had threatened to return to the USA alone. But, the next morning, she was found dead in her hotel room. The cause of her death was identified as a heart attack by gastroenteritis. He returned to the USA and showed Thompson's mother a forged will that named him as Thompson's only heir.

After confessing to Beck, she posed as Raymond's sister-in-law or sister, and they continued to scam those with lonely hearts. Fernandez used to lure the victims by emotionally using them and steal from them. The first victim of the evil play of Beck and Raymond was Janet Fay. She and Fernandez became engaged, and she went to reside in his apartment. Beck was extremely jealous, and she used to make sure Fernandez and his "intended" never consummated their relationship. And if she found out they had sex, both of them were subjected to Martha's violent temper.

When Martha saw Fernandez and Janet were in bed together, she was enraged, and she smashed her head in with a hammer, and then Fernandez strangled her. After Janet went missing, her family became suspicious, and both of them moved to a new victim.

Martha and Raymond moved to Byron Center Road in Wyoming Township, Michigan, where they met Delphine Downing, a young widow, and her two-year-old daughter. They stayed with her, and when she became agitated, Raymond gave her sleeping pills to calm her. The daughter saw all the activity and began crying, which enraged Martha, who later choked her but didn't kill her. He thought that Delphine might see her bruised daughter, so he shot her. They stayed with the daughter for few days, but after she again became enraged by the daughter's crying, she drowned her in a basin of water. They buried those bodies in the basement. After Downing's disappearance made their neighbors suspicious, they called the police, and in March 1949, they arrested Beck and Raymond.

Following the arrest, Raymond quickly confessed to the crimes. A total of 17 murders were attributed to them, but they denied that they had committed those murders. He even tried to retract his confession stating that he did all these to protect Martha. With the lurid tales of sexual perversity, the trial was sensationalized. Beck even wrote a letter to the editor of newspapers, protesting about the comments that had been made regarding her appearances. They were convicted of the three murders and were sentenced to death. On the 8th of March, 1951, they both were executed by an electric chair.

Books And Movies Are Based On Them

Martha and Raymond have been subject to several books and television shows. Some of the movies based on the duo, also known as "The Lonely Hearts Killers," are The Honeymoon Killers, Deep Crimson. Lonely Hearts and Alleluia.