EST Gee, is an up-and-coming rapper and songwriter who is creating waves in the music industry through his consistent release of new albums. Photo Source: Social Media.

George Albert Stone III, best known as EST Gee, is an up-and-coming American rapper and songwriter. The artist, whose name EST stands for "Everybody Shine Together," rose to prominence after his feature in the 2021 single "Real as It Gets" by Lil Baby peaked at number 34 on the Billboard hot 100.

The young artist earned himself a local fanbase before entering the prime time in his career through the consistent release of songs on his YouTube channel. In addition, he sustained multiple hardships and witnessed many life-changing moments before gaining mainstream recognition in the industry.

Today, let's take a closer look at EST Gee's life and discover some intriguing facts about him.

Grew Up In Louisville

On 11th May 1994, EST Gee was born as George Albert Stone III in the East End of Louisville, Kentucky. His parents, George Stone and Sheila Stone raised him alongside his brother and sister.

A fire accident destroyed the Stone family's home when George was only four years old. Consequently, his family had to relocate to a different location. Additionally, while growing up, he was an ambitious kid and always chased after better things.

The young rapper grew up in Newburg, a neighborhood in Jefferson County where crime rates were high at the time. Furthermore, his father was a member of a gang in the area and was frequently out on the streets.

As such, Stone had to experience a rough childhood and was exposed to violence from a young age. Moreover, being the family's eldest child, he had to take care of himself and simultaneously look after his younger siblings.

EST Gee has been the talk of the town for his songs and rapping career. However, many people are unaware that the singer used to rank as the top linebacker in Kentucky.

The American musician learned the fundamentals of football and often participated in numerous tournaments in his hometown in his early years. As Stone grew older, he developed a natural talent for the game and played throughout his high school.

After graduating from St. Xavier High School in 2012, EST Gee received a football scholarship to play for Indiana State University. While majoring in communications there, he represented the university across the country for over two years. 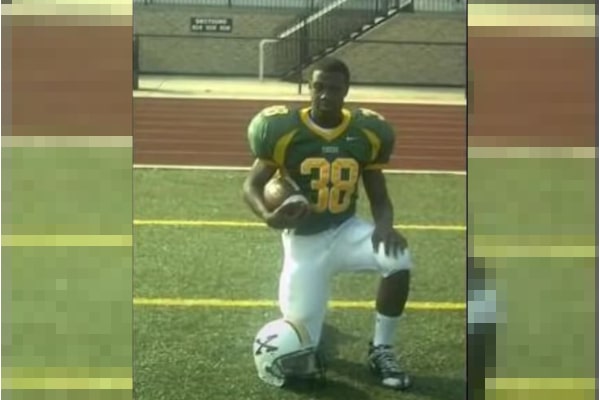 Afterward, Stone transferred to Sacramento City College for one season and again to Stephen F. Austin State University for two collegiate seasons. Considered a top backline prospect in Kentucky, he was cruising on his path to becoming a professional football player.

However, EST Gee's athletic career abruptly ended when he dropped out of college in 2016.

Inspiration To Pursue A Rap Career

Throughout George's childhood, his family was not financially stable. Besides, his father, being a gangster, was locked up in prison for most of the time. As a result, his mother had to work diligently to meet the needs of her three children.

When EST Gee grew older, he wanted to provide for his family. Thus, he got engaged in street hustles and started doing illegal activities in his teenage years.

In 2016, Stone was caught trafficking marijuana and was sentenced to four months of house arrest. While serving his punishment, the young artist became motivated to pursue a rap career after witnessing rapper Lil Baby perform on television.

Consequently, George adopted the name "EST Gee" and released his first song on YouTube called "Stains" in 2017. He then continued to put out his self-written songs on his channel, gaining a massive fan following and support in his hometown.

Success In The Mainstream Industry

EST Gee's songs were well-received by the audience and gained nationwide acclaim. Additionally, many prominent industry figures, such as Lil Baby, Young Thug, Future, etc., praised his lyrics and attitude towards rap.

Besides, the aspiring artist established himself as a dominant figure in the industry by releasing his third album, "Ion Feel Nun," on 6th March 2020 and following it up with "I Still Don't Feel Nun," on 18th December 2020.

EST Gee's fame skyrocketed overnight as he gained the attention of millions of music enthusiasts across the globe. Subsequently, he signed a deal with Yo Gotti's Collective Music Group (CMG), Interscope Records, and Warlike in January 2021. Detriot-based rapper, 42 Dugg is also signed with the CMG. 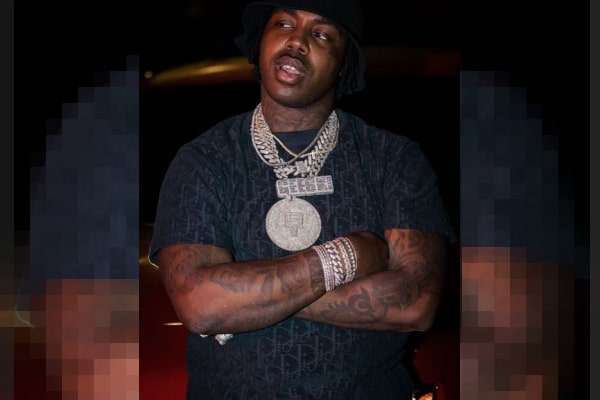 The American rapper EST Gee has risen to prominence in the music industry as a result of the widespread popularity of his songs. Photo Source: EST Gee's Instagram.

Moreover, Stone was featured in Lil Baby's single "Real As It Gets," which peaked at number 34 on the Billboard Hot 100, making his debut appearance on the chart. Afterward, on 21st July 2021, he released his fifth record, which features guest appearances from many notable figures, like Future, Young Thug, Pooh Shiesty, Lil Durk, etc.

With the release of this album, EST Gee has become one of rap's most promising and closely watched new talents.

EST Gee Net Worth And Earnings

Gee is creating waves with his accomplishments in the music world. Despite being in the profession for only a brief period, he has become a dominant figure.

As a result, people can't help but wonder about all the fortunes he has amassed through his career. EST Gee's net worth primarily consists of his earnings from royalties from his music albums and tours.

Even though there is no reliable information about Stone's total income, we can safely assume he earns a large sum of money from his musical career. Furthermore, according to Social Blade, his YouTube channel makes around $117.6K to $1.9 million annually and $9.6K to $152.9K per month.

Aforementioned, in January 2021, Gee signed a record deal with Yo Gotti's CMG, Interscope Records, and Warlike. Thus, he will likely earn revenue worth millions from them as well.

Moreover, a look through his Instagram page alludes to the lavish lifestyle he enjoys. EST is seen showing off his insane jewelry collection. He has numerous diamond-plated and encrusted chains, watches, and rings which cost thousands of dollars. Also, Gee sports a permanent Honeycomb grill set which reportedly costs him $24K. 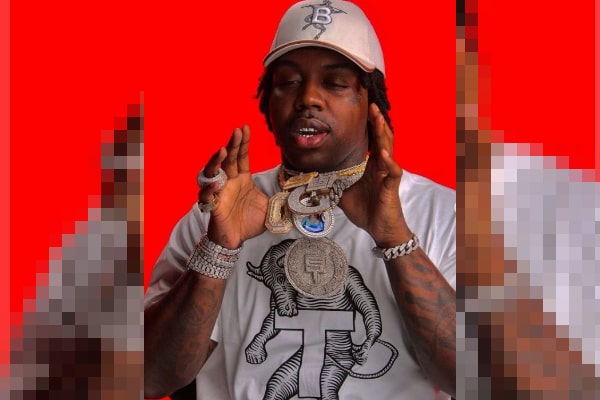 Besides his musical career, Gee played professional football throughout his college years. Although only for a short while, he must have collected a decent salary from his athletic career.

Throughout his life, EST Gee has sustained many hardships and fallen victim to numerous unfortunate incidents. Yet, despite his struggles, the rapper has always strived forward in his career.

Following a music video shoot in September 2019, George sustained a severe injury during a shoot-out. The artist was shot five times, getting hit in the stomach four times and once in his left eye.

EST Gee's brother, who was with him at the time, got hit in the leg. Later on, the siblings were sent to the hospital, where Gee stayed for about two weeks. Following surgery, Gee has retained most of the vision in his eye.

Nonetheless, the artist's misfortune did not cease here. In March 2020, Gee's mother, Sheila, passed away due to leukemia. Only a week later, his brother also lost his life in a shooting in Louisville.

However, despite these tragic incidents, EST has continued to move forward with his life. He has used music as his coping mechanism and has succeeded in translating his pain into words.

The American artist EST Gee is adamant about keeping his personal life a mystery. As such, he has not commented on his love life or romance in front of the media.

Nevertheless, it has been confirmed that Stone has two children, whose pictures he occasionally shares on his social media. Yet, there is no info about EST Gee's baby mama. 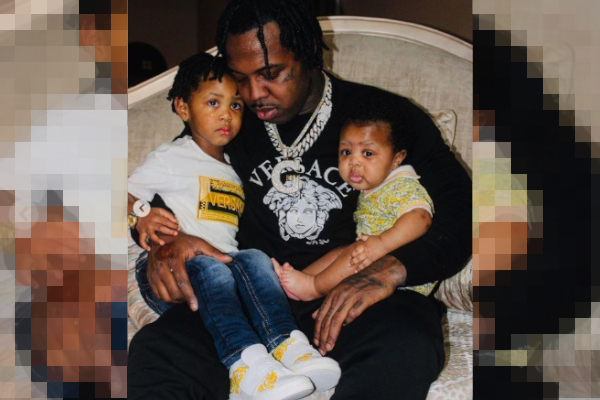 Although EST Gee occasionally shares images of his children on social media, he has not commented anything about their mother. Photo Source: EST Gee's Instagram.

Besides, Stone has not mentioned whether his sons were born from his relationships with his ex-girlfriends. Nevertheless, numerous speculations are circulating on the internet about his affairs and partners, none of which can be trusted.

Consequently, we won't learn anything about EST Gee's baby mama unless he provides a deeper insight into his past relationships. But we hope Gee finds the love of his life soon and also shares the happy news with his fans.