Lil Durk is one of the prominent Hip-Hop artists in the music industry. He is known for his gangsta rap and drill voice. Moreover, Durk has also charted on high ranks in Billboard and created a huge fanbase. His songs might be explicit, but they contain the topic of love, life, money, and struggles.

The rapper is known for the fusion of pop into lyrical style with a tone of Chicago-based music. Durk has also included new genres in his recent songs. Furthermore, Lil Durk is also known for being the fiancée of social media influencer India Royale. The pair has great chemistry together and doesn’t shy away from PDAs.

Today, let's go through Lil Durk's biography and learn more about him.

Lil Durk was born Durk Derrick Banks on October 19, 1992, in Chicago, Illinois. He had a complicated childhood, with his father, Dontay Banks Sr., being jailed when he was seven months old. There is not much information about his mother. Moreover, Lil Durk also had an elder brother Dontay Banks Jr. (OTF DThang), who was gunned down in Chicago on June 6, 2021. 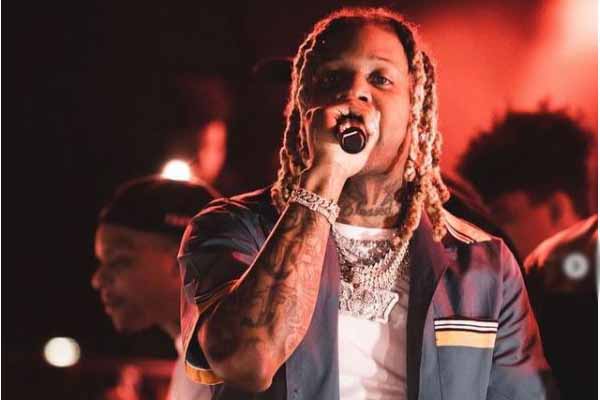 Lil Durk was serious about his music from an early age. Photo Source: Lil Durk's Instagram.

The American rapper came from a low-income family and had to bear the responsibility from a very young age. As a result, he dropped out of Paul Robeson High School and didn’t continue his education.

Furthermore, Durk was also involved with the Black Disciples gang and faced several legal issues. Moreover, the singer was also jailed for gun charges in October 2011.

Lil Durk Net Worth And Earnings

Lil Durk’s bold and vivid personality is visible in his music. His lyrics are relatable, and they sympathize with people. Durk has amassed a fortune from his career. He is often flexing big wads of thousand dollars bills in his Instagram account.

According to Celebrity Net Worth, Lil Durk’s net worth is $3 million. His earnings mainly come from his music sales and concert performances. Besides that, he also earns money from the sales of his merchandise.

Durk Derrick Banks was passionate about singing from a young age. But, he only took it seriously in 2011. Durk debuted with his single Sneak Dissin in 2012. His second single, I’ma Hitta, also received positive reviews. Since then, Durk would go on to release the mixtape Life Ain’t No Joke, which showed his rapping style and tone.

The songwriter signed with Def Jam Recordings after releasing his single L’s Anthem and Dis Ain’t What U Want. After the signing, Durk released his fourth mixtape, Signed to the Streets, which was considered the best mixtape of 2013. It also contained music videos for the songs Bars Pt. 2, Oh My God, 100 Rounds, Dis Ain’t What U Want, Bang Bros, and Traumatized.

Banks released his first studio-length album, Remember My Name, in 2015. The album charted fourteenth on the Billboard 200. The same year Durk released a single, My Beyonce, which became a hit. Moreover, it was also certified gold by the Recording Industry Association of America (RIAA) in 2017.

Since then, the rapper has released several albums and singles. Some of Lil Durk's albums, alongside their prices, according to Amazon, are mentioned below:

The rapper is also famous for his tracks, where he has dissed multiple hip-hop artists. His rivalry with Chief Keef prolonged for a long time. Durk dissed Chief Keef, Tyga, Lil Reese, The Game, King L, and the Gangster Disciples collectively. He was also involved in a rap feud with his former gang member Tay600, which exposed their personal affairs.

Despite this, the singer has also made good connections with several artists and collaborated with them. He has teamed with Young Chop, French Montana, Dej Loaf, Yo Gotti, Meek Mill, 21 Savage, BJ the Chicago Kid, Key Glock, King Von, Nicki Minaj, and Polo G.

Furthermore, the rapper has featured in Canadian rapper Drake’s Laugh Now Cry Later. He has also released a collaborative album, The Voice Of The Heroes with Lil Baby, on June 4, 2021. Durk’s songs are chart-topping and have made significant sales. Thus, Lil Durk’s net worth must have steadily increased throughout the years.

Lil Durk formed his own rap collective, Only The Family, in 2010. It includes the Black Disciples gang members such as the late King Von, Lil Reese, OTF DThang. Currently, the label has signed Hypno Carlito, Lil Skies, Yung Tory, and other artists. It is signed to Alamo Records and Interscope Records. 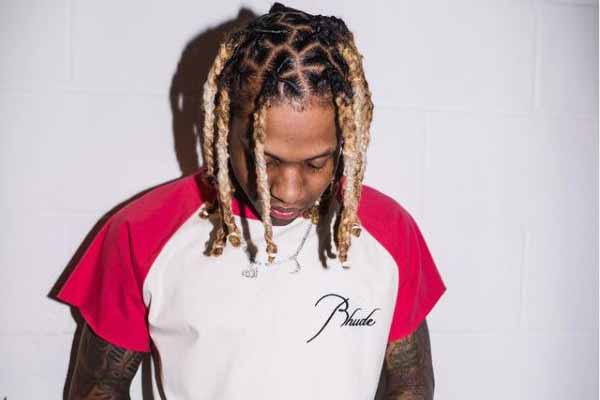 Lil Durk has formed his own record label Only The Family. Photo Source: Lil Durk's Instagram.

Well, the Chicago-born artist began his career from the social platform YouTube and gave continuity to it. His channel has 3.44 million subscribers and more than 2.4 billion total views. Furthermore, Durk uploads his music videos, behind-the-scenes videos, and audios on his YouTube channel.

Income From Merchandise And Endorsements

Alongside singing, the musician is also known for his fashion sense. He has launched his own merch named OTF Clothing. Durk has created his own album-inspired clothing items such as T-shirts, hoodies, sweatpants, shorts, and caps. Besides that, his merch also includes accessories, music, and other apparel some of which are listed below.

The rapper has also supported several endorsements and promoted them. Durk has collaborated with boohooMan, Izzy Luxury, and other brands. Furthermore, Lil Durk has a high sense of fashion. So, he might be paid high from these endorsements and merchandise sales.

Lil Durk is also known for his love life and relationships. He has been involved in many relationships throughout the years. The rapper became a father at the age of seventeen after the birth of his son Angelo Banks. His baby mama Nicole Covone also gave birth to his second child Bella Banks in 2013.

Since then, the singer has fathered Zayden Banks, Du’mier Banks, and Skyler Banks, all with different women. Except for Lil Durk's first baby mama, Nicole, there is no information available about his other baby mamas. Despite having multiple children, the artist is a supportive father to all of his children and never misses their important events.

Lil Durk began his relationship with India in 2017. The pair developed a mutual attraction and understanding with each other. The rapper has also written songs India, India Pt. II, and India Pt. 3 dedicated to his then-girlfriend, India Royale. The duo got engaged in 2017.

Moreover, Lil Durk’s fiancee India Royale gave birth to a daughter Willow Banks in October 2018. Lil Durk is also a stepfather to India’s elder daughter Skylar Royale. At present, he is living a comfortable life with his fiancée and two daughters. 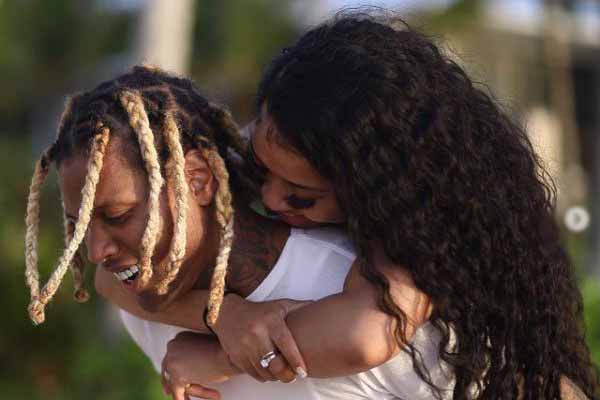 While the rapper has found immense fame, he also faced misfortunes along his musical journey. His friend King Von was murdered on November 6, 2020, in Atlanta. This incident devastated the singer because he had a close bond with the late Von. Furthermore, his cousin McArthur ”OTF Nunu” Swindle was also killed in Chicago. He again faced tragedy after the death of his elder brother Dontay Banks Jr. on June 5, 2021.

Despite all this, Lil Durk is still standing strong and working on his music. The Chicago rapper is also active on social media and posts about his daily affairs. His courage and hard work are remarkable.