When Netflix's The Monster: Jeffrey Dahmer Story was released in September 2022, there was a sensation. After that, everything linked with the killer, Jeffrey Dahmer, the movie started earning high ratings, intense reactions, controversies, and money.

Yes, the killer who murdered 17 men and boys between 1978 and 1991 has left behind an alarming history, facts, evidence, photos, skulls, parts of the victims, and his belongings.

The exciting thing is his belongings are on sale! And people are willing to purchase them at a high price.

That's right, Taylor James, Cult Collectibles website and YouTube Channel owner, has got hands-on serial killer's belongings and have put his collections on sale on his website.

Most of the high-profile buyers buy the stuff directly from Taylor James.

Some of Dahmer's belongings include his urn for $250k and infamous prison glasses listed for $150k. James shared that a high-profile buyer had already bought one of Dahmer's pairs of glasses. 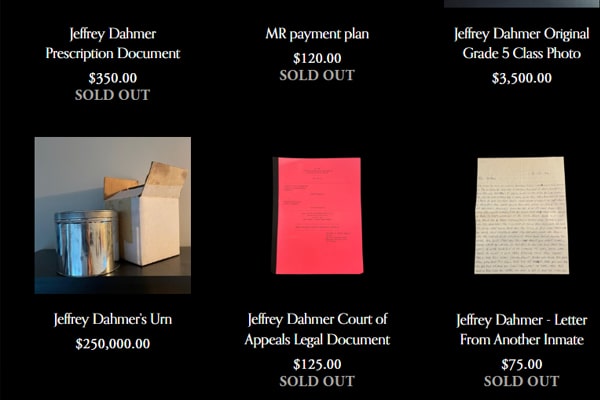 James shared that he found the killer's prison shades a couple of years ago. Along with the shades, there were other kinds of stuff that he could get his hands on after coming in contact with Jeffrey Dahmer's father, Lionel's former housekeeper. Taylor James then agreed to put the items through his website on sale and get a profit portion.

YouTuber Jake Webber and Taylor James shared and showed some of his items like his creepy letters, Bible, family, childhood photo, pocket promise book, and Dahmer's watch in a video on Webber's channel.

Musical Artist Webber was excited to have the chance to touch, show and wear Jeffrey Dahmer's glasses. And he thanked Taylor for allowing him to do so. 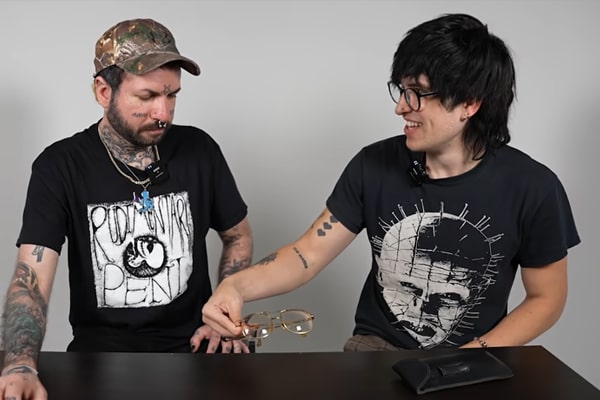 The movie title of monster fits the serial killer Jeffrey Dahmer's description as he murdered 17 young men and boys, mutilating and dismembering the dead victims. He could have continued his horrible crime if a victim, Tracy Edwards, hadn't fortunately escaped from his capture and approached the police authorities in July 1991.

Whether feeling lonely or abandoned, killing people to keep company is undoubtedly evil and criminal mentality. He was sick in mind and reached a great extent due to his anger. It involved luring the victims to his place, drugging them, sexually harassing them, murdering them, dismembering them, taking photos of their body parts, and keeping souvenirs like hearts and skulls.

The monster documented his killings possibly to recollect the murder process and relive the experience. This is insane and pure evil.

Dahmer, who was caught, was imprisoned in 1992 and died in 1994 after his prison inmate Christopher Scarver murdered him. Scarver testified that Jeffrey Dahmer and the other inmate antagonized him first.

The Netflix series introduced many unfolded facts but is in controversies that it left behind many, tortured the victim's family as they got re-traumatized and relived the unbearable loss, unjust depiction of city police as racist and homophobic and many more. In addition, the channel was highly criticized for initially categorizing the movie as an LGBTQ show, which was later removed.