Neena Pacholke, the Wisconsin news anchor, was found dead on August 27, 2022, in Wausau, WI, in the home that Neena jointly bought with her ex Kyle Haase in July.

When the law enforcement officers got to her home, Neena was already dead with a gunshot wound on her head. Pacholke shot herself with a 9mm handgun that she purchased from Zingers and Flingers firearm store. According to the police report, the officers found a store receipt, a handgun, and a box of ammunition.

It was shocking news to everyone as Neena Pacholke was just 27 years old, a vibrant, cheerful, positive, and radiant person, according to people who knew her. However, such an event is possible when the pain becomes unbearable, and one can't think straight.

Let's find out what happened and get into more detail !

Before Neena shot herself, she sent text message to her fiance, Kyle Hasse. She texted Kyle that she loved him, always had, and always will. Despite how much he ruined her, she always had hope. She apologized that she was sorry to do this to him but couldn't handle the pain anymore.

Neena had also sent text messages to her friend that read, Kyle, told her he hates her and would feel like a million bucks once she is out of his life.

After receiving a suicidal text message from Neena, friends and Kyle called the cops to go and check on her. But, it was too late.

Investigating her google searches also showed that she was looking for ways to take her life.

Did Jay Glazer mention his ex-wife Michelle Graci in his Podcast?

According to the Daily Mail, Kyle Hasse broke up with Neena just seven weeks before the couple was due to get married. They were in a two-year-old romantic relationship and purchased a home together in July.

But their relationship wasn't a peaceful one. Instead, they fought, and there was a chance that Neena suspected Kyle to be cheating on her. 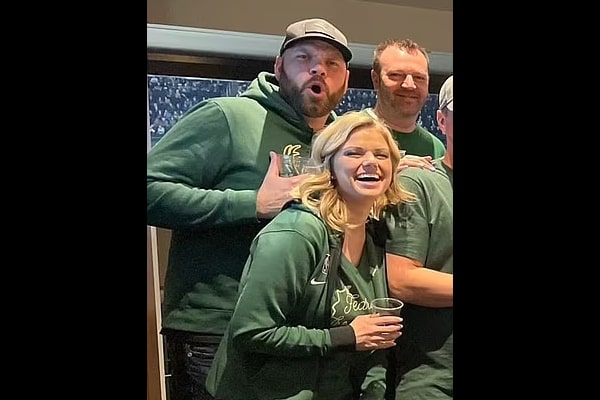 Neena Pacholke Had Fights With then Fiancé Kyle Haase. And suspected him on cheating her. Picture Source: Facebook

Neena Pacholke even told one of her friends that she found an unfamiliar pair of panties when she returned to the house that Neena and her fiance shared after her work.

That might have triggered Neena to suspect potential infidelity from her then-fiance Hasse. Neena's friend shared that she had been in arguments with Kyle and suspected he was cheating on her with his former lover.

From Neena's text message, we could see that she had mentioned that Kyle had ruined her many times, but she still had hope. And even about how desperate Kyle was to get her out of her life.

Kyle might not have imagined that Neena would be deep hurt from inside for whatever had happened between them and him calling off their wedding. Kyle already has two kids from his previous relationship.

According to Daily Mail, Kyle met Neena at a funeral in 2020, when he was still married. Hasse just got divorced last year.

Neena Pacholke Had Lost Her Boyfriend To Cancer

Tragedy hit Neena when she lost her high school boyfriend who died from a rare form of brain cancer in 2016.

Pacholke and soccer player Jordan Harris met in their freshman year of high school in biology class. They became friends and started dating.

Jordan Harris had been diagnosed with primitive neuroectodermal tumors in 2011. After getting cured for the first time, there was a diagnosis again but he couldn't battle more. It was time for both of them to start their freshman year at the University. 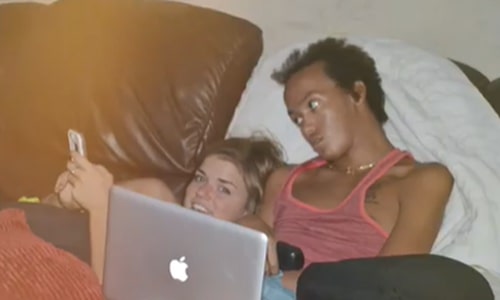 Neena Pacholke fought till the end for her late boyfriend Jordan Harris who was battling with cancer. Source: Facebook

Pacholke shared that while dating Harris, she started appreciating life even more after watching him fight for life every day.

She supported Harris's battle against cancer by fundraising ideas like ordering gray rubber bracelets that said "Freedom's Survivor." Neena then sold them for $1 to raise money for his family. And another fundraising event called Snapbacks Against Brain Cancer raised some money for treatment.

Despite every attempt from loved ones around Harris, he passed away on October 18 due to PNET complications.

Neena stayed with her boyfriend, Harris, till the end. In the video, we could see her in pain when she said she was holding his hands when he passed away. It was 23 days before Pacholke's first game. Neena was also a USF Basketball player.

Who is Pacholke's Ex-Fiance, Kyle Hasse?

Hasse is known to have been married when he met Neena at a funeral. He has two children from a previous marriage. He is 38 years old and was traveling to Minnesota to visit his mother and his children when he received the last text from his ex-fiancee Neena.

Anyone in suicidal thoughts, crisis or emotional distress, please call 988. The number 988 is the US based suicide prevention network with more than 200 crisis centers, providing 24/7 service.