7 Athletes Who Lost Their Career Because Of Illegal Activities

Home Crime & Rumor 7 Athletes Who Lost Their Career Because Of Illegal Activities.

Here, are the seven athletes who lost their career from illegal misdeeds. Photo Source: Social Media.

It is a universal truth that humans love sports. There is not a single game that doesn't have any fans. However, it is the players who increase the audiences' passion for that particular game. And they are the ones viewers look for in the field.

Athletes have their own stories and journeys. Their struggles and hardships encourage other people to follow in their footsteps. Still, the sportspeople are human after all and sometimes commit mistakes to gain victory. It can be taking steroids or performance-enhancing hormones before the match.

Besides the fraud in the field, many players commit despicable and deplorable activities in their private life. For example, there are gambling, sexual assault, domestic violence, murder, etc., to name a few. Moreover, these law-breaking activities guarantee a trip to jail and penalization of a hefty amount. Additionally, in some case scenarios, they put an end to players' whole sports careers.

So, here we will go through seven athletes who lost their careers from their evil doings.

The former figure skater Tonya Harding was born on November 12, 1970, in Portland, Oregon. She began learning ice skating at the age of four. Moreover, the sportswoman started competing professionally in the mid-1980s. She was one of the formidable competitors in the ice rink.

Harding's first victory was at the 1989 Skate America Competition. After that, she became a two-time winner of the U.S. Champions in 1991 and 1994. In addition, the skater represented America in two Olympics.

Now, you might be wondering what caused Tonya's career to fall from grace. Her fault was not on the rink but outside of it. The figure skater and her ex-husband, Jeff Gillooly, were alleged to have orchestrated an attack on another skater Nancy Kerrigan in January 1994. The former initially denied the allegations, but her ex-spouse and other parties involved were jailed. 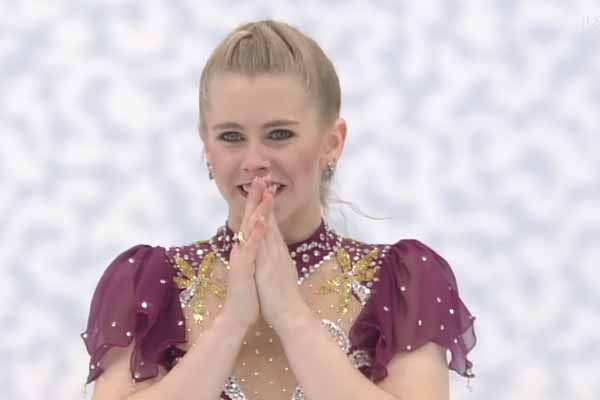 Tonya Harding was involved in the attack of her rival Nancy Kerrigan in 1994. Photo Source: Social Media.

Both women competed in the 1994 Winter Olympics, where Kerrigan finished as a runner-up and Harding ranked eighth. Finally, Tonya pled guilty to conspiracy to hinder prosecution. As a result, the United States Figure Skating Association banned the player for life on June 30, 1994. She also obtained 500 hours of community service and a $100K fine.

Although Tonya Harding lost her skating career, she later became a professional boxer. She has also made appearances and has a film about her life.

The former cyclist Floyd Landis was born on October 14, 1975, in Farmersville, Pennsylvania. He began bike riding with his friends from a young age. Moreover, at one point, the young guy decided to participate in the local race. He won the competition, and it opened up his career in the field.

Landis was handpicked by road racing cyclist Lance Armstrong in his team U.S. Postal in 2002. He soon showed his potential by helping the team win many races. Furthermore, the cyclist suffered from osteonecrosis, a hip ailment in 2005 - 2006. Nonetheless, he hid his injury and gave a fantastic performance. He later also won the 2006 Tour de France.

Many people admired Floyd for his struggling race to victory. However, after completing the match, the Phonak Cycling Team found performance-enhancing drugs on his system. Although the champion denied the allegations, he was stripped of his title. The 2006 race's winner was ultimately declared to be Oscar Pereiro, who had placed second. 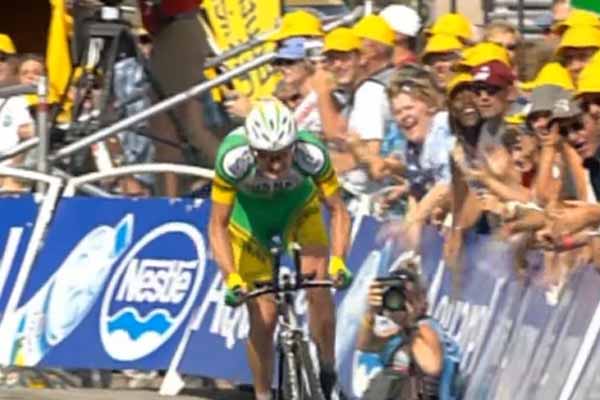 Floyd Landis kept on denying the allegations of drug use till 2010. Photo Source: Social Media.

Floyd was banned from sports for two years. Nevertheless, he kept on denying the case until his return in the race in 2009. Eventually, the cyclist admitted to taking drugs in 2010. However, despite pleading guilty, it was too late for Landis' career. No teams selected him, and he finally retired in 2011.

Oscar Pistorius' misdeeds can be said both awful and unfortunate. He was birthed on November 22, 1986, in South Africa. Moreover, Oscar was born with fibular hemimelia in both legs. When he was eleven months old, his legs were amputated from knees to ankles.

Pistorius performed brilliantly in water polo, tennis, and wrestling in high school despite his legs' condition. Later he began competing in non-disabled competitions at the international level. Furthermore, the runner won gold medals at three Paralympic Games in 2004, 2008, and 2012. Additionally, he holds the title of the 2011 IPC World Championships and has competed in the Olympics.

The sportsman was undoubtedly an admirable figure among the fans. However, it all changed after he was arrested for the murder of his girlfriend Reeva Steenkamp on February 14, 2013. Moreover, the sprinter claimed that he mistook his late partner for an intruder and shot her. Nonetheless, the crime had been done, so he was put up for trial. 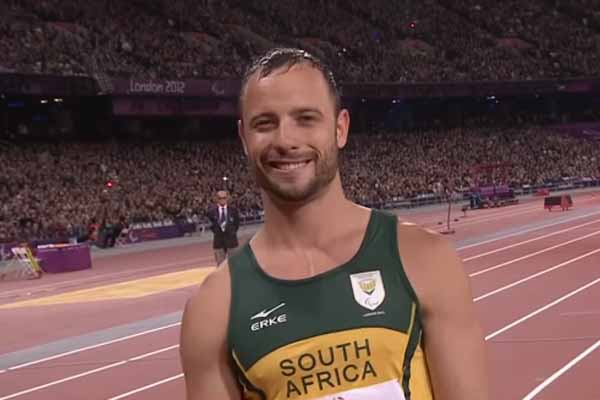 Oscar Pistorious initially received a five-year sentence in prison for the charges of culpable homicide. However, the South African Supreme Court of Appeals later overturned the culpable homicide verdict. He was then convicted of murder and his sentence was increased to thirteen years and five months. Oscar is still in prison and will only get parole in 2023.

Like other sports, baseball has also seen some cheating athletes over the years, and Steve Howe was one of them. The latter was born on March 10, 1958, in Pontiac, Michigan. He was considered a baseball prodigy from a young age.

The baseballer played for Los Angeles Dodgers, Minnesota Twins, Texas Rangers, and New York Yankees during his career. His most recognized achievement was winning the 1981 World Series Champion with LA Dodgers. Additionally, he was an All-Star in 1982.

The sportsman was phenomenal in the field but problematic outside of it. He was addicted to alcohol and cocaine. Moreover, Howe's behavior earned him seven times suspensions from Major League Baseball. It is undoubtedly the highest amount of suspensions given to baseball players in history.

Let's take a look at Howe's confession on his drug abuse.

After each disciplinary action, Steve would return to the field even more robust. But, sadly, he could never overcome his addiction. So, finally, MLB banned him for a lifetime from baseball in 1992. Maybe if he had recovered, Howe might have been counted among the best and richest MLB players in history.

But sadly, that was not the case and Steve Howe's substance use ultimately led to his demise. He died in a truck accident in 2006 with a recreational drug in his system.

Aaron Hernandez possibly paid the most for his mistakes in both his career and life. He was born on November 6, 1989, in Bristol, Connecticut. Furthermore, Aaron made numerous state and national records as a wide receiver in his high school. He also had a successful collegiate football journey and received the John Mackey Award.

The New England Patriots drafted the footballer with a four-year contract worth $2.37 million in 2010. He had an outstanding performance on the team and led them to several victories. Moreover, the athlete was called NFL's most excellent tight end alongside fellow teammate Rob Gronkowski.

However, Hernandez's career was cut short after he was arrested for the murder of Odin Lloyd in June 2013. The Patriots immediately let him go after the arrest. Furthermore, the sportsman was charged with first-degree murder and gun-related charges. While on trial, he was also indicted of the double homicide of Daniel de Abreu and Safiro Furtado. 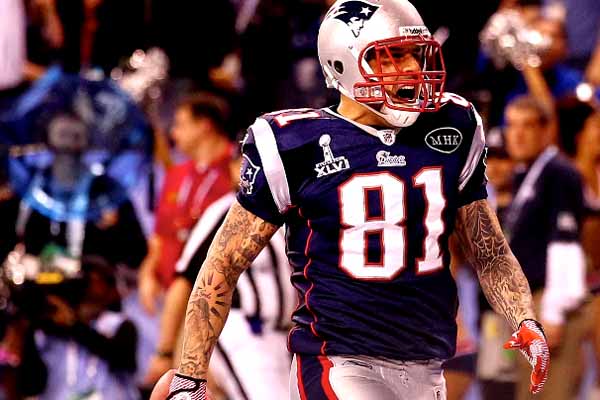 Aaron Hernandez was charged for the murder of more than two people in court. Photo Source: Social Media.

Eventually, Aaron Hernandez was sentenced to life in prison in April 2015. He served his sentence for two years before dying of suicide on April 19, 2017. It was undoubtedly a tragic ending for the footballer.

Sometimes, your past haunts you down and overshadows any possible future. Take former American football running back Lawrence Phillips, for example. Phillips was born on May 12, 1975, in Little Rock, Arkansas and his football career had a broad prospect from his school days.

The athlete was already a two-time college football champion before being drafted by St. Louis Rams in 1996. He also played for Miami Dolphins, San Francisco 49ers, Montreal Alouettes, and Calgary Stampeders. Moreover, the footballer's career highlight was winning the 2002 Grey Cup. He led Montreal Alouettes to a clear victory in the event.

Although Lawrence's sports career was top-notch, his volatile behaviors always marred his presence. For example, he was alleged of assaulting other students and his ex-girlfriend before his professional career began. Moreover, the running back was charged with a sentence of seven years for felony assault in 2008. He was again convicted of assaulting his former partner Amaliya Weisler in August 2009. 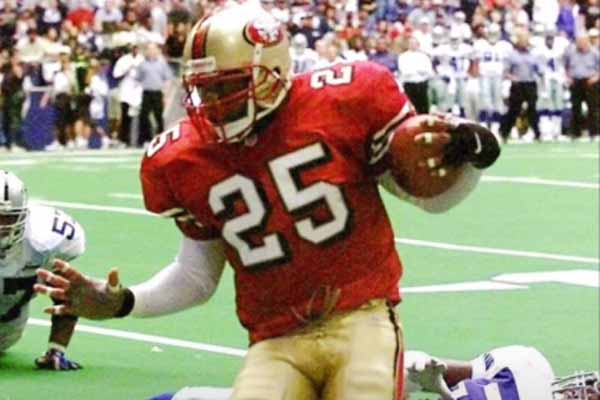 The football star was once more charged with the murder of cellmate Damion Soward in September 2015. In addition, the court was considering the death penalty for him. While awaiting trial, Lawrence Phillips was found unresponsive in his cell at Kern Valley State Prison and pronounced dead on January 13, 2016.

If you think the above athletes did heinous acts, wait till you hear about Rae Carruth. He was born in January 1974 in Sacramento, California. Moreover, the footballer began playing football in his high school. He later received a sports scholarship from the University Of Colorado Boulder.

After showcasing his athletic prowess in college, Rae was eventually drafted by the Carolina Panthers in 1997. He signed a four-year deal worth $3.7 million with a $1.3 million signing bonus. The same year, the newcomer was named the rookie of the year. He played for three seasons with the football team.

The NFL star was professional both inside and outside the field. So, it came out as a shock to fans when he was arrested for murder in 1999. Moreover, the victim was none other than Carruth's then-pregnant girlfriend, Cherica Adams. The latter was shot four times by Rae's accomplice Van Brett Watkins Sr.

Even dying, Cherica was able to inform the police about the incident. However, after being hospitalized, she fell into a coma and died on December 4, 1999. Moreover, the doctors delivered the unborn baby via the emergency C-section. Still, the child later named Chancellor Lee Adams suffered permanent brain damage.

The athlete had fled right after the murder but was captured on December 15, 1999. His lawyers claimed the incident to be a result of a drug deal gone wrong in the court. Nonetheless, the NFL suspended Carruth indefinitely, and he received 18 to 24 years in prison. He was released from jail on October 22, 2018. 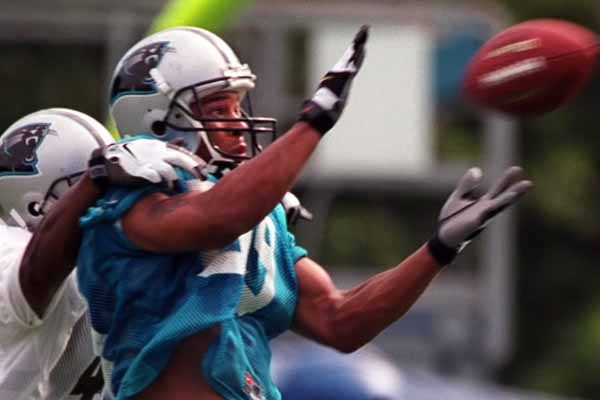 Rae Carruth was arrested after he was found guilty of conspiring to murder his then-girlfriend. Photo Source: Social Media.

Rae Carruth seems to have learned the lesson and apologized to his ex-girlfriend's family and son. Still, he murdered a pregnant woman and nearly killed an unborn child; his repentance is far from enough.

Besides the athletes mentioned above, other sportspeople such as Tiger Woods, Mike Tyson, Ryan Lochte, Cody McKay, Lamar Odom, etc., have jeopardized their careers by being involved in illegal activities.

Hopefully, the current players will learn lessons from their predecessors and not repeat them.