The American actress and artist, Diva Zappa, is the last born child of Frank Zappa and his wife Gail. Photo Source: Diva's Instagram

Diva Muffin Zappa, commonly known as Diva Zappa among her admirers, is the last-born child of prolific American musician Frank Zappa. She has received acclaim for her appearances in several films and television series. Furthermore, Diva's self-designed and manufactured clothing is popular among celebrities and the general public alike.

The American artist and actress Diva Zappa has come a long way, from winning a poster contest at 12 years old to owning her own business for her handmade goodies. As she continues to motivate her followers on Twitter through spiritual healing and tarot card reading, people can't help but wonder what the youngest daughter of legendary artist Frank Zappa is up to nowadays.

Here, we will go through Diva Zappa's biography and take a closer look at her life.

Diva Zappa was born on 30th July 1979 to Frank Zappa and his wife, Gail Zappa, in Los Angeles, California. She is the youngest in the family, and her three older siblings are sister Moon Unit Zappa and brothers Dweezil Zappa and Ahmet Zappa.

In an autobiography written by Frank, he mentioned that his youngest child was given her name because "of the loud quality of her voice." According to Diva Zappa's father, she is audible at 300 yards.

Despite being exposed to her father's free-form and sophisticated tunes since she was a child, Zappa never developed a natural affinity for music. Instead, she inclined towards art. Consequently, she won an award in a poster design contest to raise awareness about child abuse and neglect at just the tender age of 12.

During Diva's upbringing in Los Angeles, she had a stronger bond with her mother, Gail, than with her father, Frank. This was because Zappa's dad was always away from home in the studio making music.

Diva had a closer connection with her mother, Gail, while growing up. Photo source: Diva's Instagram.

Unfortunately, Diva never got to experience an intimate father-daughter relationship as she grieved for her father's death on 4th December 1993. Diva's dad Frank died after a prolonged battle with prostate cancer. Diva was merely 14 years old then.

Following the death of Diva Zappa's mother, Gail, in October 2015, four Zappa siblings became the lawful owners of the Zappa Family Trust. The Zappa Family Trust is in charge of Frank Zappa's broad musical legacy and profits from merchandise sales and the republishing of his songs and albums.

Additionally, it also permits or denies the use of Zappa's name and files lawsuits against inappropriate use.

However, the matriarch's death revealed that the Trust's authority was given to Diva and her brother Ahmet with 30 percent shares each. And the older siblings Moon and Dweezil were given smaller shares of 20 percent each. This unequal division of Family Trust created an ugly feud between the siblings.

Moon and Dweezil, as beneficiaries, would not receive any funds from the trust until it seemed to be profitable. Moreover, Diva's older siblings Moon and Dweezil had to ask Ahmet for permission before using their father's song and name.

The inheritance battle of the Trust lasted quite a while and was a hot topic in social media. Nevertheless, the matter seems settled now as there has been no news of the Zappa siblings' dispute.

Diva Zappa Net Worth And Career

Diva Zappa has proven to be versatile and worked in many areas in her career. Over the years, she has been recognized as an artist, businessperson, actress, musician, etc.

Being resourceful in multiple professions, Frank Zappa's daughter, Diva, must have gathered a handsome wealth from each of them. Here, we will go through her career and try to break down Diva Zappa's net worth.

Earnings As An Actress

Diva is famous for her roles in films and television series. She made her first appearance on the big screen in the movie Anarchy TV with her siblings when she was 19 years old. Since then, Zappa has been part of numerous well-known movies like Children of the Corn V: Fields of Terror, Pledge This!, The Bloody Indulgent. She has also starred in various TV series, including Felicity, Brothers & Sisters, Good Girls, etc.

The actress has 31 acting credits, having appeared in big-screen and small-screen projects. Diva has worked with numerous big-time entertainment studios throughout her acting career, like NBC (National Broadcasting Company), FX Networks, etc. While her exact earnings are unknown, Diva must have been paid a fair amount given her fame.

Earnings As A Businesswoman

Since 2002, Diva has established her own business running through a website called "Diva Zappa." There, she sells her self-designed and made apparel as well as provides appointments for spiritual healing and tarot card readings sessions.

Different types of products listed on her website include hats, ponchos, and skirts and are primarily knitted or crocheted. The Creative Visions Foundation receives a small share of all the sales made on this website. 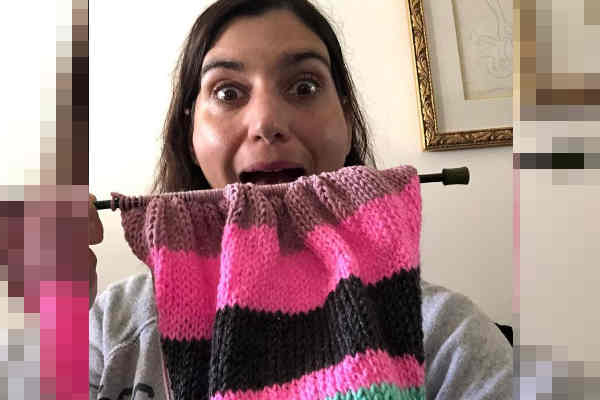 Diva Zappa has earned a massive sum from the sales of her knitwear line. Photo source: Diva's Instagram.

Laurie Metcalf, an actor, first taught Diva how to knit. Ever since Zappa does not plan her work and prefers to create on the spur of the moment. As a result, her designs are unique and one of a kind.

As her hand-woven designs are popular among celebrities as well as general people, she must make quite a revenue by selling her products. Prices of some products listed on her website are below:

Similarly, Frank Zappa's daughter, Diva, is passionate about spiritual healing and tarot card reading. She likes to believe the true self of any individual can only be discovered through becoming one with energy. Consequently, she provides tarot reading and energy healing sessions to those who require insight and guidance.

Cost of Diva's appointment as mentioned on her website:

The profits generated from the online business are bound to increase Diva Zappa's net worth. Moreover, as Diva owns a 30% share of Zappa Family Trust, 30% of the revenue generated by the Trust belongs to her.

As for her father, according to Celebrity Net Worth, Frank Zappa, left behind an estate of $1 million. Afterward, the fund was inherited by Diva and her siblings. The American artist and entrepreneur must have secured a hefty sum from her father's assets.

The American actress has accumulated quite a fan following from her occupational works and artistic handmade clothing designs. As a result, supporters around the globe arise queries time and often about Diva Zappa's boyfriend and relationship status.

However, Diva's followers might be unhappy to discover that she remains possibly single till the day and is not engaged in any romantic relationships. In addition, her social media accounts do not mention anything about her affairs, and there is no indication of a love life. 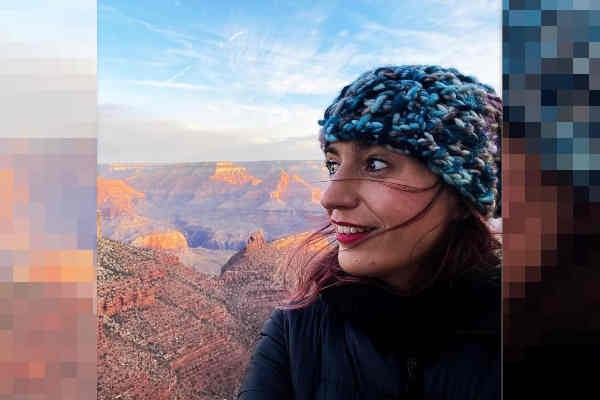 Diva Zappa seems to be enjoying her life as a single woman. Photo source: Diva's Instagram.

Furthermore, the youngest child of rock-and-roll artists is very passionate about spiritual healing and tarot card reading which is evident by her Twitter and Instagram posts. As such, it might be possible she is devoted to her business of handmade designs and healing gatherings and has little to no time to engage in any love connections.