Pascal Wehrlein is a famous German-Mauritian professional racing driver who is currently associated with the Porsche Team in the FIA Formula E Championship. Having been a familiar face in the racing business for quite a while, he has managed to make quite a name for himself.

Having started 39 races in Formula One for Sauber and Manor, Pascal is a well-known racing star who has been impressing everyone. He became the youngest driver to win a DTM race and the title consecutively. Despite being a popular name in the world of car racing, many still don't know much about him. So, in this biography, let's talk more about how Pascal Wehrlein began his career and how he has been balancing his personal and professional lives.

Pascal was born on October 18, 1994, to German father Richard Wehrlein and Mauritian mother Chantal Wehrlein in Sigmaringen, Germany. Pascal Wehrlein's dad has always been supportive of his career and pushed him to be a great sportsman. The racer often mentions how his old man helped him to get better in sports and taught him the importance of sportsmanship.

Moreover, Pascal Wehrlein's father was also a big motorsports lover and competed as a boxer. The latter even entered the South German Boxing Championship and finished in third position. As per a 2016 article, Richard owned an engineering company. The dad-son duo used to watch Formula One together, and that's when Pascal developed a love for racing. 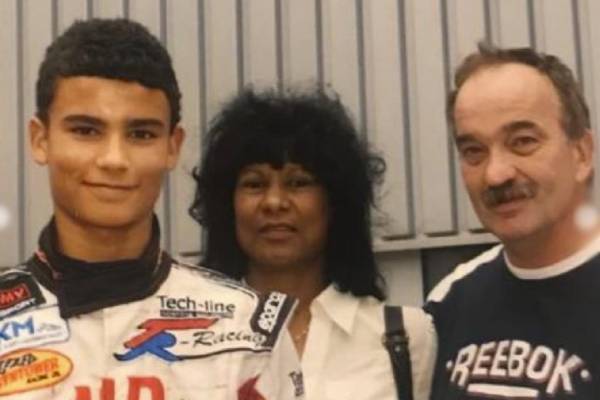 Likewise, Pascal Wehrlein's mom was a good influence on him as well, and they seem very close with each other, based on the stuff he posts on social media.

Furthermore, the German racer was only nine when he started karting in his homecountry. It was quite a sensational moment for his parents to watch him get through the ranks and compete in the KF2 race in 2009. He ranked fifth in the ADAC Kart Masters the same season.

Pascal Wehrlein Net Worth And Career

Having started racing at such a young age, Wehrlein has been active for quite a while now. Also, winning the Deutsche Tourenwagen Masters (DTM) at the age of 20 is an incredible feat, plus he has also raced in Formula E and Formula One. With all the wins to his name, one can assume Pascal Wehrlein's net worth must be immense.

Pascal made his DTM debut at the age of 18 in 2013. He spent three years in the category and managed to become one of the leading drivers. In addition, Wehrlein earned three points after he finished 22nd in his debut championship, followed by getting his first of two fastest laps in his career.

Likewise, after switching to HWA, the sportsman became the youngest driver in the series to claim pole position and ranked eighth with 46 points. The following year, the racer competed in 18 rounds and also won his first title. With that, Wehrlein became the youngest ever DTM champion, achieving five podiums, one fastest lap, and two wins.

Moreover, Pascal's big break came in September 2014 when he was announced to be a reserve driver for the Mercedes in Formula One. He was signed up as their first junior driver and took part in preseason driving for both Force India and Mercedes. Finally, he made his F1 debut with Manor before signing with Sauber a year later in 2017. Also, Pascal drove in a total of 39 races for the two teams.

Is Pascal Wehrlein In A Relationship?

Well, talking about the former F1 racer's relationship status, he is very private about his dating life. He did once post a picture with a girl, including the caption Sunset Love in 2020. However, in the photo, both the racer and his companion are showing their backs, and the identity of the lady isn't disclosed. So, could it be she is Pascal Wehrlein's girlfriend?

However, since then, the driver has yet to make another IG update about his possible partner. We will only get to know if he is really dating that girl after he confirms it. Nevertheless, he seems more focused on racing, going through his other posts.

Overall, Wehrlein seems to be living a comfortable and content life with his family. Let's hope he can keep winning championships and make his parents proud. Hopefully, the German racer will open up about his lady love in the future.