Edoardo Mortara is a professional race car driver who competes in Formula E racing. He is a former Formula Three Euroseries champion and finished as the runner-up in the 2021 FIA Formula E World Championship. Currently racing for the Venturi Team, Edoardo is known as the street circuit specialist who has been in the industry for quite a long time.

Mortara has registered ten wins and seven overall victories in Macau Grand Prix so far. The record that stands from 2008 to 2017 has taken him to a great height in the world of racing. However, despite being a popular name, many still don't know much about the sportsman. So, in this biography, let's learn more about how he has managed to establish himself as a top driver.

Edoardo was born on January 12, 1987, to a French mom and an Italian dad in Geneva, Switzerland. He comes from a family of aviators, with Mortara's grandfather, Gregorio Mortara, being a World War II pilot. Likewise, Edoardo Mortara's father, Riccardo Mortara, is a former World Rally Championship driver who has over 17,000 hours of flying experience. He is also the founder of Sonnig International and Skyglobe. Also, the pilot put his son on a GoKart when he was just seven.

Likewise, Edoardo's pursuit of racing started from a young age as he watched his father and maternal uncles compete in rallies. The talented driver started racing when he was 10, with the full support of his parents. It was also fortunate that Switzerland offered a good platform in terms of financial backing when he decided to start a career in racing. 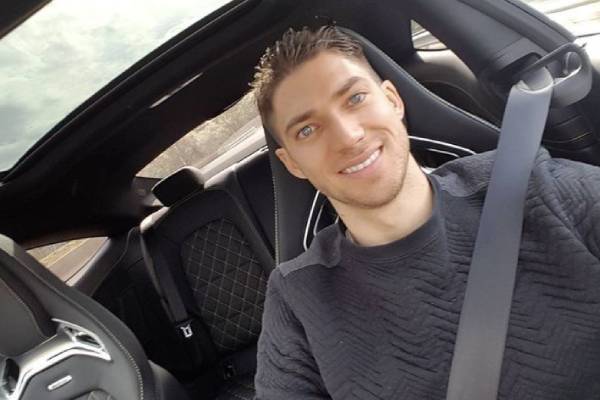 Edoardo Mortara's parents have supported him from a young age as his whole family is into racing. Image Source: Edoardo Mortara Instagram.

Edoardo also has a brother, and the siblings started karting early in their lives. However, his sibling stopped racing in his mid-teens and pursued a different career choice.

The French-Italian-Swiss racer performed well in his school as well. As his parents wanted him to focus on both his studies and racing, he prioritized both aspects side by side. He claims if he had not done well in school, he would not have been allowed to kart. So, it turned out to be a passion for the young guy as he had no other option.

Edoardo Mortara Net Worth And Career

After competitively karting for several years, Edoardo moved to race in Formula Renault at the age of 19 in 2006. Not just that, he became the top rookie racer in the Italian Formula Renault and also participated in the Eurocup Formula Renault. Just two years after his debut, he finished as the runner-up in the F3 Euroseries Championship and the Macau Grand Prix Qualifying race. With all these notable achievements, one can assume that Edoardo Mortara's net worth must have increased over the years.

Mortara then took part in the 2009 Macau Grand Prix with Signature-Plus and went on to win the event ahead of teammate Jean Karl Vernay. A year later, he raced in the Formula Three Euroseries and won the championship. The racer then signed for Audi in 2011 to race with their DTM cars. Furthermore, Edoardo became the first-ever driver to have won the Macau F3 Grand Prix for the second time in a row.

With the best record in Macau driving history, Mortara has also won the 2013 Audi R8 LMS Race and the 2017 Macau GT World Cup Qualification Race and main race. In the 2017-18 season, he switched to Formula E, racing for the Venturi Formula E Team. He recorded his first ever FE win on March 10, 2019, after a podium finish in Mexico. He now competes with the likes of Maximilian Gunther, Pascal Wehrlein, and Lucas di Grassi.


Unfortunately, in 2021, Edoardo suffered a heavy crash in practice at Diriyah E-Prix, which he said was the scariest moment of his career. He was taken to the hospital immediately for precautionary tests and was declared fit to race. Later, the Formula E driver collided with Mitch Evans in Berlin E-Prix and sustained a broken vertebra.

Happily Married; Has A Daughter

Edoardo not only enjoys a successful driving career, he also has a healthy and happy marital life. Mortara has been happily married to his beautiful partner, Montserrat Retamal Aguilar Mortara, since August 2014. The lovebirds tied the knot after six years of dating. The pair celebrated their wedding with friends and families at an event held in Geneva.

And now, the duo has been enjoying marital bliss for nearly a decade. With such a long and prosperous conjugal life, the couple must enjoy each other's company a lot. Also, Edoardo Mortara's wife seems very supportive of his career and often encourages him.

The pair have also welcomed an adorable child into their lives. Edoardo Mortara's daughter, Sofia Mortara, was born in July 2016. The former often posts photos of his little girl riding a small car. So, will we see her following in her father's footsteps in the future? 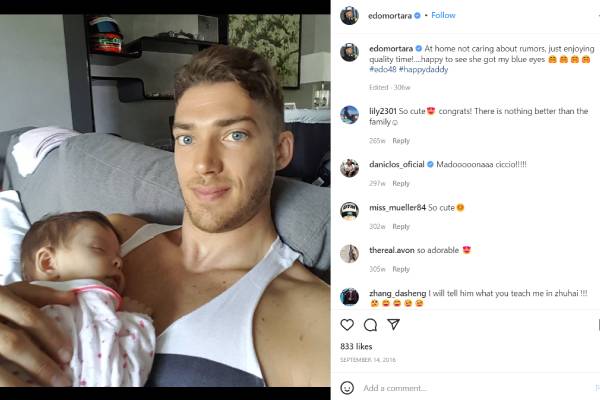 Overall, the racer appears to be incredibly happy and content with his life and tends to spend a lot of time with his kid and spouse. With a successful career and still being hungry for more, Edoardo is destined for greater things. Let's hope he can continue to achieve success.