Maximilian Gunther is a renowned race car driver who debuted in the fifth season of the FIA Formula E Championship. Having previously driven in Formula 2 with Arden along with Dragon Racing, and BMW i Andretti in Formula E, he has gained massive fame. He also won the prestigious Grand Prix de Pau race in 2017, adding to the list of his other victories.

Gunther, who has been a familiar name in Formula E racing, seems hungry for more glory as he is aspiring to feature in Formula One in the near future. Despite being quite popular in recent years, many still don't know much about the personal details of the racer's life. So, in this biography, let's learn more about how Maximilian has managed to take his career to such a height while being able to balance his private life.

Has A Dual Nationality

Gunther was born on July 2, 1997, to a German father and an Austrian mother in Oberstdorf, Germany. Because of that, he has dual citizenship. Maximilian Gunther's parents have always been supportive of his career, and he is very thankful for their contributions.

Maximilian Gunther's dad was always interested in motorsports but never got the chance to get involved in the sport. The former is also the first person in his family to pursue a career in car racing. Likewise, the racer considers himself to be very much Austrian, from his mother's side and is very proud of his heritage. 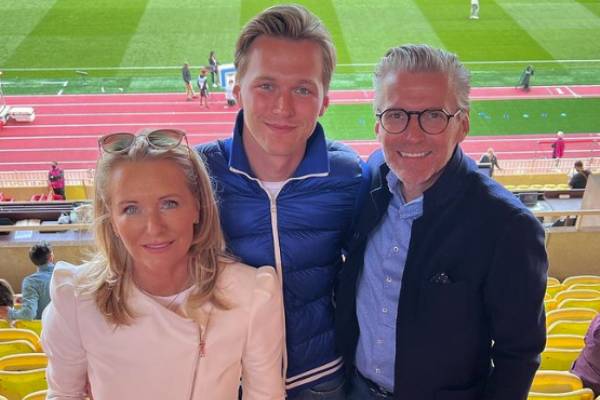 Moreover, Maximilian's mom, who was born in April 1966, comes from Kleinwalsertal. The German racer also spent a lot of time in Vorarlberg, where his grandmother lived, and he often claims how much he loves being in his mother's home country. Gunther also visits his grandmom when he gets some free time between races.

The driver began karting in 2005 when he was only eight years old. He raced for several years and became the ADAC Kart Masters champion in 2010. Then, he began to pursue a career in open-wheel racing. Gunther started with Formula BMW Talent Cup before moving to ADAC Formel Masters in 2013 and 2014. He ranked second in both series.

Maximilian Gunther Net Worth And Career

Having started his racing journey at such a young age, Gunther propelled himself into the racing stone and has achieved a lot in his career so far. Just at the age of 21, he became the youngest regular driver in the Formula E series' history. With vital performances in Paris and Bern, Max finished in the top five and scored 20 points in his first season. With all these, Maximilian Gunther's net worth must be immense.

As the German-Austrian racer stunned everyone with his performances, he was sought out in the market and recommended himself for a BMW works cockpit. Gunther won two races and ranked ninth in his first year as a BMW driver in the 2020 Formula E Championship. After making his debut in the 2018-19 season, he has gone on to accumulate 155 points so far, with one top 10 finish, as of the 2020-21 season.

Likewise, Gunther worked as a test and development driver for the American team GOEX Dragon in the 2018 season. Aside from Formula E, he also competed in the FIA Formula 2 Championship in 2018. He finished in first place at the Silverstone circuit as well. Now he competes with the likes of Lucas di Grassi and Sebastien Buemi in Formula E.

Furthermore, Maximilian raced in various junior racing series before his highly-coveted Formula E debut. He achieved a great feat in 2016 when he became the runner-up in the FIA Formula 3 European Championship. The runner-up of F3 was rewarded with $51,147 (€50,000).

Here are some of the races and tournaments Maximilian has done well:

Gunther also has released merch which includes hoodies, t-shirts, and caps in the price range of $36.59 (£30) to $67.07 (£55). He must earn a lot from their sales as well. With sponsorship deals with big companies like Nissan, WattPower, Cyrus Geneve, and Bell Racing, among others, Maximilian Gunther's net worth must be immense.

It appears so. Max has not been seen with anyone and seems quite private about his romantic life. Likewise, his social media profiles also do not hint at Maximilian Gunther's girlfriend at all. Instead, he mostly shares photos of him racing on tracks and of his family.

Moreover, there have been no rumors about Maximilian Gunther's partner. So could it be that he is single? The details about his dating status will only be known once he decides to share them himself. Or, maybe he might just be focusing on his career.

Nevertheless, Gunther seems to be living a content and comfortable life with his family. Having achieved a lot in his career, his parents must be very proud of him. Let's hope he can keep getting more success and opens up about his partner.