Dare Ogunbowale is an American footballer who serves as the running back for the Jacksonville Jaguars of the National Football League. Image Source: Dare Ogunbowale Instagram.

Oluwadare Ogunbowale, popularly known as Dare Ogunbowale, is an American footballer who began his career with the Houston Texans as an undrafted free agent in 2017. At present, he serves as the running back for the Jacksonville Jaguars of the National Football League.

Previously, he played for the Wisconsin football team. Following a promising collegiate career, Ogunbowale has risen to the ranks to establish himself as one of the toughest players on the field.

So, if you consider yourself an avid follower of football, Dare Ogunbowale's biography is one you should not skip out on. And, without delay, let's get into the details of the footballer's journey to stardom and find out more about the athlete's professional and personal life.

Ogunbowale Grew Up In An Athletic Household

As he grew up in an athletic family, Dare developed an early interest in sports. Ogunbowale's father played soccer and rugby prior to joining the military. At present, he serves as the principal of Milwaukee High school. Similarly, his mother, Yolanda, used to play softball at DePaul University. 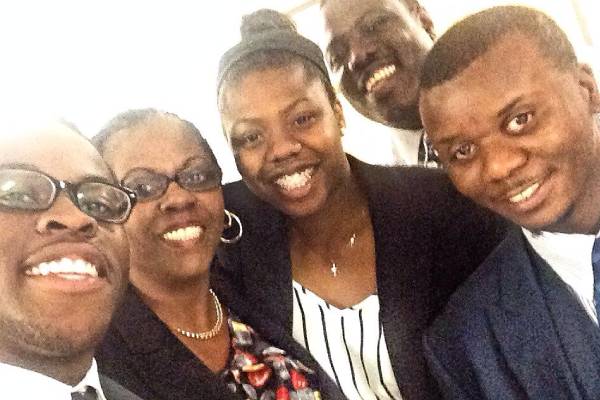 Dare Ogunbowale and his siblings, were raised by athletic parents who made sure that sports were a big part of their lives. Image Source: Dare Ogunbowale Facebook.

In addition, Dare's sister Arike is a professional basketball player for the Dallas Wings and has numerous awards under her name. The siblings are very close because of their shared love for sports and often congratulate one another for their achievements.

Since both of Ogunbowale's parents were involved in the various sports, they made sure to make it an essential part of their children's lives from an early age. Their initiative to involve sports in their kid's childhood has paid off, and today not one but two of their childrens have made a successful career in the sports industry.

So, we can only imagine how proud Dare Ogunbowale's parents and family must be of his accomplishments.

Education and the Start of Ogunbowale's Football Career

The footballer received his primary education from Marquette University High School and later enrolled in the University of Wisconsin-Madison to pursue further education. He graduated from Wisconsin in 2016 with a bachelor's degree in Economics.

Apart from academics, Ogunbowale also excelled in sports, and he was a member of the Wisconsin football team. Although he initially joined the team as the cornerback, he later switched to running back, scoring over 2,000 total yards and 15 total touchdowns. Furthermore, he was even named the team captain during his senior year.

Dare's hard work on the field did not go unnoticed as he was soon signed by the NFL's Houston Texans, kicking off his quest to prominence as a legendary football player.

As mentioned above, Dare's career looked promising from his high school days. So, when Ogunbowale was signed as an undrafted free agent by the Houston Texans on May 16, 2017, he did not disappoint.

However, Dare was waived by the Redskins on March 6, 2018. Subsequently, he signed with the Buccaneers, where he spent over a year. In addition, on December 31, 2018, the professional footballer signed a reserve deal with the Buccaneers. 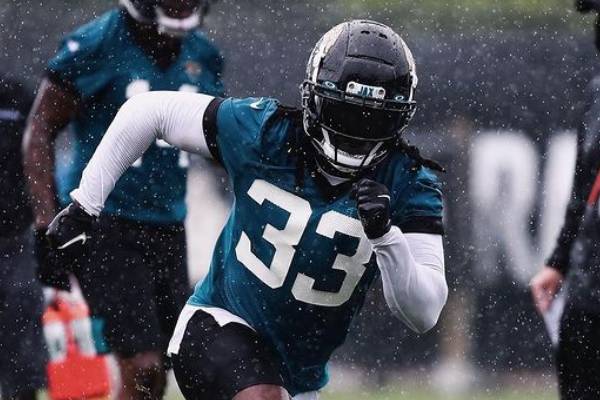 Although Dare Ogunbowale has only been a professional football player for a few years, he has already established himself as a prominent figure in the sport. Image Source: Dare Ogunbowale Instagram.

During his tenure with Tampa Bay Buccaneers, the emerging sportsman was named the team captain with his stats, including 35 receptions for 286 receiving yards and 11 carries for 17 rushing yards and two rushing touchdowns.

The Jacksonville Jaguars signed the player to the active roster in September 2020 while displacing running back Devine Ozigbo to the reserve list. He then signed as an exclusive-rights free agent with the Jaguars on April 19, 2021, and has been their running back ever since.

There is no doubt that Dare Ogunbowale will continue to become an even bigger star in the future. And who knows, one day, he might even climb up the ranks like footballers Kyler Murray, Geno Atkins, and Ben Roethlisberger have. So we wish Ogunbowale every success in his future pursuits.

Dare Ogunbowale Net Worth and Earnings

Consequently, much of Dare Ogunbowale's net worth comes from his legendary football career. The following are the amount he received throughout his professional football career playing in the National Football League:

However, aside from his salary, he also managed to get some hefty GTD at sign deals, which must have boosted Ogunbowale's fortune tremendously.

Furthermore, the Milwaukee native signed a one-year, $675,000 contract with the Jaguars. Additionally, the player will also be earning a base salary of $850,000 in the 2021 season.

As a result, Dare Ogunbowale's net worth must have risen dramatically with all the contracts and deals he has gotten for himself. Yet, the running back has a long way to go and will, without a doubt, continue to add to his fortune.

Is Dare Ogunbowale Dating Anyone?

Ogunbowale has risen to new heights of glamor and glory as a result of his spectacular NFL career. So naturally, the emerging and young athlete's football skills and breathtaking appearance have drawn a slew of female lovers over the years. Consequently, many people are curious to learn more about whether Ogunbowale's heart has been stolen or if he is still single and looking for his other half.

Unfortunately, the footballer has remained tight-lipped about his personal affairs and love life. Furthermore, the running back rarely speaks about his romantic endeavors; therefore, information regarding Dare Ogunbowale's girlfriend or whether he even has one is still a mystery. Moreover, there is no sign of Ogunbowale's lover on any of his social media accounts. 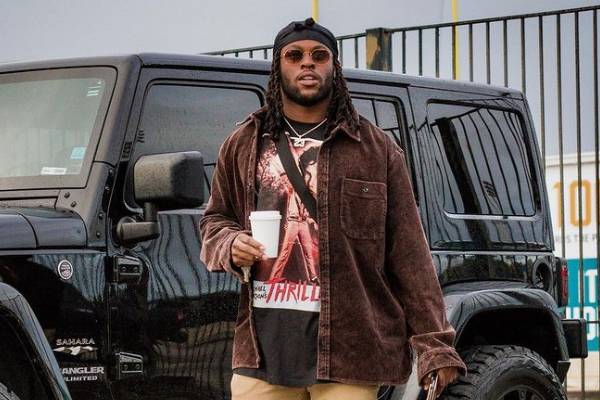 However, it's also possible that the athlete is dating in secret because he doesn't want outsiders to meddle with his personal life. Well, if this is the case, then we must give props to his companion for remaining entirely undetected by the media. Similarly, Ogunbowale has done a terrific job at keeping his personal life concealed.

It is clear that his professional life has been more successful than his personal life, and just like his football career, he remains a single agent on the dating aspect of his life. Regardless, any girl would be fortunate to date the NFL star, so we're hoping Dare Ogunbowale's future life partner is out there and that he finds her soon.