Rick Bowness is a former ice hockey player who is currently the head coach of the Winnipeg Jets of the NHL. Image Source: Wikimedia Commons.

If you are an ice hockey fanatic, you must recognize Rick Bowness. Born Richard Gary Bowness, he is a former Canadian ice hockey right winger who currently serves the Winnipeg Jets of the NHL as the head coach.

In case you are a new fan of the coach, you might be eager to know about him. Hence, this biography will help you learn better about Rick Bowness, including his net worth, family, career, wife, children, and more.

Born To A Hockey Player

The former right winger was born on January 25, 1955, in Moncton, New Brunswick, to his parents, Thelma Bowness and Robert S. Bowness, also known as Bob Bowness, Robert was also a former ice hockey player who played as a left winger. He competed in the Nova Scotia Senior Hockey League, a Senior Amateur hockey league that operated from 1958 to 1962.

It was Rick Bowness' father who influenced him to start playing hockey. In an interview with The Hockey News, he revealed that his first hockey memory was of him going to the rink to watch Bob play. Rick added that his passion for hockey came from his dad. And, it wasn't long after he started skating out on the backyard rink or lakes to play hockey. 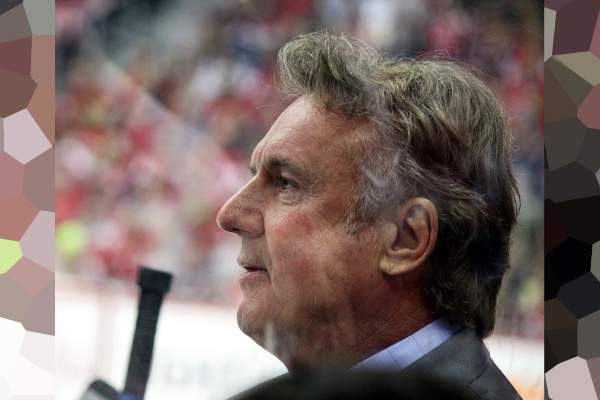 Furthermore, the head coach is one of his parents' four children. He grew up with his two sisters, Shirley Bowness and Laureen Bowness, and brother, Laurie Bowness. All of his siblings are happily married to their respective partners. Sadly, Rick Bowness' mother, Thelma, passed away on August 27, 2014.

Rick Bowness Net Worth And Career

The Moncton native has been actively involved in professional hockey, both as a player and as a coach, since 1975. Rick must have made a massive fortune from his career in the sport throughout the years. Likewise, Rick Bowness' net worth must also be a considerable sum.

The former athlete was drafted 26th overall in the second round by the Atlanta Flames in the 1975 NHL Amateur Draft. He soon made his NHL debut with the Flames in the 1975-76 season. However, after about a year, he was traded to the Detroit Red Wings for cash considerations in August 1977. Bowness was once again traded to the St. Louis Blues for cash in October 1978, although he was set to play for the Red Wings that season. Then, in June 1980, the Blues traded Rick to the Winnipeg Jets for another player, Craig Norwich.

Now, let's take a look at Rick's career statistics as an NHL player.

In total, the head coach has appeared in 173 NHL games, recording 18 goals and 55 points. Additionally, he also played in the CHL with the Tulsa Oilers and Salt Lake Golden Eagles and in the AHL with the Nova Scotia Voyageurs and Sherbrooke Jets in his playing career.

Rick began his coaching journey as an assistant coach for the Winnipeg Jets in 1984. During the 1985-86 season opener, he was once fined $500 and suspended after punching the Calagary Flames' forward Tim Hunter in the head during a scuffle.

Nonetheless, the one-time player remained an assistant coach for the Jets until 1989, after which he was named the head coach for the club. However, shortly after, he left the organization. The Canadian coach returned to the Winnipeg Jets, which has been rebranded as Phoenix Coyotes, as an assistant coaching staff in 1999. Before that, he served the Maine Mariners, Boston Bruins, Ottowa Senators, and the New York Islanders.

Bowness left Phoenix Coyotes in 2006 and since coached the Vancouver Canucks, Tampa Bay Lightning, and Dallas Stars. Finally, he was named the head coach of the modern Winnipeg Jets franchise on July 3, 2022. As per TSN Hockey Insider, Pierre LeBrun, the 1955-born coach signed a two-year deal worth $2.5 million with a club option for a third season.

The insider added that if the third-year option is picked up, Bowness' salary would be closer to $3 million. Hence, Rick Bowness' net worth must also be a significant amount.

Married To A Private Person

The Moncton native enjoys a blissful marital life with his partner, Judy Bowness. The pair met each other at Nova Scotia West High School (now Halifax West High School) and began dating soon after. The duo tied the knot in the late 1970s. Unfortunately, the head coach has not revealed much about his spouse, who prefers to stay away from the limelight as much as possible.

Furthermore, Rick Bowness' wife appears to be a private person who doesn't seem to be present on social media. But, Judy did once talk about her husband's sacrifices and hard work. Hopefully, we will learn more about the lucky lady in the upcoming days. Also, the couple's mutual understanding and love must be the reason behind their long-lasting marriage.

Likewise, Derek King is another NHL coach who is married.

The former hockey player and his spouse, Judy, have welcomed three children into their family. They share two sons, Richard Bowness and Ryan Bowness, and a daughter, Kristen Bowness. The birth details of two of Rick's kids, Richard and Kristen, have not been revealed yet. Due to this, it is difficult to know who amongst the Bowness siblings is the oldest. Nonetheless, all of them have grown up and are leading their own individual lives.

Rick Bowness' daughter, Kristen, works as a Director of Amateur Hockey and Fan Development for the Nashville Predators of the NHL. His son, Richard, studied Sports Business Management at Algonquin College. He currently lives in Denver, Colorado, with his beloved wife, Jodee Bowness.

Likewise, Ryan is a former EHCL ice hockey player for Ontario Reign. Born August 5, 1983, Rick's son is now an assistant general manager for the Ottawa Senators of the NHL. 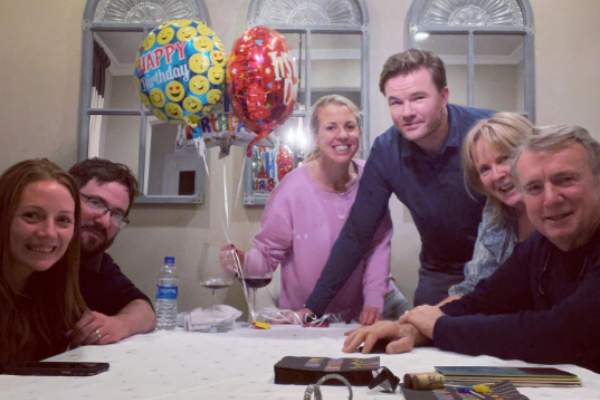 Overall, Rick Bowness appears to be leading a successful life with his loved ones. With his net worth that is likely to grow with his ongoing career as a head coach, he must be enjoying a comfortable life with his family. Nonetheless, we wish the former right winger continues to lead a blissful and prosperous life in the future.