Celebrities become famous for their role in their respective fields, but not everyone is a daring character. Nevertheless, there are a handful of celebrities who get attention aside from their professions.

So without further ado, below, let's look at six female celebrities who are rich majorly due to their investments and business.

American supermodel, filmmaker, charity founder, and campaigner Christy Turlington is an example of a powerful woman. Born on January 2nd, 1969, the model has represented Calvin Klein's Eternity campaign twice while also working with Maybelline. The 52-year-old was named one of Glamour's Women of the Year in 2013 and was included in Time Magazine's 100 lists of the most influential people in the world in 2014.

Despite earning fame in the late 80s and early 90s as a supermodel, Turlington became more famous for her investments as a social entrepreneur. However, Christy's life took a turn after she became a mother. 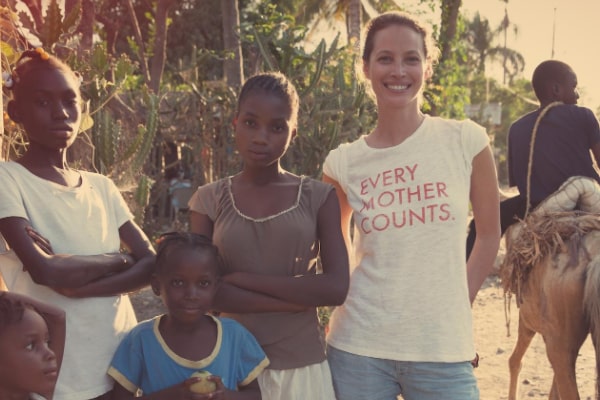 In 2010, 5'10" former supermodel produced a documentary No Woman, No Cry to raise awareness about how thousands of women die in childbirth worldwide. This also led her to establish a nonprofit organization called Every Mother Counts that promotes safe childbirth.

Turlington also works with the international humanitarian organization CARE and is also the ambassador for Product Red. In addition, she serves on the Harvard Medical School Global Health Council and is the advisor for the Harvard School of Public Health Board.

The mother of two is also a member of the White Ribbon Alliance for Safe Motherhood and Mother's Day Every Day. In addition, she has a whopping net worth of $40 million which is being used for a good cause rather than on herself.

Gisele Bündchen is not just one of the highest-paid supermodels but also a businesswoman and activist. In 2014, the Brazilian model was Forbes 89th Most Powerful Woman, and in 2007 she was the 16th richest woman in the entertainment industry. Married to NFL superstar quarterback Tom Brady, the 40-year-old has appeared in more than 1,200 magazine covers.

Aside from fame, the Brazilian goddess is also a natural skincare entrepreneur and has her own line, Sejaa Pure Skincare. Its products are inspired by Bündchen’s love for earth & nature, due to which they create products with as little impact on the environment as possible.

Since she is one of the highest-paid supermodels, Gisele Bündchen’s net worth is $400 million. Besides having her own company, the mother of two has invested $100 million in 3G Capital Inc., an investment firm controlled by Brazilian billionaire Jorge Paulo Lemann.

This powerhouse firm has acquired Burger King, Tim Hortons, H.J. Heinz, and Kraft Foods. With her investment, the goodwill ambassador of the United Nations Environment Programme is said to have her hands on Mondelez International Inc., which owns brands like Basico, Cadbury, Chips Ahoy!, Oreo, and Pillsbury & Betty Crocker.

American actress and producer Sarah Jessica Parker is mostly known for her role on the hit HBO television series Sex and the City. She won two Emmys, four Golden Globes, and three Screen Actors Guild Awards for her performance in the show. The 57-year-old has had an impact in the fashion industry for her role as the fan-favorite Carrie Bradshaw.

In 2014, she teamed with Nordstrom to bring Carrie's show line to life as SJP Collections which later became a huge deal. The shoes cost from $185 to $500 and are accessible to SJP's millions of fans. Other than her shoe line, Parker signed a multimillion deal with Gap, which was quite the opposite of the high-end fashion show she was part of. 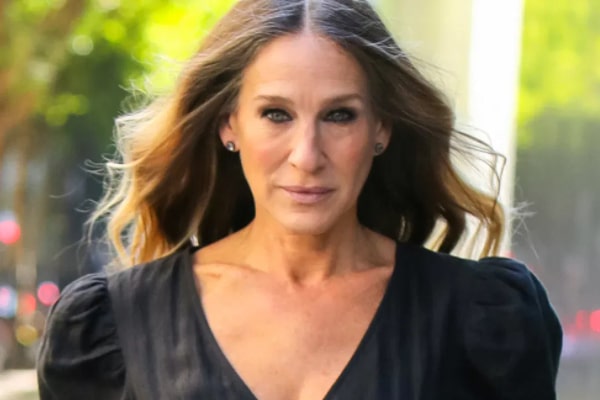 Sarah Jessica Parker had initially turned down for her Sex and the City role. Photo Source: Social Media.

The actress in 2005 released her own perfume called Lovely and in 2007 started her clothing line Bitten, partnering with Steve & Barry. She also became the spokesmodel for Jordache Jeans and partnered with Gill to launch her bridal collection.

Out of the fashion industry, Sarah also has her own production company, Pretty Matches, which has been creating content for HBO and other channels since 2009. With a collaboration with New Zealand winery Invino and Co, the actress has released a range of award-winning wines.

SJP's net worth of $150 million is being put into good use despite not appearing on the big screen often.

Having started her acting career at the age of 13, Jessica Alba is not just Hollywood's sweetheart but also a successful businesswoman. The Honey actress is included in the world's most beautiful women for Men's Health, Vanity Fair, and FHM. Her company, on the other hand, is co-valued at $2 billion.

In 2011, Alba co-founded The Honest Company, a consumer goods company that sells household, personal, and baby products. This venture was a huge success for her, and soon she would launch her skincare & beauty product collection called Honest Beauty. She also wrote a book, "The Honest Life," based on her experiences in creating a natural and non-toxic life for her family, which became New York Times Best Seller. 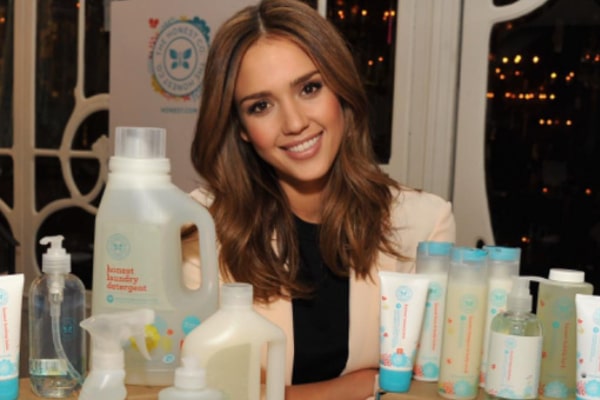 The Fantastic Four actress is also a philanthropist. She is a frequent donor and most recently donated an undisclosed sum to the United Way to protect Great White Sharks. Alba has endorsed the presidential campaigns of Barack Obama and Hillary Clinton. Nowadays we barely see the 40-year-old actress starring in big movie projects, yet she has amassed a net worth of $340 million, thanks to her fruitful investment.

The 23 times single Grand Slam winner and former world's no.1 female single tennis player, Serena Williams, is also known for her off-the-court activities. The 39-year-old has 73 career titles and holds the record of 851-149. Despite being the youngest female celebrity mentioned in his list, Williams has investments in various fields.

Williams has made over $80 million in winnings as a tennis player which is way more than the others, and as a businesswoman, she has her own fashion line exclusive for Home Shopping Network. The 14-time Wimbleton winner and her sister, Venus Williams, have stakes in The Miami Dolphins and Ultimate Fighting Championship.

Along with Nike, the tennis player also has endorsements with Gatorade, Pepsi, Beats by Dre, Delta Air Lines, Audemars Piguet, Mission Athletecare, Intel, and OPI Products, to name a few. She is the Chief Sporting Officer for the luxury automobile manufacturer Aston Martin.

In July of 2020, Serena became part of an all-female investor's group for Angel City FC, a new franchise in the Women's Soccer League, which is set to start from the 2022 season. With more than 20 corporate partners and 50 investments in startups and along with her tennis career, Serena Williams has an estimated net worth of $210 million.

Reese Witherspoon, an American actress, producer, and entrepreneur, is a recipient of various accolades and was among the highest-paid actresses in the world in 2019. The 45-year-old was also listed in the World's 100 Most Powerful Women in 2019 for Forbes and 100 Most Influential People for Time Magazine.

The Oscar-winning actress, aside from acting, has her own production company, Pacific Standard, and the hit Gone Girl was the studio's first work. In 2015, Reese launched a retail brand, Draper James, which focuses on fashion and home decor. She is also the chief storyteller for Elizabeth Arden, Inc. and an active supporter of woman advocacy & Save the Children. 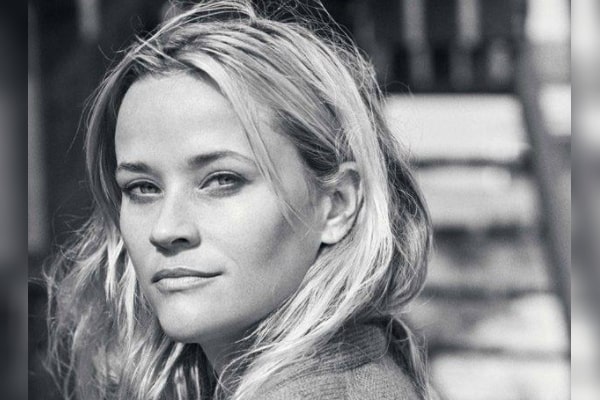 Reese Witherspoon was into cheerleading during her schooling days and now is one of the richest actresses thanks to her hard work. Pic Source: Reese Witherspoon's Facebook.

The Walk the Line actress's first endorsement was to serve as the global ambassador of cosmetic firm Avon Products. Witherspoon became the honorary chair of the Avon Foundation. The actress has a net worth of $240 million, mostly from her side projects other than her time on the big screen.

Other than the ones mentioned above, Beyoncé, Sofía Vergara, Victoria Beckham, Jennifer Aniston, Jessica Simpson, Kathy Ireland, Oprah Winfrey, and Angelina Jolie are other kick-ass female celebrities who have had success in their side ventures.

In this article, we look at the five rich young rappers in the present-day industry. We ...

Major League Baseball is one of the most-watched sports events in the world. The billion-dollar ...