5 Celebrities popular for their infamous spending and who have lost millions of dollars. Pic Source: Social Media.

Becoming an A-list celebrity means not only more attraction & attention but also more money. But, unfortunately, not all these celebrities can handle such benefits properly, which leads to their downfall.

Below, let us look into five such celebrities who have poor money management and enjoy spending outrageously.

The all-mighty Nicolas Cage is often compared to the modern-day Chuck Norris, not only because of his rough and gritty performances but also for appearing on the big screen frequently.

The actor has over 100 acting credits in his bag, and some of his notable works are in The Wicker Man, Next, Drive Angry, Army of One, Adaptation, National Treasure, The Rock, and Ghost Rider. In 2009, the 57-year-old was one of the highest-paid actors in Hollywood and had a net worth of $40 million. However, as of 2021, his net worth has gone down to $25 million. 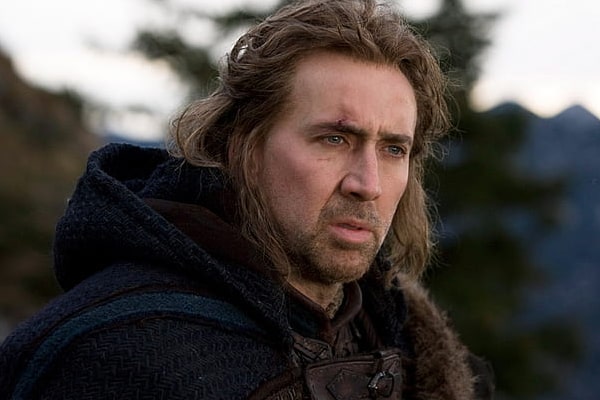 Nicolas Cage has starred in over 100 movies and is far from taking a break. Photo Source: Social Media.

Apparently, the actor has a major spending issue and has equal problems with his financial adviser. Cage has spent more than $40 million on vintage cars, luxury yachts, rare arts, high-end jewelry, and 15 palatial houses worldwide. As a result, the 6ft actor faced foreclosure on several properties and had to pay the IRS $6.2 million.

Cage went on to buy a mansion, a private island, and a dinosaur skull, which altogether charged him more than $150 million. The Oscar-winning actor became broke after spending unnecessarily and owed the IRS $13 million. Some of his other exotic purchases are two albino king cobras, the Shah of Iran's Lamborghini, a famous haunted house, shrunken Pymgy heads, a pyramid tombstone, the first Superman comic, two European castles, and a Gulfstream private jet. These expendable purchases resulted in the loss of millions for the American actor.

Curtis James Jackson III, better known as 50 Cent, was untouchable in the early & the mid-2000s. The rapper was on top of the food chain since he had won over 70 prestigious music awards in multiple categories. Some of his evergreen songs are In Da Club, Many Men, P.I.M.P., 21 Questions, Candy Shop, and Window Shopper.

50 is not just a rapper but also an actor, songwriter, television producer, and entrepreneur. Yet, despite all the fame and success, the 45-year-old declared bankruptcy in 2015. The rapper had a net worth of over $100 million at his peak, which has reduced to $30 million in 2021. So it was shocking to all his fans when he had over $36 million in debt and less than $20 million in assets.

The Get Rich or Die Tryin' actor loves to spend his earnings carelessly either by starting various unsuccessful ventures or purchasing luxurious goods. Some of his failed projects include his G-Unit clothing line with Marc Ecko, his boxing promotion called SMS Promotions, and several others.

Curtis couldn't keep up living lavishly as he spent over $3,000 monthly on clothing and $1,000 on grooming alone. His most ridiculous purchase must be his 17-acre property which featured a 50,000 square-foot residence with 21 bedrooms, 37 bathrooms, a gym, a Gucci-themed casino, and a nightclub. Located in Connecticut, the property previously belonged to Mike Tyson, for which 50 Cent paid $4.1 million. He later upgraded it with a private movie theater, infinity pool, and helicopter pad and paid $6 million.

Since he went broke, 50 has been showing off on his social media with prop money and lied about his bit-coin fortune. As his music career went down the drain, the one-time hit artist even lost a back-to-back lawsuit for malpractice. In 2019, the rapper sold his incredible house for just $2.9 million, a fraction of what he paid and upgraded it for.

American singer, songwriter, pianist, actress, television personality Toni Braxton was once the highest-selling female R&B artist in history with over 70 million records sold worldwide. She has won multiple Grammy Awards, Billboard Music Awards, and American Music Awards. Yet, despite her successful career, her high spending pattern has made the 53-year-old file for bankruptcy twice.

The singer's net worth as of 2021 is $10 million, which is not even close to what she was making in her prime days. Despite her commercial success in 1998, she filed her first bankruptcy, at which she was $5 million in debt. The Another Sad Love Song singer in 2010 filed for bankruptcy again for as much as $50 million in debt. She reportedly owed money to a wide range of creditors, including AT&T, Tiffany & Co., Neiman Marcus, and also on taxes. 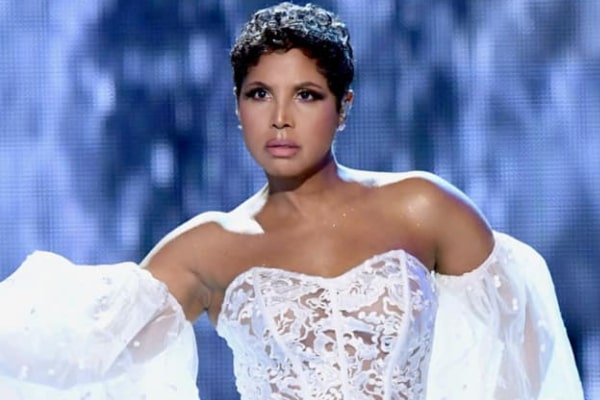 The R&B artist apparently spent $2.5 million on clothing, hair, and makeup alone in under two years. She even lost the rights to 27 of her most famous and hit songs which included "You're Making Me High," "How Many Ways," and "Always" as part of her bankruptcy case. Her overindulgence in housewares, kitchenware, and home decor was also part of her financial downturn.

Furthermore, Braxton has worked on her comeback by releasing albums despite having issues with her bank balance. In 2008, the 53-year-old removed a lump from her breast while she was touring and promoting her latest album. As a result, the remaining concert days were canceled, which her fans took positively. Unfortunately, she was also diagnosed with microvascular angina and Lupus, which might have cost a fortune to recover from.

Johnny Depp was once Hollywood's A list celebrity, having starred in numerous highest-grossing movies. However, the American actor, producer, and musician is a three-time Academy Award nominee and has had a massive downfall in recent years. The 57-year-old actor once had a net worth of $200 million and was paid $20 million per movie.

Despite having a current net worth of $150 million, the actor suffers from a major financial crisis. After losing a high-stake libel case against the British tabloid Sun in November of 2020, Depp claimed that he had lost his $650 million film fortune and was drowning in $100 million debt. In addition, he faced another big blow over the lawsuit against ex-lawyers. 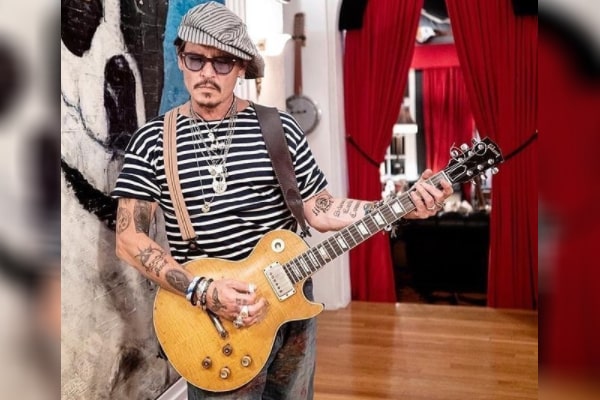 Johnny Depp was removed from his role in the Fantastic Beasts and Where to Find Them franchise after his legal issues. Image Source: Johnny Depp's Instagram.

Before his court battles, the Public Enemies actor paid more than $70 million for several houses around the world. His real estate portfolio includes islands in the Bahamas, a mansion in Hollywood Hills worth $19 million, and other assets. In addition, Depp reportedly spent over $30,000 on wine monthly and owns a Rolls Royce Wraith worth $3.5 million. The Hollywood Vampires guitarist also owned a luxury yacht worth $22 million, which he sold in 2016.

The actor got himself involved with bad individuals in business partners and financial managers, which led him almost to bankruptcy. Depp's business managers had not paid the government taxes for over 17 years, which led to his downfall. Also, his legal battle with his ex-wife Amber Heard only worsen the situation.

The world of boxing has never seen a fearsome fighter and heavyweight champion like Mike Tyson. The former boxer holds 50 wins and 6 losses, with 44 of those wins coming via knockout. As boxing has always been a high-earning sport, the former undisputed champion once had a net worth of $685 million, dropping to $10 million as of 2021.

Aside from his boxing career, the hardest heavyweight hitter was a massive spender and was not afraid to throw those Benjamins. Tyson admitted from the very beginning that he had no idea in managing his finances which led him to purchase luxurious products. The 54-year-old was also exploited by his manager Don King and was later sued by Tyson for $100 million. 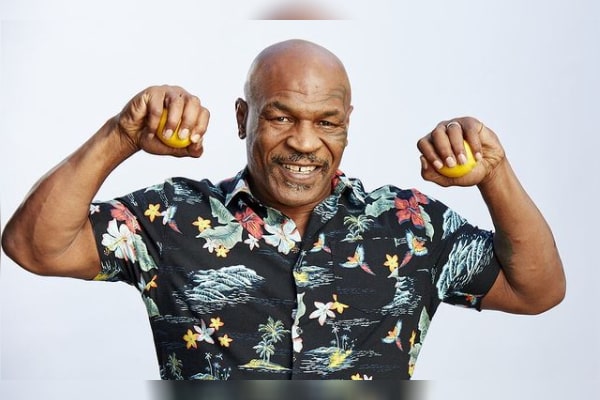 The former champ lost all his endorsement when he was sentenced to six years in prison for rape in 1992. He would later file for bankruptcy in 2003 with $23 million in debt. He owned a 1997 Bentley Continental T worth $500,000, Jaguar XJ220, and five Bentley Azure, which cost him a whopping $1.5 million. His famous pet tigers were reportedly bought for $60,000 per tiger, and $400,000 was spent for their maintenance.

He resided in Henderson, Nevada, in an 8,148 square-foot mansion worth $3.6 million, which he listed for $1.5 million in 2016. Tyson also invested around $750,000 for his famous "Tyson Ranch," which is used to produce medicinal marijuana, and also the place where he holds his podcast Hotboxin' with Mike Tyson.