7 Celebrities Who Have Benefitted Millions From Proper Investments

Celebrities not only become famous for their career but also by their valuable investments. Image Source: Social Media.

Investment works in the growth of your wealth, adding more income sources. Celebrities other than their outrageous spending are also known to make successful investments.

Below let us look at seven such celebrities who have had quite a success with their investments.

The Morbius actor in the upcoming Marvel movie of the same name, Jared Leto, has had quite a success in his career so far. He began as a television actor, who would later transition to the big screen; Leto is also the lead man of the band Thirty Seconds to Mars. Other than music and making most of his movie characters iconic, the 49-year-old is a huge investor.

The Oscar-winning actor and director is a silent investor and has made more than 50 investments over the years. He has invested in Slack, Reddit, Uber, Airbnb, DocuSign, Headspace, Zenefits, Meerkat, Blue Bottle Coffee, and many more. 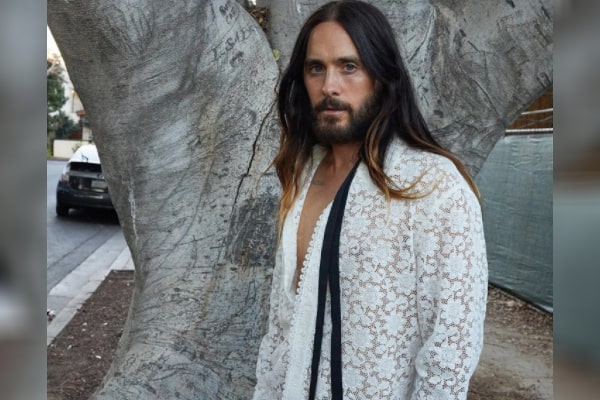 The Dallas Buyers Club actor where he plays a transgender woman said his best investment was for Nest Labs, which Google acquired for $3.2 billion in 2014. The Jesus Christ look-alike in 2021 has already invested in Alchemy, Step Mobile, Vessel, and X1 Card.

The 5'8" actor, musician, songwriter, composer, film director & producer, photographer, painter, philanthropist, and businessperson has invested millions which helps in adding up to his $90 million net worth.

American television host, actress, comedian, writer, and producer Ellen DeGeneres is known globally for her talk show The Ellen DeGeneres Show. The Louisiana-born is openly lesbian and has been outright successful with her investments.

The 63-year-old has done pretty well in the real estate game as she has owned and sold 12 high-end properties after becoming famous. American's queen of daytime TV made a $15 million profit by selling a $40 million mansion. Even her wife Portia de Rossi joins in the action and is ok with changing houses again and again. 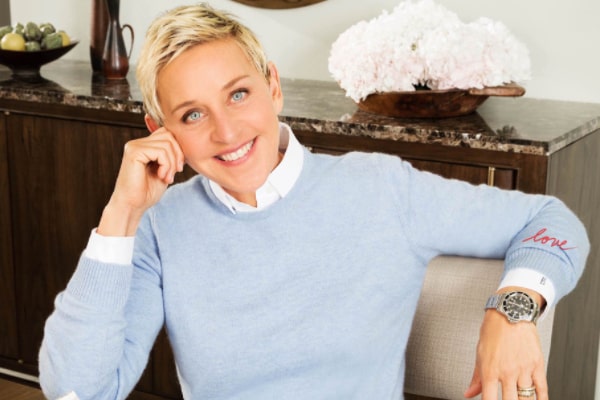 Ellen DeGeneres is a real estate investor and has earned a large sum through the investments. Pic Source: Ellen DeGeneres' Facebook.

In 2019, Ellen, along with her wife, also invested in a vegan brand, Mikoyo's Creamery, for their love for animals. Ellen, who has hosted almost all the top award show in the showbiz industry, paired with Walmart for her clothing and home decor line, ED by Ellen & EV1.

Out of the personal investments, Ellen DeGeneres has also invested in Stamped, an ex-Google app which is for reviewing business and restaurants. She invested $1.5 million in the app, which was later acquired by the CEO of Yahoo, Marissa Mayer. Despite not having a major investment, the Finding Dory voice actress has amassed a net worth of $370 million.

Nasir bin Olu Dara Jones, better known by his stage name Nas, hasn't been making music lately like before despite being regarded as one of the greatest rappers of all time. However, the American rapper, songwriter, and entrepreneur has continued to earn a fortune through his successful investments.

Most of his investments are in startup companies and are well documented. The New York-based rapper has invested in over 40 startups over the years, including the Bitcoin services provider Coinbase, text annotation website Genius, and DeviantArt, an online art community. 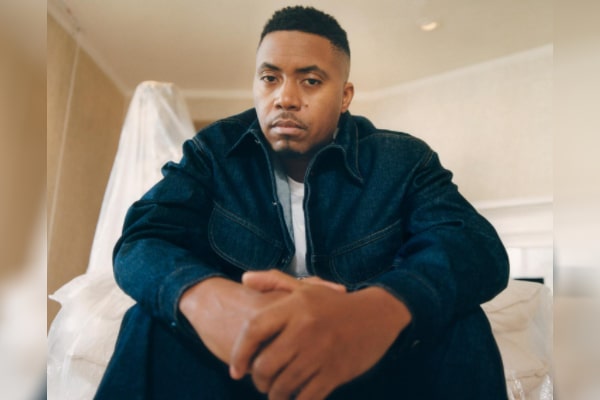 Nas' second business investment was acquired by Amazon for over a billion US dollars. Photo Source: Nas' Facebook.

The If I Ruled the World rapper found himself another successful investment after Amazon's $1 billion acquisition of online pharmacy startup company, PillPack. He also serves as the founding partner of Queensbridge Venture Partners, which has worked on more than 100 investment deals.

With this firm, Nas was able to invest in Casper, SeatGeek, Lyft, Dropbox, and digital media brand Genius. In addition, Nas and his manager, Aymen Anthony Saleh, reportedly have dedicated more than half of their entire portfolio to startups. Due to this, despite not producing music much, Nas has a net worth of $70 million.

Many of us know Magic Johnson as a basketball icon and the Los Angeles Lakers' legend but what we didn't know was his tons of investments. The 5-time NBA champion is a 3-times Finals MVP, 3-times Most Valuable Player, and has successfully started his investment company, Magic Johnson Enterprises, after retiring.

The point guard invested in ShotTracker, Skurt, and purchased 125 Starbucks stores, and 31 Burger King through the company. With this, the dream team member also invested in movie theaters, malls, and 24 hours fitness. Johnson's first big investment was buying a 4.5% stake in the Lakers for $10 million.

Aside from Lakers, the 61-year-old has also invested in the LAFC of Major League Soccer, worth $700 million, and L.A. Sparks of the WNBA. At present, Magic Johnson Enterprises is huge with investments in LaGuardia Airport, Superheroic, Uncharted Power, Walt Disney Imagineering, and Marvel Experience.

Johnson's right investments have led to his $600 million net worth, which is more than enough for the former basketball player.

"The Queen of Pop," Madonna Louise Ciccone, is regarded as one of the most significant figures in pop culture. The 7-time Grammy winner has amassed herself a fortune from her music career and invested it rightfully. Since the 62-year-old is away from making music, her investments have been the main source for her $800+ million net worth.

The Queen of Pop has invested an estimated amount of $10,000,000. As she drinks coconut water every day, the La Isla Bonita singer invested $1.5 million in Vita Coco in 2010. The investment appears to be paying off as the popularity and demand for coconut water have been soaring in recent years. 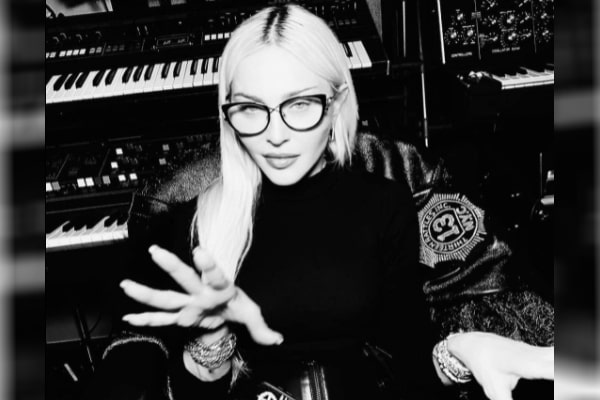 Products from the brand is sold in more than 30 countries worldwide and has also received funding from Matthew McConaughey, Demi Moore, and Anthony Kiedis. Vita Coco has a 40% market share in the United States and did $421.1 million in sales globally in 2014 alone.

Hollywood's leading man, Leonardo DiCaprio, is one of the highest-earning actors with over 30 years in the industry. The actor, film producer, and environmentalist has a huge fan following due to his epic movie roles. Whether he is playing a teenage lover in Titanic or being the bad guy in Django Unchained, Leo was just born for it.

The 46-year-old poster boy has invested an estimated $186,600,000, mostly in tech and environmental areas. In 2011 he made a $4 million investment in Mobli, an Israel-based social mobile photo, and video sharing app. The award-winning actor has also invested in Suja Juice and Casper. 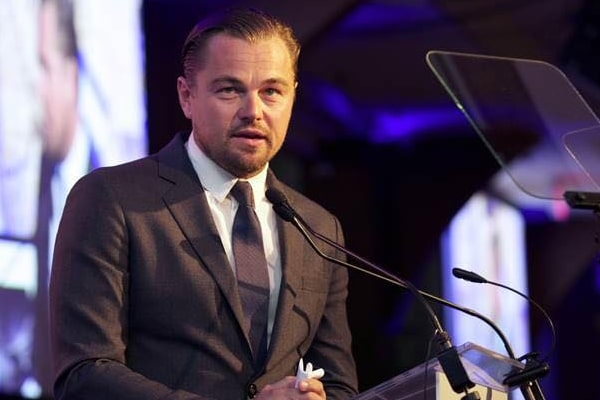 The Revenant actor is also contributing to the Los Angeles-based investment firm Struck Capital to make LA into a tech development powerhouse. Beyond Meat, an alternative meat manufacturer, also has Leo's investment.

Runa Tea and Diamond Foundry are some other companies DiCaprio has splashed his cash around in. Thanks to his proper investments and his acting career, Leonardo DiCaprio's net worth is $260 million.

The star of "That 70s Show", Ashton Kutcher, is perhaps the most active of all celebrity investors. The American actor, model, producer, and entrepreneur is also known for his role in Two and a Half Men and for playing the lead role in the psychological movie, The Butterfly Effect.

Married to Mila Kunis, the 43-year-old actor has invested mostly in the tech sector. His investments have turned to huge global brands such as Uber, Spotify, and Airbnb, to name a few. The creator of Punk'd has also co-founded A-Grade Investments and Sound Ventures. 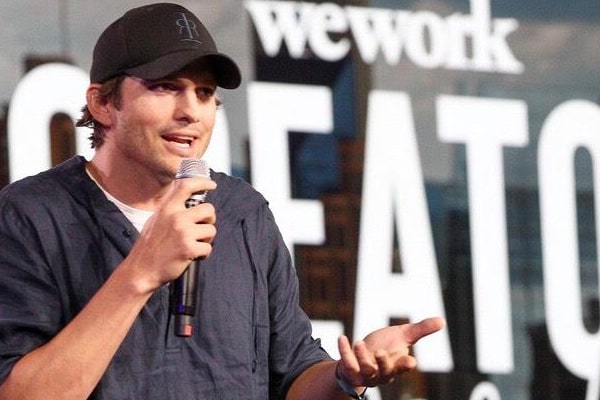 Ashton Kutcher is one of Hollywood's top investors and has had quite a success with it. Photo Source: Ashton Kutcher's Facebook.

Within six years, he and his partners turned a $30 million fund into $250 million. Some of the company's other investments are in Warby Parker, Houzz, Wefox, Collective, Community, Mainstreet, and Chums.

Nowadays, we hardly see the actor on the big screen as his last major role was for a TV series called The Ranch. However, despite not appearing in movies, Ashton Kutcher's net worth is $200 million, mostly assembled from his successful investments.

With all that said, not all celebrities have major success with their investments. Along with the ones mentioned above, Jay-Z, George Clooney, Serena Williams, Robert De Niro, Ryan Seacrest, and Will Smith are some other successful celebrity investors.

We hope to see other A-listers join the list taking the ones mentioned above as examples.