Home Featured Articles Celebrities Who Spend Millions On Their Bodyguards.

Some celebrities pay millions of dollars to their security teams to ensure they are protected at all times. Image Source: Flickr.com.

Being a famous and influential person in today's society is not an easy task. There is always a risk that someone might attack you or your loved ones for your money and power. Moreover, suppose you are a well-known celebrity whose face is on the mainstream media. In that case, there is a chance that fans will swarm you whenever you go out and follow you everywhere.

Fans, stalkers, paparazzi, haters, and rivals, celebrities need to be kept safe from them all. But, unfortunately, it is not possible for one to stay in all day and people need to go out. Thus, celebrities hire an entourage of security guards and even bodyguards to protect themselves and their loved ones from any harm.

Security guards are said to be paid enough for the work they do. However, protecting others while keeping yourselves at risk is not an easy task. In contrast to the $64,700 annual income of a celebrity bodyguard, an average armed security personnel can earn around $41,000 annually, according to Salary.com. Unfortunately, that is not enough for such a risky job.

However, some renowned celebrities are ready to drop millions of dollars to ensure the safety of their loved ones. So, let us look at seven stars who pay a hefty sum of money to their bodyguards and security teams.

Beyonce Knowles and Jay-Z are undoubtedly the most famous musicians on the planet. Wherever they may go, inevitably, fans will not fail to recognize them. Moreover, they have been attacked on multiple occasions by fans and haters. Sometimes on the street, whereas at times, fans rush to the stage during their concerts to grab them without consent. 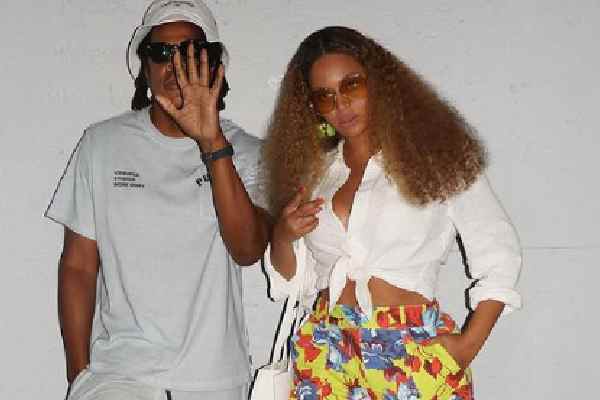 Beyoncé and Jay Z hired 500 security officers after they were grabbed onto by fans on multiple occasions while touring. Photo Source: Beyoncé's Instagram.

As a result, the power couple has a very tight security system. They surround themselves with more than 500 security personnel at all times when on tour.

Moreover, to ensure the safety of their children when they are out, they have at least three bodyguards around them. Being around their bodyguards has been so natural to them that they have even befriended the security personnel.

It was reported that in 2013, the couple spent $4 million on military-grade bomb-proof cars and former intelligence agents as security guards. Also, they spend $8,000 a month on each of their bodyguards.

The Maleficent star is undoubtedly one of the most famous and recognizable actresses in the world. Three bodyguards surround the actress at all times while she has an excellent security team in place for her six children. For a long time, one of Angelina Jolie's bodyguards was Mark "Billy" Billingham, who later became the bodyguard for actor Tom Cruise. 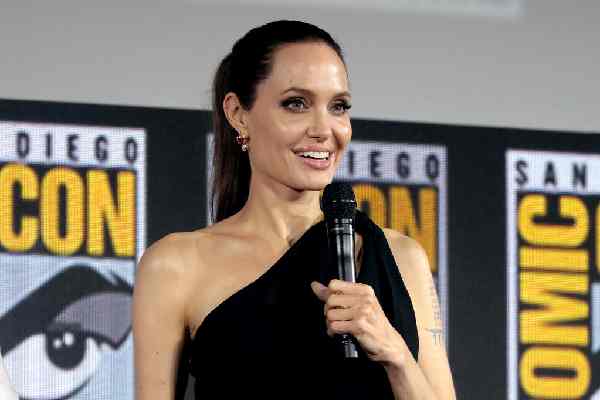 Many sources have claimed that the actress's security fee could amount to $2 million annually. However, even such vast sums of money must be a small price to pay for the sake of your loved ones.

David Beckham and Victoria Beckham are famous celebrity couple. The soccer star and fashion designer have millions of fans worldwide. The couple was reportedly increasing the security around their properties as they were said to have applied to the West Oxfordshire District Council for permission to build a gatehouse. 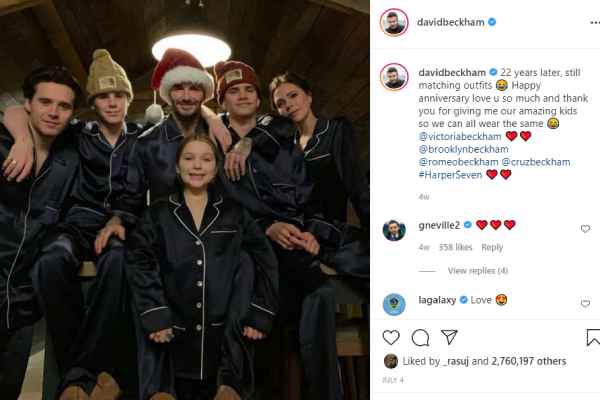 Power couple David and Victoria Beckham spend millions to ensure the safety of themselves and their four children. Image Source: David's Instagram.

Founder of AD Entertainment Services, Anthony Davis, has estimated that the high visibility couple could be charged between $2,500 to $5,000 a week for each officer in 2013. Moreover, a 3-day trip could cost them $9,000 an officer if they travel with the whole family. Still, the lovely family is estimated to have spent $1 million annually.

However, with their growing popularity, the Beckham family must have paid an exceptional sum for their security.

Johnny Depp's reputation has been in the wrong light due to his messy divorce with Amber Heard. As a result, the actor has garnered many haters who are ready to harm him badly at any given chance. Thus, the Pirates of the Caribbean series star has upped his security. However, even before the scandal, the versatile actor used to have a very tight security system in place. 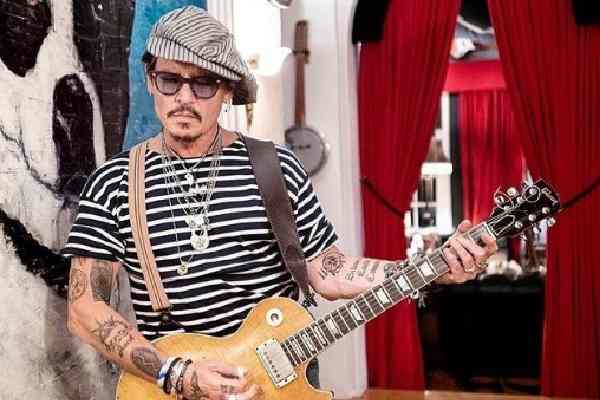 Johnny Depp does not like to be treated like a Hollywood star but still has a very tight security system where he lives. Photo Source: Johnny's Instagram.

A former bodyguard of the actor revealed that Depp does not like to consider himself a "Hollywood level" star and prefers to live a quiet lifestyle. However, he does have several secret surveillance cameras and a top-notch security system in place. In addition, the Alice in Wonderland actor is said to spend $2 million annually for the sake of his safety.

Although Kim Kardashian and Kanye West are no longer together, they still pay a hefty sum of money to their security team. Moreover, the reality TV star was attacked and robbed at gunpoint in Paris in 2016. This led the influencer to become more and more insecure and skeptical about her own safety. As a result, she increased the security around her and her children immensely.

At the time of the incident, her bodyguard was Pascal Duvier, who was later fired from the job. The reality star even sued Duvier for negligence, and her insurance company also supported the case by showcasing multiple security breaches. 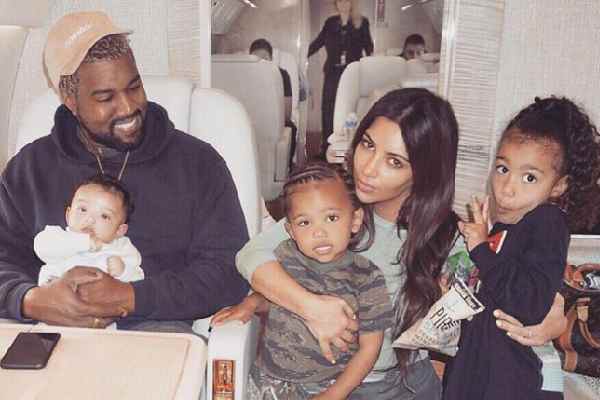 Kim Kardashian has admitted that she does not wear authentic jewelry in public after her robbery incident in 2016. Photo Source: Kim Kardashian's Instagram.

Kim Kardashian has admitted that she spends a whopping $1.5 million a year on home security. In addition, she is constantly out and about and thus requires at least three bodyguards to protect her at all times. Also, KKW travels in a bulletproof car to be on the safer side.

With the added cost of bodyguards and bulletproof vehicles, it is said that she spends an mouth-watering $3.5 million on security alone. That's a price we wish no one had to pay to feel even an ounce of safety.

The richest man in the Indian subcontinent, Mukesh Ambani, takes the security of his family very seriously. From building an entire luxury apartment just for his family and higher-level employees to paying millions for security, the Reliance tech boss has not hesitated to ensure that his near ones live in luxury while under immense protection. 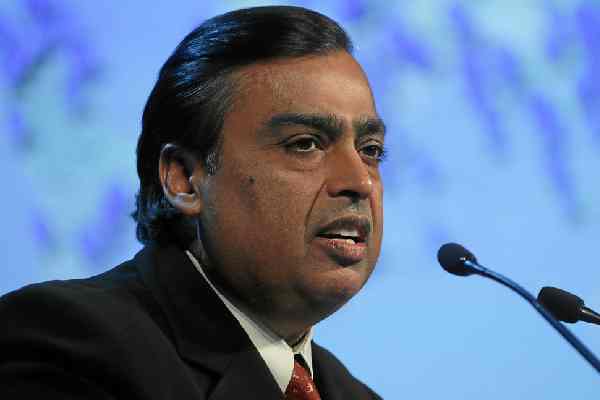 Billionaire Mukesh Ambani has made sure that his family and loved ones live a luxurious life while being guarded with top-notch security at all times. Photo Source: Flickr.com.

The billionaire spends a whopping $20,000 a month in security. The colossal sum protects the founder of Reliance and his wife and children 24/7. Their luxury apartment and office buildings are under tight security at all times to prevent any outsider from entering and causing chaos.

Also Read: 7 Celebrities Who Have Dated Or Even Married Their Bodyguards

The British royals made headlines when it was revealed that they would not be receiving any security or funding from the British Royal Institution. After finding out, Prince Harry scrambled to ensure the safety of his children and wife, Meghan Markle. As a result, the royal couple spends $3 million annually to ensure their security 24/7.

The royal has been adamant about ensuring his family's safety. His mother was killed in an accident while being followed by the paparazzi. So, he does not want the incident to be repeated. 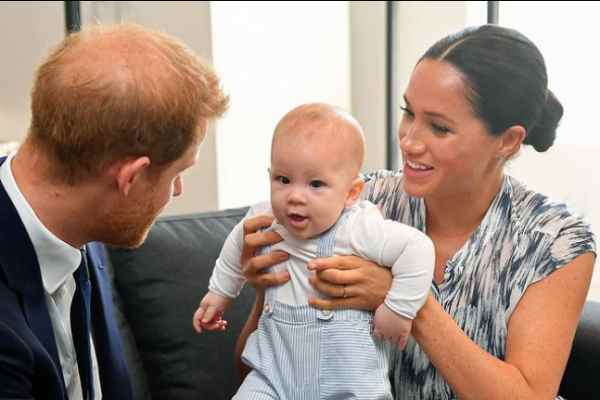 Prince Harry has always made security his number one priority after his mother was killed. Photo Source: Social Media.

However, the prices tend to rake up year after year when you have to protect such high-profile faces. As a former royal whose family refused to provide proper security and with no proper income source, Price Harry stated that he had to utilize the inheritance left for him by his late mother, Princess Diana.

The sense of safety is something many of us take for granted. Celebrities and influencers worldwide have to spend millions just to feel even a bit safe in their environment. We hope that a day comes when fans and paps understand that famous people are human too and need space and respect.