Ryan Reynolds is a name that most people are familiar with in the entertainment industry. The Hollywood star has been appearing in films for decades. Ryan is a well-known actor who is noted for his distinct style and on-screen charisma and is also recognized for his versatility, sense of flair, and iconic portrayal in Deadpool.

Today's article, however, is not completely dedicated to the Deadpool actor, as we will discuss about his elder sibling, Terry Reynolds, and how he has gained many followers and well-wishers on his social media handles. Therefore, buckle up for a closer look at Ryan Reynolds' brother, Terry.

Grew Up Alongside Three Siblings

While Ryan is often swarmed by cameras and his personal life is easily followed by the media, his elder brother, Terry, is less so. Furthermore, he prefers to keep his personal details private. Still, as per different sites, he was born in 1969 in Vancouver, British Columbia, Canada.

Terry was brought into the world by his parents, James Chester Reynolds and Tamara Lee Reynolds. Terry Reynolds' father was a Royal Canadian Mounted Police officer who later left to work as a food wholesaler. On the other hand, his mama worked in retail sales

In addition, Terry grew up with three brothers: Patrick Reynolds, Jeff Reynolds, and Ryan. All of his siblings have grown up and have established careers. Furthermore, the Reynolds brothers have a profound and strong bond; they have always been there for one another.

Similarly, Terry's paternal grandpa, Chester Reynolds, was a farmer who also served as Stettler's Legislative Assembly representative from 1940 to 1944. Now, let's learn more about Ryan Reynolds' elder brother's professional career and what he has been involved in lately.

Terry Is A Mountie

Because Terry's younger sibling is prominent in the entertainment world, many people assume he is also involved in the acting field. However, that is not the case since Mr. Reynolds is not into acting and leads a life away from the paparazzi and media attention.

As per the outlet Showbiz Cheat Sheet, Terry is a Mountie (a member of the Royal Canadian Mounted Police). He has been working in law enforcement for many years and seems to have retired now. Similarly, his other brother, Jeffrey, also serves as a police officer in British Columbia.

Aside from that, little is known about Terry's professional career, and it's unclear whether he's ever appeared in any acting productions. Regardless, Jeff and Terry appear to have followed in their father's footsteps. Moreover, Terry's third brother, Patrick, works diligently for the community, and the youngest sibling, Ryan, is a Hollywood legend.

Terry Reynolds' youngest brother, Ryan Rodney Reynolds, an American-Canadian actor, is one of the highest-grossing film celebrities of all time, with a worldwide box-office collection of more than $5 billion. His outstanding acting projects include Definitely, Maybe, Adventureland, The Proposal, Buried, Deadpool 2, Free Guy, The Adam Project, and Deadpool, to name a few.

Although Terry is unfamiliar with our TV screens and has not been featured in any acting project, he is pretty popular on Instagram. Over 18.3K people follow him on this particular social media handle. Of course, Ryan's popularity must have helped him gain thousands of followers on IG, but that is not to mention that Terry himself is pretty active on social media sites and is frequently seen posting. 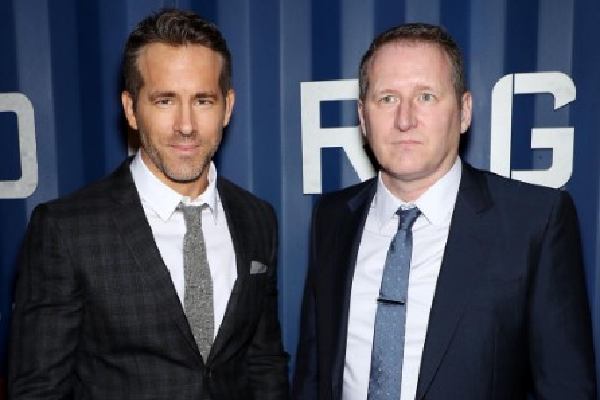 Reynolds posts with his superstar brother, family, and loved ones. Not just that, Terry has always made appearances during his brother's award ceremonies, and many people must have recognized him from those events as well. In addition, he also has a Twitter account with over 500 followers. As per his Twitter bio, he loves vegetable-flavored ice cream, vanilla, and cleaning.

Nonetheless, with such a large fan following, Terry must have felt grateful. He has a very charming personality, and his fans interact with him via his IG.

His Personal Life Is Unflashy

You must have figured out by now that Ryan Reynolds' brother is highly secretive. As a result, little is known about his personal life. It's also unclear whether he's married or has children. Similarly, his Instagram handle also hints that Terry is single at the moment as he is not seen associated with any woman. Hopefully, we will get to interact and learn about Terry Reynolds' partner in the coming days.

Besides, Terry's youngest sibling, Ryan, is a family man. Talking about the stunning actor's spouse, he married American actress Blake Lively on 9th September 2012, and the couple has welcomed three daughters. Moreover, as of 2022, Blake is pregnant with their fourth child, and fans can't wait to meet the little one soon.

Nonetheless, Terry Reynolds seems to be enjoying some media attention, thanks to his iconic brother, Ryan. Through this piece, we attempted to cover some information concerning Ryan Reynolds' brother, Terry, and believe it was helpful to know him better. Even though he is a confidential person, we hope he leads a peaceful and fulfilling life. Our best wishes and good luck follow his way.