In today's society, where social media influencers are abundant, Spencer X humbly describes himself as a "mouth music man." And he is one, as his beatboxing skills have earned him millions of followers on social media. Moreover, Spencer is renowned for his music with original sounds and comedic sketches.

You might be surprised how beatboxing could lead a person to gain such a massive fan following. But, once one hears Spencer beatboxing, they will be immediately hooked. He initially went viral after the video of him beatboxing fourteen genres circulated online. Following that, he gained more popularity and now ranks among the top TikTok stars.

However, the journey till now hasn't been smooth for the social media sensation; he has had his ups and downs over the years. Want to know more about the beatboxer, keep reading this biography of Spencer.

His Family Was Initially Hesitant About His Career Choice

The TikTok creator was born Spencer Polanco Knight on April 20, 1992, in New York City, USA. He is one of two children of his parents. Furthermore, Spencer X's father is originally from Ecuador and immigrated to America.

The NYC native's family initially disapproved of his career choice, and it took them a long time to accept that he was going to be part of the beatbox community. Spencer doesn't blame his family members either, as not many people are familiar with beatboxing. Thankfully, his parents and sibling are fully on board with his decision now.

Talking about Polanco's education, he earned his high school diploma from The Beacon School. He then enrolled at Hunter College, where he studied matrix algebra and calculus for a year. Then, he moved on to study pre-med at Purchase College but dropped out to pursue beatboxing full-time.

Started Beatboxing In His School Years

Considering Spencer's versatile beatboxing skills, many might be curious whether he started learning from a young age or about who taught him. Well, the social media star only started beatboxing during his junior year in high school. He first heard his friend beatboxing and immediately became fascinated by the art.

Afterward, the young man started researching and practicing the performing style at home. He self-taught himself beatboxing by watching as many YouTube tutorial videos as he could find. Following his family's persistence, Spencer tried to study at college but dropped out to follow his true passion.

Spencer X Net Worth And Career

The beatboxing artist got much attention after he started posting his content on social media. As mentioned earlier, he got much hype after the video of him beatboxing fourteen music genres was uploaded on YouTube in 2014. He was even called on USA Today the next month.

Spencer began uploading varieties of content, including beatboxing challenges and tutorials. He has also collaborated with other social media influencers, such as Michael Le, and released his original tracks. Thanks to his increasing popularity, his YouTube channel boasts 2.65 million subscribers as of November 2022.

The YouTuber joined TikTok in 2019 and immediately stood out with his impressive talent on the platform. He now has 55.3M followers and 1.3 billion likes on TikTok. Aside from that, he is a Twitch streamer and does live streams often.

Spencer is not just gaining fame but also pocketing significantly from his social media handles. As per Sportskeeda, he can earn more than $25K per post on TikTok and upwards of $10,000 for a brand-sponsored post on IG. His YouTube earnings is estimated to be $56 - $899 a month and $674 - $10.8K a year. Additionally, Spencer's income also benefits from brand sponsorships from Sony, Monster Energy, Oreo, Chips Ahoy, Sketchers, and more.

Hence, Spencer X's net worth must be a notable amount. He must be living comfortably and must have invested his hard-earned fortune in several properties. For example, he has purchased a two-story Hollywood pad.

READ MORE: How Is Edward Furlong's Net Worth Just $100K?

Who Is Spencer X's Girlfriend?

To be famous on social media sites like TikTok, beauty and talent are equally needed. Spencer is handsome, and his musical talent is unparalleled. A humble personality with a polite demeanor, Polanco is definitely a catch. So, is the social media sensation single or taken?

Sadly, the influencer has remained silent regarding his love life. As per the 2020 Forbes article, he moved to LA after a breakup with his partner. However, he hasn't disclosed who that girl was or the reason behind their separation. Besides that, not much has been revealed about Spencer X's girlfriend at the moment.

Mr. Knight's IG account, with one million followers, only contains eight posts, none of which are about his possible romantic interest. Likewise, he hasn't posted anything related to his relationship on TikTok. Hence, it seems like Spencer prefers to keep his dating life away from the media, and we have to respect his decision. 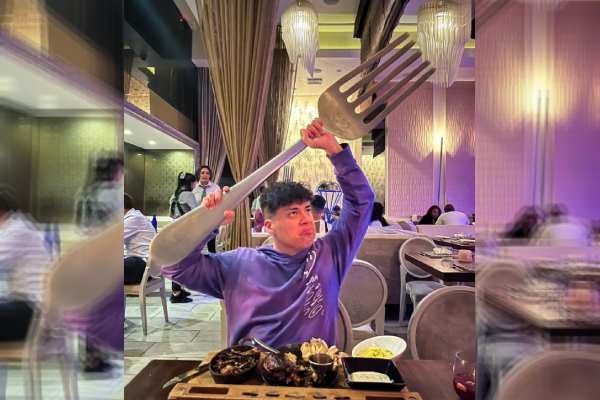 Spencer X has yet to reveal whether he is dating anyone. Photo Source: Spencer X's Instagram.

Overall, the beatboxer has flourished in his career due to his determination and consistent efforts. Many people initially doubted whether he would be successful with his beatboxing skills, but he has proved that success comes from perseverance and hard work. We all should learn something from this guy's inspiring life journey.