Maurizio Arrivabene is an Italian businessman who comes from a marketing and sales background. He is notably known as Ferrari's former team principal after replacing Marco Mattiacci on November 23, 2014. He was then replaced by Italian engineer Mattia Binotto.

Furthermore, the Italian worked at Philip Morris International, a multinational tobacco and cigarette manufacturing company, before being appointed as the vice president of Marlboro Global Communication and Promotion in 2007. Let us know more about Maurizio Arrivabene's biography and career.

Maurizio Arrivabene was born and raised in Brescia, Italy, by his parents, who were both from Italian backgrounds as well. Maurizio has a brother named Marco Arrivabene, who works as the director of sales at Philip Morris International. The two brothers have not shared any details regarding their parents and have decided to keep their information hidden from the media. Even with a deep dive on the internet, details about Maurizio's early life and family details could not be found.

Maurizio Arrivabene Net Worth And Career

A decade later, Maurizio was named the vice president of Marlboro Global Communication and Promotions for PMI in 2007. Following his career, he was also appointed as the vice president of Consumers Channel Strategy and Event Marketing. Maurizio's expertise and experience in the business field must have surely made him a very wealthy person.

As an Italian, Maurizio was always fascinated by cars and became a member of the F1 Commission in 2010. He represented the F1 sponsors before eventually representing the Scuderia Ferrari as the team's principal. Maurizio replaced Ferrari's former principal Marco Mattiacci after the decision was made by the new Ferrari chairman, Sergio Marchionne.

According to Sergio, "Arrivabene acquired a full understanding of controlling the sport's work and requirements." He served for the F1 team for more than four years before being replaced by former technical boss Mattia Binotto in January 2019. During his tenure at Ferrari, Maurizio brought in Sebastian Vettel in 2015, who was very close to winning the Drivers title with Ferrari in 2017 and 2018 before working under Binotto after Maurizio's departure.

According to various sources, Maurizio Arrivabene's net worth is estimated to be around $2 million. However, with such a long history of work in the business field, the businessman's fortune could undoubtedly be much higher than that. Christian Horner, the team principal for Red Bull, earns a salary of $10 million annually and has a net worth of $50 million.

Similarly, Maurizio was Scuderia Ferrari's team principal for 4 years in the F1. It would not be an understatement to think that the principal has made over a couple of million dollars during his time at Ferrari. With a short career in one of the most expensive sports, Maurizio Arrivabene's net worth must surely be of a considerable sum.

According to Essentially Sports, in June 2020, Herbert Appleroth, a former head of Ferrari for the Australasia region, was highlighted all over the news for having a relationship with an employee who later became pregnant. Due to the growing pressure for the media, Appleroth stated that it was common among senior officers at Ferrari to engage in mutual sexual relations with their employees. In addition, he named Maurizio Arrivabene to be among one of the senior staff.

Due to Herbert's statement, rumors began to spread about Maurizio, whether he was dismissed for his team's poor performance in 2018 or was it because of something related to what Herbert Appleroth had described. However, Maurizio has not spoken out against anything related to the controversy.

Maurizio Arrivabene's wife, Stefania Bocchi, works as a press officer for Ferrari to this day. 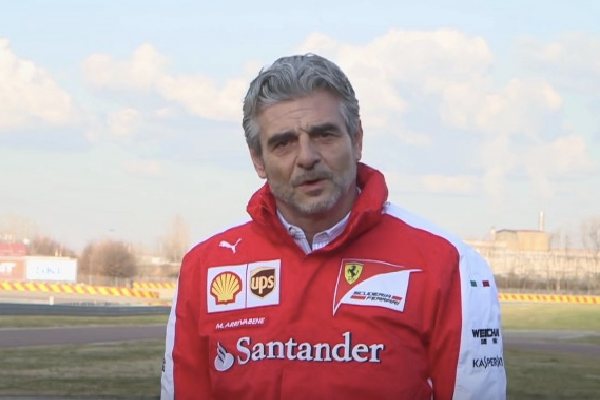 According to Salary Explorer, a press officer in Europe earns an average salary of $52K a year. Similarly, the businessman's partner Stefania Bocchi's net worth must surely be over a million-dollar mark as well.