Italy-born Guenther Steiner is a motorsport engineer and team manager. Steiner, who is currently serving as the team principal of the Haas F1 team, had previously worked as managing director of Jaguar Racing from 2001 to 2003. He had also worked as the technical operations director of Red Bull Racing.

Guenther has been in the motorsport world for more than three decades now, and he has gained considerable success through his works. He is a married man and lives a happy and comfortable life with his wife and daughter.

Guenther Steiner was born on April 7, 1965. His father was a butcher, and he grew up in Merano, South Tyrol. However, much information about his mother and siblings has not been revealed yet. As for his education, Guenther had pursued an engineering degree but did not complete it.

As stated earlier, Steiner didn't complete his engineering degree. Rather, he moved to Belgium and began his career as a mechanic in the World Rally Championship for Mazda Rally Team Europe. Before moving to Belgium, he had also served in the military. After working for Mazda from 1986 to 1988, Steiner worked for an Italian auto racing team, Top Run Srl, as the assistant team manager from 1989 to 1990. For Top Run Srl, he was responsible for running and organizing private entrants in several rally championships with Group B cars. 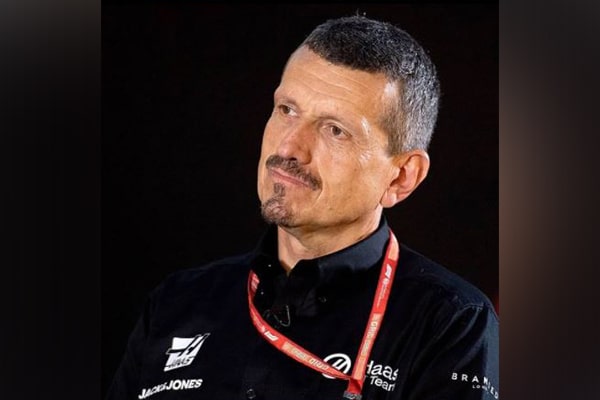 After that, Steiner joined the Jolly Club Spa as the head of reconnaissance for the Group A team during the World Rally Championship in the 1991 and 1992 seasons. He was Jolly Club Spa's technical manager by 1994 and served in that position until 1996. In 1997, he relocated to the UK to join Prodrive as the team manager. The following year, he was recruited as the project manager in 1988 M-Sport.

Then in 2001, Guenther worked under the Ford World Rally Team as director of engineering, alongside drivers Colin McRae and Carlos Sainz.

Due to his exemplary managerial and technical talent, Formula One champion Niki Lauda recruited him as the managing director of Jaguar Racing. In the 2002 season, he oversaw the restructuring of the team and implemented budget cuts and efficiencies. In 2002, Steiner's drivers were Eddie Irvine and Pedro de la Rosa.

The same year on December 5, Jaguar announced project manager David Pitchforth was replacing Steiner as a part of the restructuring. Although he was offered another role, he declined it and had to miss the entire 2003 season.

In November 2004, Red Bull purchased Jaguar Racing and invited Steiner to join Red Bull Racing. In February 2005, he joined Red Bull Racing as the technical operations director. His experience in managerial works was tested when he directed all the technical aspects of the Formula One team. He managed a budget in excess of $200 million and a group of more than 350 people.

As Red Bull began moving in a positive direction, he was shifted to another Red Bull Racing Project, the formation of a new NASCAR Cup Series team in North Carolina.

For Steiner, it was not only the shift of team but actually the shift from European style of racing to American style. In 2008, he left the Red Bull team but remained in North Carolina.

Although Steiner left Red Bull, he remained in North Carolina. In 2009, he founded FibreWorks Composites, where the high-tech carbon-composites design and manufacturing company specializes in racecar development. He met Joe Custer and Gene Haas, and Gene asked him to lead the effort to explore the logistics of creating an F1 team.

In April 2014, Steiner was announced team principal of the Haas F1 team. As they made their entry in the 2006 season, Hass became the first American constructor in 30 years to compete in F1. At the 2016 Australian Grand Prix, the team took eight points with a 6th place finish by driver Romain Grosjean.

Steiner is still working with the team, and there's no doubt that they will achieve significant success in the days to come.

As mentioned before, Steiner is an Italian motorsport team manager and engineer, working as the team principal of the Haas Formula One Team. Over his motorsport career of more than three decades, he has achieved significant success, fame, and fortune, and Guenther Steiner's net worth might be in millions. One can expect Guenther's fortune to be of great sun, as Christian Horner, Red Bull's team principal, has an estimated net worth of $50 million.

Moreover, most of the wealth accumulated by Guenther comes from his salary as team manager and other significant positions.

According to Salary, the average salary of a racing and sports manager in the USA is $62,684. Hence, he must have earned significant wealth from his career.

Steiner's fortune might increase in the future, as he is still very dedicated to his career. His responsibility will help him garner immense fame and fortune. All thanks to Guenther Steiner's net worth, he must be living a comfortable life with his family in Moorseville, North Carolina.

Aforementioned, Guenther Steiner is a married man. He shares a blissful marital life with Gertraud Steiner. Despite the marriage date and information about how they met remains a secret, the duo has not tried to hide their love for each other. Guenther Steiner's wife, Gertraud, has also been featured in Netflix's Drive to Survive. Although the married pair remain secretive about their relationship, it seems like they have been together for several years now. The lovebirds have the same passion for one another and adore each other deeply.

In their blissful marital life, the lovely pair of Guenther and Gertraud welcomed a daughter, Greta Steiner. Guenther's wife is very supportive of her husband. She accompanies her husband to various award functions and races. Despite the fame and popularity that her husband has acquired, Gertraud seems to be a private person and prefers her life away from the media and the spotlight. 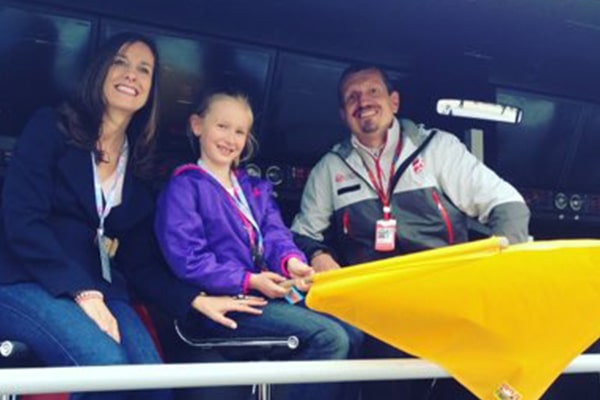 Talking about Guenther's daughter, Greta Steiner seems to be around the age of seven. As both of them are secretive regarding their personal life, they have not even disclosed their daughter's birth date. Going through Guenther's partner, Gretraud's Twitter, we can see that their daughter is interested in painting, and she often shares beautiful paintings drawn by her daughter. Well, the family is doing great for themselves and is living their best life.