Christian Horner is the Team Principal of the Red Bull Racing Formula One team and Red Bull Technology since 2005. Awarded with the OBE (Most Excellent Order of the British Empire) in 2013 for his valuable services in motorsport, Horner is the longest-serving Team Principal in the current F1 paddock.

Christian's journey to the top ring of the Formula One management career began behind the wheel as a young racer. However, he moved to a management role after founding Arden International Race Team at the age of 25. Coming to the present, the British manager is leading an 800+ workforce with a sole mission to reclaim the prestigious F1 Championship for his team in collaboration with Japanese engine manufacturer Honda.

Christian Horner was born Christian Edward Johnston Horner on November 16, 1973, in Leamington Spa, Warwickshire, England. As Horner was born into a family involved in the car business for ages, many believe that he was destined to be a star in the motorsports world. 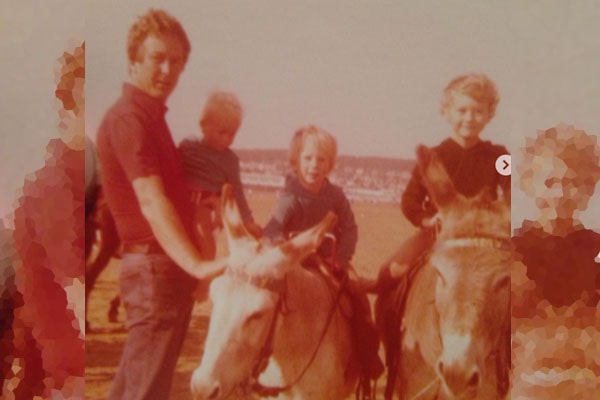 Christian's grandfather worked as a purchasing manager at the Standard Motor Company in Coventry, who later set up an agency with his son (Christian's father) to supply components to motor manufacturers in the English Midlands. Christian and his father, Garry Horner, are also the founders of Arden International, a multiple formula racing teams. Not much is known about his mother, Sara Horner, but it was she who bought Christian his first ride: a kart. He grew up alongside his brothers, Jamie Horner and Guy Horner.

As for his education, Christian was privately educated at Arnold Lodge School in his hometown. He is also a former student of Warwick School. After leaving school, Horner became a full-time racer, as he had already developed a passion for racing karts.

Christian Horner is one of the distinguished team bosses leading today's most successful Formula 1 team. While he has undoubtedly created a fascinating management career in his life, Horner was also a talented racing driver in his early years. Let's know about his career in more detail.

Horner started his racing career in karts. Mastering his karting skills on his own, he eventually won a Formula Renault scholarship in 1991. He gradually stepped up his game and moved to British Formula Three in 1993, acquiring the second position in the Class B Championship for P1 Motorsport and winning five races. In 1994, He moved to Fortec racing in an F3 Class A while constantly pursuing his dream of making it to Formula 1.

In 1995, Horner teamed up with his then-race engineer, Roly Vincini, to run his own F3000 car. He had to hustle quite hard during the time but kept his dream alive to race in Formula 1 in the future. In 1997, he moved to Formula 3000 and officially founded the Arden team, now known as Arden International.

In 1998, Horner made a big decision to quit racing. The conclusion came at a circuit's high-speed corner when he realized that he could not be at the level of other drivers. As a result, he stepped down from driving and focused on developing the Arden team instead.

After retiring from his racing career, Horner became determined to build his Arden team on the highest level. In 2002, the team took five victories with their recruits, Tomáš Enge and Björn Wirdheim, eventually winning the team championship. Arden went on to win several championships over a couple of years.

After a failed negotiation with Eddie Jordan over a possible purchase of Jordan Grand Prix, Red Bull purchased Jaguar F1 Team, which later became Red Bull Racing. In January 2005, Horner was offered the Team Principal Role by Dietrich Mateschitz. He accepted the proposal and became the youngest team principal in F1 history at the time.

After a solid first season in F1, Christian guided the Team to seventh in the Constructors' Championship. In 2006, further success was achieved when the team took its first podium finish at the Monaco Grand Prix.

After appointing Adrian Newey as their Chief Technical Officer, Horner and his team saw further development in the following two seasons with a 1-2 victory at the Chinese Grand Prix in 2009. At the end of the season, the Red Bull Team collected six victories, and Horner was highly credited for the success. The team began to flourish in the upcoming seasons when their main driver Sebastian Vettel won all four World Drivers' Championship Titles with Red Bull Racing from 2010 to 2013.

With a tough competition with their biggest rival Toto Wolff's Mercedes-AMG Petronas F1 Team, Christian Horner and his Red Bull Team are all set to conquer the 2021 season with 23 races in hand. Red Bull is already off to a flying start when Max Verstappen won Emilia Romagna F1 Grand Prix after a chaotic blunder from Lewis Hamilton. Red Bull's Sergio Perez also showed great promise after a competitive performance in the race.

Formula One racing is one of the most expensive motorsports in the world. Being a part of such a sumptuous yet thrilling auto racing sport, Christian might have earned a grand fortune, given the fact that he has triumphed in his career.

According to Celebrity Net Worth, Christian Horner's net worth is estimated at $50 Million. The site further confirms that Horner earns a whopping $10 million per year as his salary from his team principal position at Red Bull Racing. Well, the colossal sums can be justified if we look at the brand value of Red Bull Racing itself, which is estimated at $640 Million. While the multi-millionaire team manager keeps adding to his wealth, several lucrative sponsorship deals continue to flow, adding further value to Christian Horner's salary and bonuses.

There is no question that Horner earns hefty paycheques, but the man also seems to love spending his fortune on his luxurious lifestyle. His estate near Banbury, Oxfordshire, sits among the neighborhood's high-end properties, which is usually valued at $11.6 million. Looking at all the opulent features like a $19,000 retro jukebox in the property, it is safe to say that Horner's resident could definitely fit the bill.

Christian Horner has been in two relationships in the past. He married his former partner, Beverley Allen, in 2000. The former couple welcomed their daughter, Olivia Horner, in October 2013, just before the relationship between them started to crumble. Horner divorced Allen in 2014. 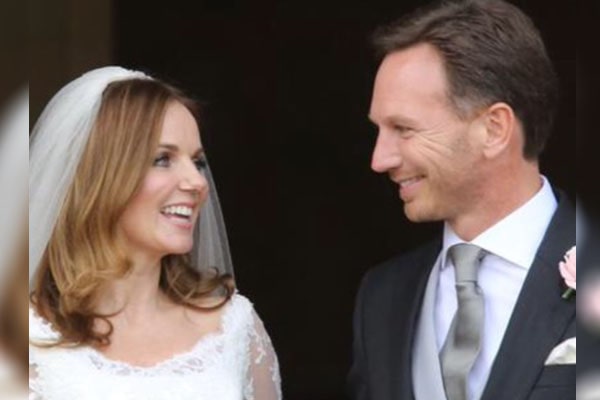 While Horner's long-term relationship was seeing its end, reports came out that Christian Horner and former Spice Girls member Geri Halliwell were already dating. The duo was frequently seen on F1 events around the country. The couple finally announced their engagement on 11 November 2014 and lawfully tied in a knot on 15 May 2015 in Woburn, Bedfordshire.

Christian Horner's wife, Geri Halliwell, gave birth to their son, Montague George Hector Horner, also known as Monty, in January 2017. While this was Horner's second marriage, Halliwell was also engaged in a previous relationship with screenwriter Sacha Gervasi. The screenwriter and former journalist is the biological father of Horner's step-daughter, Bluebell Madonna Halliwell.

All of Christian Horner's children enjoy a luxurious life in their country estate in Banbury.