Matteo Berrettini is one of the youngest rising stars in the world of tennis. The Italian-born athlete rose to become one of the sport's upcoming stars after reaching the Round of 16 in 2019 Wimbledon. Berrettini has won 3 ATP singles and 2 ATP doubles titles alongside his doubles partner Daniele Bracciali. The athlete holds a serve speed of up to 230 km/hr and is known for his aggressive play inside the tennis court.

The young talent was ranked in the Top 400 among the ATP players in 2016 but was classified into the top ten list by the end of 2019. Due to his interesting career trajectory, many tennis fans are eager to know the emerging player. Let us know more about Matteo Berrettini's biography and career.

Matteo Berrettini entered the world on April 12, 1996. He was born to parents Luca Berrettini and mother Claudia Bigo. The sportsman spent his childhood in Rome, Italy, alongside his brother Jacopo Berrettini, who is also a professional tennis player. Matteo's parents bought him a tennis racket when he was just three years old. His family members are all tennis fans, but Berrettini himself was not interested in the sports. The athlete used to practice swimming and judo but shifted towards tennis after his brother, Jacopo, asked him to give tennis a chance.

At the age of 14, Berrettini trained at the Circolo Della Corte Dei Conti and competed in ITF Futures events. Matteo Berrettini's coach is Vincenzo Santopadre, a former ATP Tour player. Vincenzo was a former Italian Professional tennis player who was ranked 100th in the world. The young player highly credits his coach for managing the rate of his progress and being patient with his development.

Matteo started his professional career with an ATP debut at the Italian Open in 2017, where he lost against Fabio Fognini in the first round. He competed in the first Next-Generation ATP Finals in Milan but was defeated by Filippo Baldi in straight sets. Berrettini won his first ATP title after winning against Roberto Bautista Agut and his first ATP doubles title with his partner Daniele Bracciali.

Matteo continued his training for the 2019 season and improved drastically compared to his prior performances. The right-handed server went on to win his second ATP singles title at the Hungarian Open after defeating Filip Krajinovic in the final. He kept his form and won nine straight matches to play the Bavarian International Tennis Championship finals. Unfortunately, the Italian athlete lost his streak with a defeat against Christian Garin. Berrettini earned more fame after his win in the Italian Open against Alexander Zverev, who was considered one of the world's top 5 players.

The talented professional achieved his third ATP singles title in the 2019 Mercedes Cup after winning against Canadian professional Felix Auger Aliassime to become the fifth man since 1999 to win two tournaments without losing a serve. Roger Federer, the defending champion of the tournament, chose not to participate in the competition that year. Berrettini competed in the Halle Open for his first ATP 500 semifinal match but lost to Belgian talent David Goffin. The Italian secured his rank in the world's top 20 following his performance in the tournament. 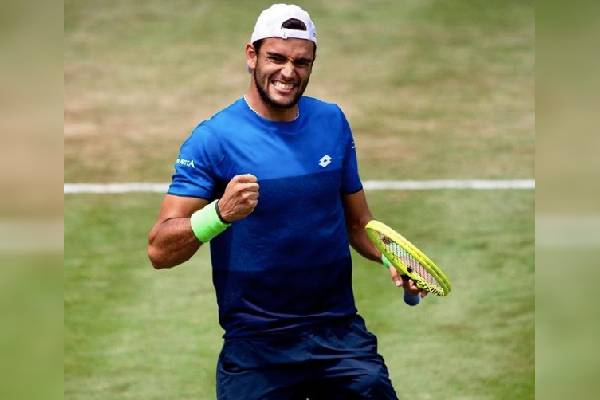 The tennis professional competed in the 2019 Wimbledon and defeated Diego Schwartzman in the third round to reach the second week of the event for the first time. He progressed to the next round, where eight-times Wimbledon champion Roger Federer defeated him. During their post-match handshake, Berrettini thanked Federer for the lesson and asked how much he owed the champion.

Matteo retreated from his two events in Gstaad and Montreal after an ankle injury but was fit before entering a tournament in Cincinnati. Following the event, the tennis player competed in his first US Open. Despite lacking proper training, Berrettini reached the quarter-finals after defeating Russian national Andrey Rublev in the fourth round.

Matteo won against two-times grand slam winner Gael Monfils in the quarter-finals to become the first Italian national to reach the US Open semifinals since 1977. His run concluded in the semifinals after losing against the Spaniard Rafael Nadal. He also played against other top players like Novak Djokovic and Dominic Thiem that year.

Matteo was not able to play effectively in 2020. At the Australian Open, he defeated Andrew Harris before losing to Tennys Sandgren. He was also defeated by Reilly Opelka in Cincinnati and lost to Andrey Rublev at the US Open in the 4th round. Despite having a bad year, the young talent was still able to finish in the world's top 10 for a second year due to post-COVID-19 ranking protection that protected his points.

The young talent still has more years to look forward to in his career. He defeated Cameron Norrie to win his biggest title so far, the 2021 Queen's Championship. Furthermore, Berrettini defeated Hubert Hurkacz in the 2021 Wimbledon Championships to reach his first career Grand Slam final. However, he lost to Djokovic in a thrilling four-set match. Nevertheless, he pocketed more than $1.2 million as the runner-up of the championship.

Matteo is one of the youngest talents in tennis and has continued to improve his skills. He has been able to accumulate a lot of wealth through his career wins in major tournaments. According to Essentially Sports, Matteo Berrettini's net worth is estimated to be $6 million.

The tennis player has a total of $6,514,992 in prize money so far, but there is no doubt that it will increase in the coming years. He has signed endorsement deals with Colavita, Peugeot, Uliveto, Capri Watch, Lotto, and Head. These deals also help Matteo to increase his total fortune and generate more income. With such immense wealth, we can be sure that Berrettini leads a lavish and comfortable lifestyle.

The tennis player has been sponsored by Lotto for his clothing and shoes and by Head for his rackets. However, the strings in his racquets are manufactured by Signum Pro. Here are the specifications of Matteo's racquet according to Tennis Warehouse.

Matteo Berrettini currently uses the Head Graphene 360 plus Extreme MP Racquet, which reportedly combines the potential and balance of Graphene 360 with SpiralFibers and uses larger funnel-shaped loopholes to allow greater string movement and powerful shots. These qualities in Berrettini's racquet have undoubtedly made a major difference in his swings.

Berrettini is currently in a relationship with Croatian-born professional tennis player Ajla Tomljanovic. Matteo and his girlfriend have kept their relationship details hidden from the media, but it has been confirmed that the lovely pair are dating each other at the moment. Though the lovely pair do not get to spend much of their time together due to their profession, they are around each other every chance they get. The couple has been spotted together in court, practicing and watching the games. However, this is not the first high-profile relationship for Matteo Berrettini's girlfriend since she was previously in a relationship with Nick Kyrgios, the Australian tennis layer. 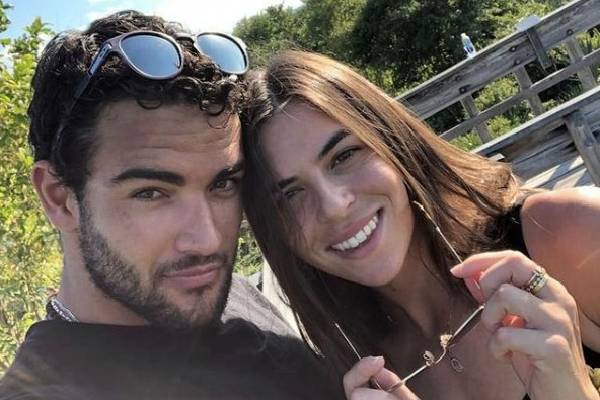 The Italian tennis player has even shared his quarantine experience with Euro Sport, stating how he and his partner couldn't see each other while being quarantined in the same hotel but six floors apart. The lovers are still together after coming out of the pandemic and going strong with their relationship, though they have not announced any details about taking it to the next level. Both Berrettini and his lover, Tomljanovic are very private about their lives but let's hope we get to hear more about them in the future.