Ryan Decenzo is a Canadian-born professional skateboarder known for his talent and accomplishment in the sport. The skater came into highlights after his win in the Tampa AM, a prestigious amateur skate contest. The Canadian athlete has since participated in various skateboarding events and competitions while also appearing in various video projects for some big brands on the market. His expertise and experience as a professional in the sport have made the athlete a famous and successful person.

Ryan has won various skate events and contests, including his third-place win at the 2010 Street competition, silver in Real Street, and a gold medal in Game of SK8. Also, the pro skater won the Best Trick at the Dew Tour Contest for his nollie back noseblunt. Let us know more about Ryan Decenzo's biography and career.

Ryan Decenzo was born in Vancouver, British Columbia, Canada, on July 20, 1986. Ryan's parents raised him alongside his brother Scott Decenzo. Ryan's parents wanted their sons to focus on their studies and did not like their children skateboarding and getting hurt. They did not support his passion for skating and were against Ryan's decision to pursue a career in the field. Apart from this information, the skateboarder has not shared any details regarding his parents and has decided to keep them away from the spotlight. 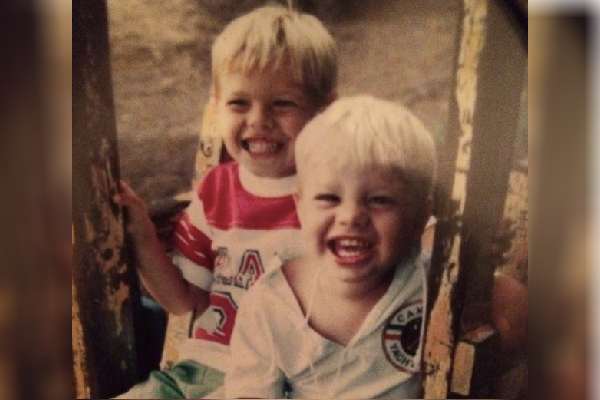 However, the young athlete kept improving his skills before getting a local sponsor for his boards and kits. The skater and his sibling were both sponsored by Coastal Riders when he was sixteen years old. Ryan attended college, where he studied general studies and got his certificate of arts. Even while in college, Decenxo had no plans to make it as a professional skateboarder and skated with his friends in Vancouver for fun.

Ryan Decenzo started taking part in amateur skate contests very frequently in the late 2000s, and his big break came after his victory at the Tampa Am in 2008. Following his win, the Canadian skateboarder quickly impressed spectators after achieving impressive results at various events. In the 2010 Street Competition, Ryan clinched third place to take the bronze home. The Canadian skater's performance at the 2011 X Games showcased his talent in the sport, after which he went on to win a gold medal in the Game of SK8. He also won a silver medal in Real Street and was placed fifth in the Street competition. Moreover, his skills on rails won him Best Trick at the Dew Tour contest for his nollie back noseblunt.

In addition to participating and winning events, Ryan has also appeared in several skate video projects and films such as Pushing Forward, Sheckler Sessions, Worldies, and Transworld's Hallelujah. His video projects with various other professional skateboarders have generated millions of views on YouTube and other streaming platforms. Alongside his passion for skateboarding, Ryan focuses on filming video parts since turning pro and shares his skateboarding footages with his fans through his social media handles. Ryan Decenzo's experience and talent in the sport have also helped him increase his fame and fortune massively.

Ryan Decenzo's Net Worth and Earnings

According to Net Worth Post, Ryan Decenzo's net worth is estimated to be $7 million. The athlete has appeared in multiple video projects and has worked under some of the skating world's biggest companies. The skater has also won various skate contests, which are also a major factor in increasing his fortune. Ryan is also sponsored and endorsed by multiple companies, which helps the skater generate a massive net worth. As mentioned before, Ryan has appeared in various video projects and skating contests. Here are a few of Ryan Decenzo's videos with reference to IMDB.

With such talent for the sport, there is no doubt that the skater gets paid a considerable sum of money for his video appearances. His professional skating career is undoubtedly one of the reasons for his growth in fortune. Ryan's sponsorships and endorsement deals also pay him a specific portion of his income.

Ryan Decenzo is sponsored by some of the biggest brands in the sport's industry, such as Redbull, Globe Brand, The Red Dragons, Dark Star Skate, Bones Wheels, Independent Trucks, Bones Bearing, Grizzly Griptape, and Acaire Public. As a renowned skater, it is no doubt that Ryan earns a considerable sum of money through his profession. Ryan Decenzo's sponsorship deals have helped him to become a multi-millionaire and a renowned athlete.

When it comes to setting up his skateboard, Ryan Decenzo knows his thing very well. The skateboarder is sponsored by many skating manufacturers who provide the skater with his needed gears. For his skateboard, Ryan Decenzo uses the Darkstar deck 8.25 and 149 independent lights for his trucks. His skate wheels are Bones STF 101 V2 Shape Wheels with Bones Swiss bearings and 7/8 independent hardware. Ryan is also sponsored by Torey Pudwill's company Grizzly Griptape for his grip tapes. Ryan's shoes are Globe Octave Mid Rodney Mullen, produced by Globe Brand.

Ryan Decenzo's relationship is a mystery to the skater's fans as he has not shared any details regarding his partners and love life. However, it seems that Ryan is already in love with his passion for skateboarding and making videos at the moment. The Canadian sportsman is very focused on his career and has not been able to spend time with his loved ones. Going through Ryan Dexenzo's Instagram, the skater has not shared any pictures of his relationships and girlfriends. He is either single or doesn't want to share his love life with the public. Details about Ryan Decenzo's wife or girlfriend are not known to the media at the moment, but we hope he shares a few things about his love life in the future. 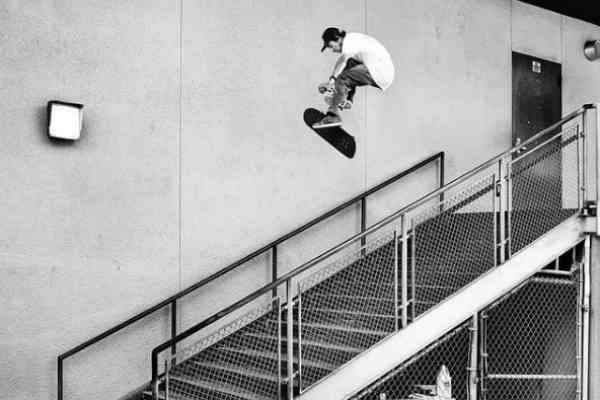 Ryan Decenzo is very focused on his career and has not shared any details of his love life. Image Source: Ryan's Instagram.

In addition, it looks like Ryan has no plans to settle down and have children. The pro skater is focused on various projects and events, including the Tokyo Olympics, which will also be featuring skateboarding in the summer games. The Canadian professional is looking forward to participating in the Olympics and represent his country in the sport while also making his parents proud. Nevertheless, if he plans to have them in the coming days, Ryan Decenzo's children might walk in their father's footsteps and continue his skating legacy. For the moment, we can only hope to see the athlete win many more events and hopefully find love as well.