One needs to be ready to straddle the line between success and calamity if one wants to succeed in racing. Tiago Vagaroso da Costa Monteiro, also known as Tiago Monteiro, is a prominent figure in the racing arena whose popularity is increasing day by day.

Monteiro went through many ups and downs in his career and is leading quite a life on his terms. To find more about the veteran touring car driver and his background, check out the article coverage below.

Inspired By His Father

Every father is his kid's hero and inspiration, some kids might want to be like their dad just when they're younger, while others follow their father's footsteps for life. Tiago participated in the 1997 French Porsche Carrera Cup after being inspired by his dad Edmar Monteiro. He saw his old man in the arena, got inspired, and decided that he wanted to pursue the same. Today, the whole world knows him as a brilliant racer.

The loving mom Isabel Monteiro and sister Barbara Monteiro have also been a huge support to the Portuguese racer throughout his life. He shares a loving bond with his sister. Growing up in a family with siblings has its own benefits. Sibling connections aid in the development of empathy, which over time, can promote "prosocial" behaviors like sharing and assisting others.

Paved The Way Towards Fame

In the initial days of Monteiro's career, the sportsperson achieved five victories and five pole positions in the 1997 French Porsche Carrera Cup, winning the B-class and winning rookie of the year. After that, he participated in the French F3 Championship in 1998, placing 12th overall and winning rookie of the year again. Tiago's back-to-back wins made people more interested and invested in him.

Subsequently, the brown-haired racer became Rookie of the Year and was ranked among the top ten drivers in the Formula One "breeding ground" championships by Autosport magazine. In 2005, with only six cars competing, Monteiro operated one of the grid's slowest vehicles and finished on the podium. That incident was among the most infamous world championship races in Formula 1. Tiago Monteiro became every F1 enthusiast's subject of talk.

The unstoppable racer made his competitors quite intimidated after this as he started to be famous and well-known as a new beaming racer. Just like Monteiro, Nathanaël Berthon is also a race car driver hailing from France.

Tiago Monteiro Net Worth And Career

Monteiro's major occupation as a race car driver must have brought him a significant amount of wealth. Since he has had a notable presence in the racing arena from 2002 till the present day, it won't be wrong to assume Tiago Monteiro's net worth must be of a considerable sum.

Monteiro's early career as a racer made him quite famous, and that landed him towards Formula 1 career. He had many up-downs and U-turns; some of his career highlights are :

The racer joined the Honda Racing Squad JAS team after the new Honda Civic made its World Touring Car Championship début. His career in and after 2016 looks like this :

Tiago went on and did his best in different championships and is still involved in the same career path. It can be assumed that during his lengthy hustle in this field, he must have earned hefty money as a salary and prize.

The driver's romantic life is not as successful as his career. He was previously married to Diana Pereira, with whom he exchanged vows in 2008. Furthermore, like her former partner Tiago Monteiro's ex-wife, Pereira, is also famous as she is an actress and a model. Tiago's love life didn't run as smoothly. The ex-duo split after 11 years on mutual understanding, according to the Caras. 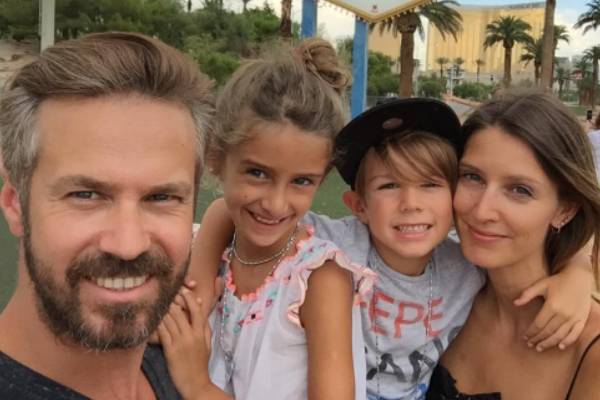 But the story doesn't end here, Monteiro has been quite active on social media, and we can see his blooming affection for his current partner Alexandra Carvalho. We can see that Tiago Monteiro's girlfriend is really close to him. The two openly express their love for each other, and the public is going gaga over this.

Both of the lovebirds are posting about each other on their Instagram. It seems like Tiago doesn't miss a chance to praise his beautiful partner, since the couple is all over each other's comment sections. Could it be that they are planning to get married soon? Only time will tell.

The decision that Monteiro and his ex took regarding a peaceful divorce was because they had their children's emotional health in mind. Mel Monteiro born in 2008, and Noah Monteiro born in 2009, seem to spend their time with their parents in turn attending different events together.

Tiago Monteiro's daughter, Mel, participated in The Voice Portugal and was able to turn all four judges within seventeen seconds of her performance. The whole room lit up when she sang Cups by Anna Kendrick, Mel truly has a gifted voice.

Noah, on the other hand, has started following in Tiago's footsteps already. At the tender age of thirteen, junior Monteiro started Kart driving for VictoryLane and Kartódromo Cabo do Mundo. The little-not-so-little son of Tiago has a similar passion for things as him, it won't be wrong to say that we will see Noah in a bigger championship near future.

Tiago Monteiro, a responsible son and father of two, seems to be having the time of his life, as his social media post dictates a similar setting. He is still dedicated and trying to get even better at what he does best. We love this for Tiago!