Maybe, there are very few sports race car fans who don't know about Mehdi Bennani. He is a Moroccan racing driver currently competing in the TCR Europe with Sebastien Loeb Racing. With the Belgian team Comtoyou Racing, Bennani won the TCR Europe Championship in 2020.

Furthermore, he also won the WTCC race in Shanghai, making him the first driver from Morocco to do so in an FIA-run world championship race. Because he is pretty popular in the racing field, several fans are intrigued to know about his life story and personal life. Hence, let's discover more about Mehdi Bennani's biography, including information about his personal and professional life.

His Father Has Passed Away

The racing driver was welcomed into this world by his father, Abdelilah Bennani, and mother, Samaira Bennani, on 25 August 1983 in Fez, Morocco. He was raised in a family that always supported his dreams and believed in him. Unfortunately, Mehdi Bennani's father passed away in 2017. Mehdi's dad was the four times champion of motocross in Morocco. Nevertheless, Bennani has been working hard and making his old man proud.

Furthermore, the athlete is very close to his mom, Samaira, and often dedicates his social media posts to her. He is a mama's boy, and the bond they share is wonderful. In addition, Mehdi Bennani's mother was the first Arab-African woman driver on closed circuit in 1988. Mrs. Bennani has also been Vice-President of the Royal Moroccan Federation of Motor Sports since 2007, and she is the founder of the 'Flamme des sports mecaniques' club.

Moreover, the driver was involved in racing from a very early age. He started karting competitions at nine years old. Mehdi's hard work from a young age turned out to be fruitful in his official racing days. Similarly, the racer hasn't been vocal regarding his educational background.

Bennani began his career in karting, where he won a national championship in 2001. He finished runner-up in the 100 ICA class of the European Karting Championship. Likewise, the same year, Mehdi took home the Moroccan Fiat Palio Trophy.

The sportsman switched to single-seaters and finished third in the 2004 Formula BMW Asia. In 2005, Bennani moved to the Formula Renault 3.5 Series, competing against drivers like Robert Kubica and Will Power. He also participated in EuroInternational in the 2006 season, although he was unsuccessful in earning any points. Then, he took part in the Euroseries 3000 the following season, ranking 14th overall with the best performance of fourth.

Overall, winning has been in the blood of Mehdi since he started racing. Bennani garnered success at the start of his career, gaining worldwide recognition at a young age. Now, let's take a look at his WTCR career in the following subheading.

Mehdi Bennani Net Worth And Career

Bennani participated in his home round of the World Touring Car Championship in May 2009, in the Race of Morocco at the Marrakech Street Circuit in a SEAT Leon 2.0 TFSI modified by Exagon Engineering. He then went on to win 1st place in Morrocan Circuit Racing Championship - M2A in 2009.

Mehdi drove a BMW 320si for the Wiechers-Sport squad in 2010. Later, the driver changed teams in 2011 and drove one of Proteam Racing's brand-new BMW 320 TCs. His sixth-place finish at the season-ending race in Macau was his best performance. Similarly, in 2014, the driver became the first Moroccan racer to win a world championship race organized by FIA Motorsport Games.

Furthermore, the Fez native finished in the second position in the 2015 FIA World Touring Car Championship-Yokohama Drivers' Trophy. He then became TCR Europe Touring Car Series champion in 2020. Now, let's take a look at some of Mehdi's racing stats which sum up his career from recent years.

Additionally, professional race car drivers in the US can earn up to $41,148 annually, according to Zip Recruiter. Therefore, Mehdi's wages must also fall within that range. The fact that the driver has also won some multiple races suggests that he has also earned a sizable sum as prize money. Therefore, Mehdi Bennani's net worth must be adequate.

To be in love, have somebody who can accept your flaws, and support you in all your life aspects is a thing one must feel grateful about. With several racing achievements under his belt, Mehdi surely knows the taste of what it feels to be successful. Still, is the skilled driver successful in his personal life as well? Is he in love with somebody and shares any children? All these questions, therefore, have arisen several times from his admirers. Hence, let's find out more about the racer's love life.

Well, the racer shares a happy marital life with his wife, Soukaina Benkirane. Furthermore, Mehdi Bennani's wife is also the co-founder of Crechendo, a daycare. The pair have been together for several years and have supported each other in every big and small step of life.

While the couple's exact wedding details are unknown, he posted a photo with his partner of their wedding in March 2018. So, it looks like they have an enduring and thriving marriage, and there are no rumors of their separation. 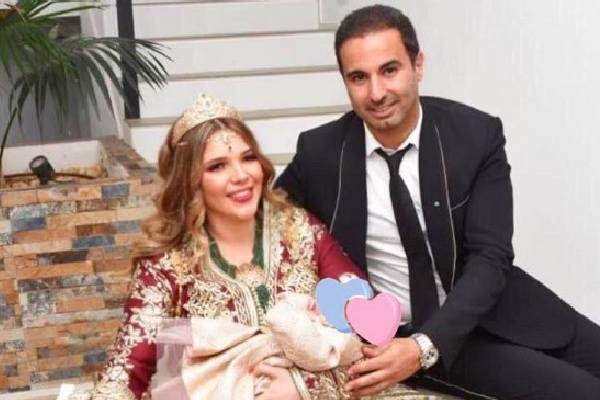 Overall, we hope that the duo's love will survive all the low ends and bloom into a happily ever after marriage. Our prayers and good wishes go to the lovely couple.

Is A Loving Father

A father’s love is always selfless, and sees no flaws in their children. They are always there for their kids and fulfill their every desire by sacrificing their needs. Likewise, Mehdi is also a loving and selfless dad of a baby girl. Alongside his wife, Soukaina, the driver welcomed their daughter in 2020.

Although the identity and face of the child haven’t been revealed yet, we can indeed say that she is a blessed and lucky child with a loving family. In addition, the little girl is very young and is being raised with unconditional love and nurturing. Will she also follow in the footsteps of her racer dad, though? Well, only time will tell what the future holds for Mehdi Bennani's daughter.

Overall, Mehdi has succeeded in his career and is content with his personal and professional life. Let's hope he keeps shining and succeeds in his life's journey.