Antonio Felix da Costa made his Formula E debut in the 2014-15 season. He has since raced for several teams, including Team Aguri and BMW i Andretti Motorsport. He currently competes for the DS Techeetah Formula E team. As of now, he has started in 92 races and has claimed 16 podiums with 7 wins in Formula E.

Antonio's fame has increased over the years, just like his earnings. However, only little is known about the racer, and many fans must be curious to know about him. So, let's take a look at Antonio Felix de Costa's biography consisting of some of the facts about his personal and professional life.

Johnny Weir Net Worth - Income From Skating And Now Commentating

His Brother Is Involved In Racing 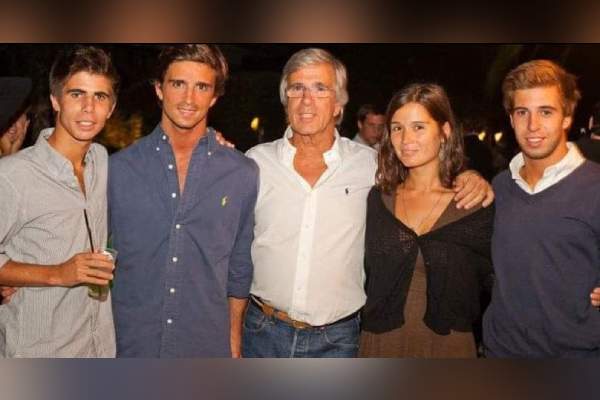 Also, Duarte is a race car driver, just like his little brother. He competed in World Touring Car Championship in 2008. Talking about Antonio Felix da Costa's parents, his dad is Miguel Felix da Costa. Regarding Antonio's mom, his father often posts photos with a woman named Canina. But, it is not sure if she is his mother.

The Cascais native often thanks his dad for helping him to get where he is now. In an interview, he revealed that his old man always believed in him and urged him not to give up. Miguel inspired Antonio in building the career that he has now. He accompanied his son during his trips and talked to sponsors to get enough budget for Antonio's budding career.

Talking about his educational background, Antonio has not revealed where he studied and what degree he pursued.

The Portuguese driver started karting when he was nine. Gradually he climbed the ranks and competed in various racing championships. In all these years of his professional career, he must have accumulated a considerable fortune. Hence, we can assume that Antonio Felix da Costa's net worth must be massive.

By the time Costa was 15, he had already gained immense fame as he secured the second position in the WSK International Series. Two years later, he made his single-seater debut in Formula Renault and won the series in 2009. Then, for the 2010 season, he moved up with Motopark Academy to the Formula 3 Euro Series.

During his debut race at Le Castellet, Felix da Costa got pole position for the second race. He continued racing in F3 until 2012. Furthermore, while he was racing for Motopark Academy, the sportsman also debuted in GP3 Series during its inaugural season in 2010. Just like in F3, he raced in the latter series until 2012. Afterward, the Red Bull Junior team selected him midway through the 2012 season.

Antonio replaced Formula Renault 3.5 Series driver Lewis Williamson at the Arden Caterham squad and joined Alexander Rossi on the team before the fourth round of the season that took place at the Nurburgring. Two years later, he began competing in the Deutsche Tourenwagen Masters (DTM) alongside Timo Glock.

In the 2014-15 season, the Portuguese native made his Formula E debut. He competed for Team Aguri in those rounds that did not clash with his commitments with DTM. In the 2016-17 season, he began racing for Andretti along with Robin Frijns. Then, in 2019, he joined DS Techeetah and raced with Jean-Eric Vergne. The duo competes in the 2022 season as well.

Now, let's take a look at some of Antonio's stats.

The former Formula 3 racer received much attention after becoming the 2019-20 Formula E champion. He must have earned significant prize money. Furthermore, as per ZipRecruiter, a Formula E driver's average annual salary is $61,198. Hence, in all these years of racing in the series, Felix da Costa must have earned considerably. Likewise, he must have been sponsored by several brands, which must be paying him significantly.

In addition, Antonio has released some merches, including T-shirts, hoodies, and sweatshirts, whose price ranges from $36.63 (€35) to $45.81 (€45). These items' sales must be adding up to his income. As a result, Antonio Felix da Costa's net worth is a notable amount.

Antonio has gained significant fame in his professional career. With the racing sport becoming popular these days, many fans are curious to know more details about their favorite racer. Likewise, people must be interested to know about Antonio's love life.

Talking about which, the race car driver has remained private about his lover. Likewise, he has not posted anything about his partner on social media. As a result, information about Antonio Felix da Costa's girlfriend remains hidden. Well, as they say, a story has two sides. So, either he is in a relationship and is not disclosing any details to protect his partner's privacy, or he is focused on his career.