Oliver Turvey is a professional car racing driver who currently competes in the Formula E Championship with NIO Formula E Team. Furthermore, he is serving as the test driver for Formula One's Mclaren Racing Team. Having started his Formula E career almost a decade ago, Turvey has gone on to make 84 starts with one podium finish.

Having featured in many top-level racing competitions, Oliver has managed to garner a significant amount of experience. From karting, British Formula BMW, Formula 3 to Formula E, the driver has always been adamant about performing better and progressing more in the racing world. So, in this biography, let's discuss more about how Oliver has been able to take such a leap in the car racing industry.

Father Was A Racing Enthusiast

Oliver Jonathan Turvey was born on April 1, 1987, to British parents in Penrith, Cumbria. Oliver Turvey's father, Andrew Turvey, used to work in the car industry and also aspired to be a racer. When Andrew took him to a karting event wanting to try something new, Oliver was delighted by the prospect of racing and convinced his family to let him race every week.

Oliver also has a sibling named Lucie Turvey. She is an equestrian and has uploaded many pictures of her horse riding on Instagram. Also, looking at her pictures, could it be she also competes in tournaments? Besides, Oliver Turvey's sister often attends his events and seems to have a very close bond with him. 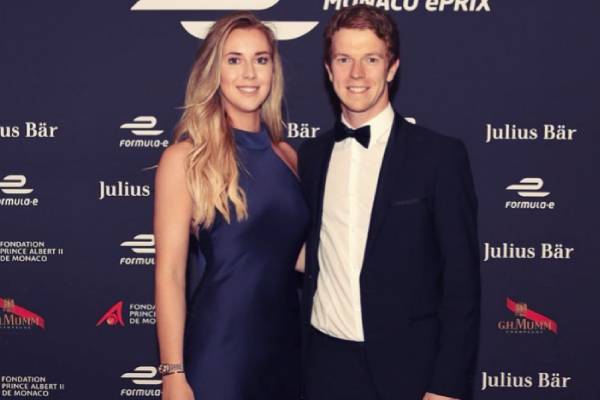 As mentioned earlier, the racer's journey started with his dad's trip to a karting event. There, Andrew tried a few laps but soon realized he was not able to race as well as he wanted. On the other hand, Oliver was a natural, enjoyed karting, and was even better than all the other kids. What started as a mere hobby has now turned into a lifelong passion for the driver.

Alongside racing, the sportsman also put his education first and pursued a degree in engineering at the University of Cambridge. He earned his Bachelor of Engineering in 2008 and was awarded the first Cambridge Extraordinary Full Blue for Motorsport.

Oliver Turvey Net Worth And Career

Having started his racing career at just eight, Turvey has been able to gain a lot of experience over the years. He began with karting and went on to win several titles. With almost two decades of car racing and nearly half-decade of karting experience, Oliver must have amassed a considerable sum of money. Hence, Oliver Turvey's net worth must be immense.

Moreover, the English racer made his Formula single-seater debut in the 2003 British Formula Renault Winter Series and also competed in Zip Formula Racing. He finished as the highest-placed rookie and then advanced to Formula BMW UK in 2004. At the end of the season, Oliver made his debut in the Asian F3 Championship.

Turvey raced for Team SWR in Formula BMW as he made eight appearances in the ten-round tournament. He also raced at Formula BMW World Final in Valencia and finished in the sixth position, as the highest-placed British racer. He won the McLaren Autosport BRDC Young Driver of the Year Award, taking home $60,362.45 (£50,000) prize money. He was set to graduate in the British F3 Championship in 2007.

However, Oliver chose the chance to compete in continental Europe rather than racing in F3 Championship. He spent a season in Italian Formula Renault and the Formula Renault Supercup with Jenzer Motorsport. A year later, after returning to Britain, he became a runner-up in the 2008 British F3 International Series, behind his teammate Jaime Alguersuari. Then, he moved on to the Formula Renault 3.5 Series and, with a race win, finished in fourth place.

The talented racer finally got a chance in Formula One as he took part in a test for McLaren in Abu Dhabi. After that, he competed in Grand Prix 2 and GP2 Asia Series, followed by the 2013 GT Series. He was also a test driver for McLaren joining Gary Paffett in the 2012 season.

As Formula E drivers are expected to earn $61,198, Oliver must also be making commendable earnings. Hence, Oliver Turvey's net worth must be of a notable sum.

Alongside his racing career, the Cambridge alumnus is also excelling in his personal life, or let's say, love-wise. He is currently in a relationship with Caroline Haines. The latter describes herself as a lifetime Twitter cynic and retired West End Wendie. Also, Oliver Turvey's girlfriend seems pretty supportive of his career. 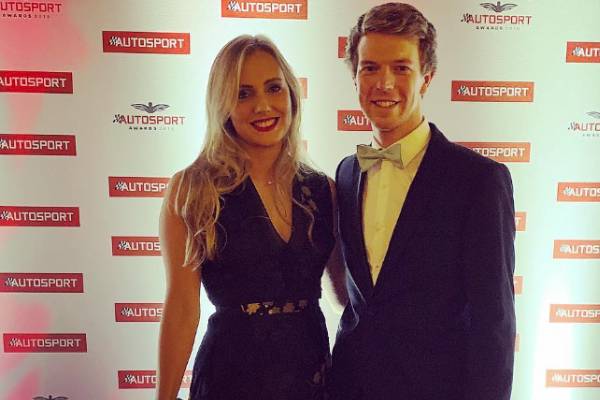 Many sites have claimed that the pair have been together since 2015. The couple frequently shares photos of them going on travels, attending events, and hanging out on social media. Though Oliver Turvey's partner has made her Instagram private, we don't doubt that she must have also uploaded many of their adorable pictures. As the pair have been together for several years now, will we hear wedding bells anytime soon?

Overall, Turvey has built a good reputation for himself in the racing world and has been going strong all these years. Let's hope he can keep winning titles and make his family proud. Hopefully, we will see him competing in Formula One someday.