World Touring Car Cup (WTCR) has become a platform for many racers to gain recognition worldwide. Many have become household names in the racing world from competing in WTCR. And one of the individuals who has found fame is Norbert Michelisz.

The professional race car driver initially contested for WTCC's Yokohama Trophy in 2008. He only debuted in the main tournament in 2010 and has continued competing since. Furthermore, the racer has clinched three Yokohama Trophies in his name. He also became the 2019 FIA World Touring Car Champion.

However, Norbert's incredible racing skills aren't only limited to WTCR; he has also contested in other series. So let's find out more about them in this biography.

Norbert Developed Passion For Motorsports From A Young Age

The sportsman was born on August 8, 1984, in Himesháza, Hungary. He became familiar with cars, petrol vapor, brake pads, etc., at a young age, thanks to his uncle.

The Hungarian driver's uncle was a car mechanic and rally driver. Young Norbert loved to visit him during his rally or rallycross events. In addition, Michelisz's uncle built him a small car called kispolszki (Polski Fiat) at seven. He then began riding it around his hometown under parental supervision. 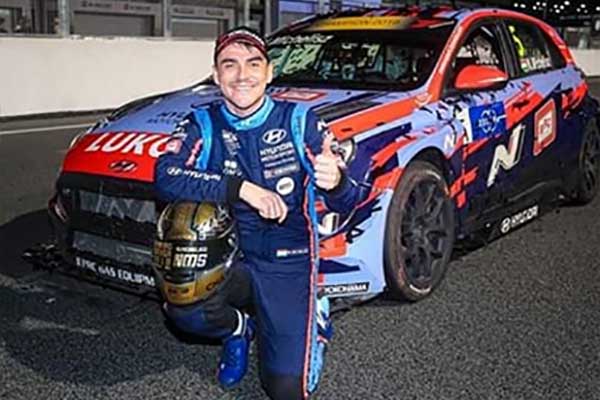 Likewise, Norbert Michelisz's father, András Michelisz, and mother, Teri Michelisz, supported his racing persuasion from the beginning. His parents never missed out on any of his races from earlier.

The driver also has an elder sister named Petra Michelisz, who is four years older than him. She is also very proud of his racing accomplishments.

Alongside racing, Michelisz was interested in IT. He moved away from home at seventeen and later attended the University of Pécs. Although he nearly dropped out of college in the first year, Norbert gained his Bachelor's degree from the  Pollack Mihály Faculty of Technology in 2006.

The university graduate studied at the Faculty of Economics for his MA. He graduated with a Master of Science in Finance in 2011.

Norbert Michelisz Net Worth And Career

Unlike other racers, Michelisz didn't start his racing journey from karting. His family couldn't afford to fund his racing career, so he chose a different method to compete, i.e., online.

The driver initially competed in online racing tournaments. During that time, he learned about a well-established online racer, Gabor Weber. Moreover, the latter saw Norbert's potential and recommended him to Zengo Motorsport. He then had his first test drive on September 13, 2005, in Hungaroring.

Norbert Michelisz's net worth is heavily influenced by his racing profession. He earns money from his racing team, prize money, endorsements, sponsors, etc.

The professional racer won his first championship at the 2006 Suzuki Swift Cup Hungary. He initially competed in local series before moving to SEAT Leon Eurocup in 2008. In addition, he gained international recognition after winning his second title at the 2009 SEAT Leon Eurocup.

Let's see some of his races and rankings below:

As mentioned earlier, the champ only had one-off appearances in WTCR in 2008 and 2009. He committed full-time to the series from 2010. Furthermore, the driver's most notable results were winning Yokohama Drivers' Trophy in 2011, 2012, and 2015 and ranking second in 2017. He eventually won the WTCR title defeating Esteban Guerrieri in 2019.

The former WTCR champion finished the 2021 World Touring Car Cup in the eighth position. Still, he must have cashed notable tournament money.

Likewise, the sportsman's income comes from his multiple sponsors. For instance, he earns a commission fee from Hyundai Hungary, Barth Designs, Lukoil, etc.

Besides that, Michelisz teamed up with Hungarian engineer Dávid Bári to launch M1RA. It houses many well-renowned drivers and provides training courses to anyone interested.

Thus, Norbert Michelisz's net worth must be a considerable sum, thanks to his successful racing career.

The Hungarian driver has become a national hero with his outstanding racing accomplishments. In addition, his love and devotion to motorsports inspire many people.

Though many know Norbert's professional life, his personal affairs are also fans' interests. So, inquiries about Norbert Michelisz's wife and marital life often pop up in search results.

Well, the racer is a happily married guy. Norbert Michelisz's wife, Johanna Hohmann, is a successful woman on her own and works as a tax lawyer. In addition, she also has a doctorate.

The pair attended the same school in Himesházan and has known each other for decades. But, both only began dating in 2008. In addition, after dating for five years, the couple engaged in the spring of 2013. Both eventually married in a private ceremony in 2015. 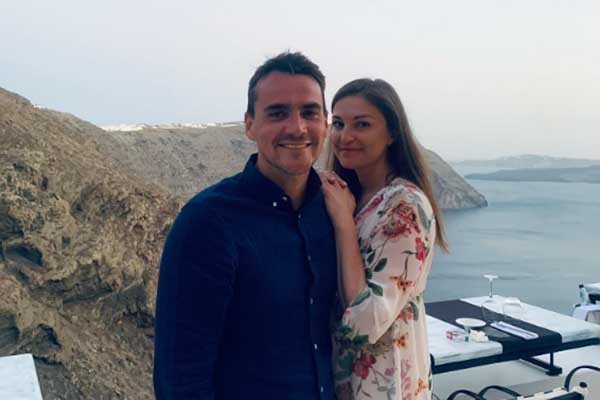 Norbert Michelisz's partner, Johanna, often attends public functions and events with him. She must be very proud of his racing career and supports it wholeheartedly.

The duo often share pictures of their travels, holiday celebrations, and family functions on Instagram. Both are undoubtedly enjoying a happy life together.

Michelisz Is A Proud Father Of Two Daughters

Alongside having a gorgeous spouse, the driver has been blessed with two little girls. His firstborn, Mira Michelisz, was born in 2017. In addition, she is likely enrolled in kindergarten.

Norbert Michelisz's youngest daughter, Emma Panna Michelisz, was born in May 2018. She is adorable and often appears on her dad's IG posts. 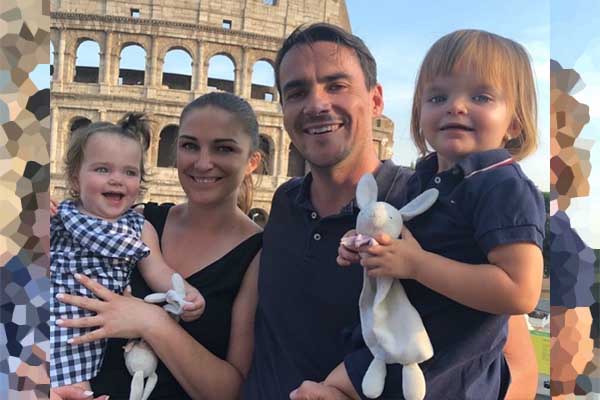 The sportsperson is a hands-on dad and spends his free time with his children. He loves his babies and often talks about them in his interviews. Who knows, his kids might follow in his footsteps later.

We wish the Michelisz family happiness and well-wishes ahead.