World Touring Car Cup (WTCR) has been at the forefront of the touring car series for many decades. As a result, many drivers have earned recognition internationally, competing in the championship. And one such individual is Esteban Guerrieri.

The race car driver began his WTCR journey in 2016 and has participated every year since. He scored remarkable results and nearly won the WTCR title once in 2019. Aside from that, the racer has contested in many Indy Lights series, Formula Renault, Formula 3, Formula 2000, etc. He has also won three Formula Renault titles in his career.

So, let's learn more about this talented driver's racing beginning, family, career, relationships, and more, in this biography.

The sportsman was born on January 19, 1985, in Ramos Mejia, Buenos Aires, Argentina. He learned about racing at age four from his late father. In addition, Esteban Guerrieri's dad saved money for his races from the beginning.

The racer idolized the late F1 driver Ayrton Senna from a young age. He watched Ayrton's every race, including the one where he died. Nonetheless, the young guy took Senna's every advice seriously. For instance, he urged his parents to get admitted to a bilingual school because Ayrton had told F1 drivers needed to be fluent in English.

Esteban Guerrieri's late mother, Estercita Guerrieri, also supported his racing persuasion from earlier. However, she also urged her son to focus on his education. Unfortunately, she passed away in 2019. 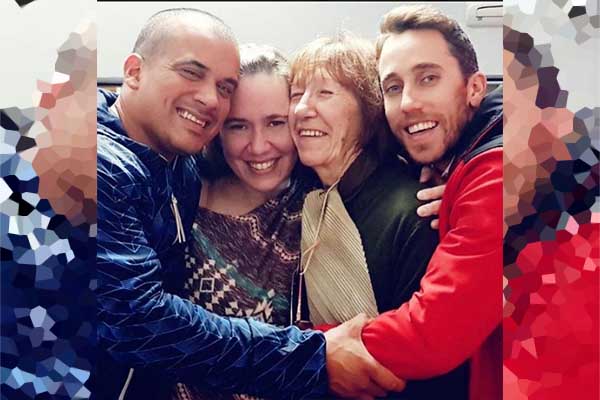 Likewise, Guerrieri's older brother and sister supported him financially to help his racing career. His family's commitment led him to move from karting to single-seaters at fifteen. In addition, he left school then but returned to complete his studies two years later.

Esteban Guerrieri Net Worth And Career

The race car driver received his first go-kart at age five and began competing soon after. He contested in many local and national karting championships before advancing to the Formula series.

So, Esteban Guerrieri's net worth mainly comprises his earnings from his racing profession. It includes his income from his tournament money, endorsements, sponsors, etc.

The racer won his first championship at the 2000 Formula Renault Argentina. He soon moved to Europe at sixteen to continue racing. Furthermore, he won his second title at the 2002 Formula Renault 2.0 Italy Winter Series.

The champ's third Formula Renault title was with Cram Competition in 2003. He then advanced to Formula 3000, Formula 3 Euro Series, British Formula 3, and Superleague Formula series in the following seasons.

Guerrieri competed in two Indy Lights Series and ranked second in 2011 and 2012. He then moved to the touring car series Turismo Carretera Argentina in 2013. Let's see some of his rankings in different races below:

The former formula racer made his debut in WTCR with Campos Racing in 2016. He raced with them for two seasons before joining ALL-INKL.COM Münnich Motorsport. Furthermore, Esteban's notable result was ranking second at the 2019 FIA World Touring Car Cup. He also ranked third in WTCR in 2018.

Aside from that, Esteban's income also benefits from his YouTube channel and endorsements. He often posts behind-the-scenes videos, races, and vlogs on his channel. Likewise, the racer's earnings come from his sponsors Visit Argentina, JAS Motorsport, Cube Controls, Stilo Official, etc.

Thus, Esteban Guerrieri's net worth must be a considerable sum from his racing career. Another individual recognized for racing in WTCR is four-time WTCC champion Yvan Muller.

The WTCR driver has accomplished much success in his racing journey and won many people's hearts. But what about his life beyond the race tracks; has he also successfully found his perfect other half?

The answer to the above inquiry is affirmative; the Argentine racer is a happily married guy. Esteban Guerrieri's wife, Mariela Malizia, is his loyal supporter and fan. In addition, she rarely misses out on his races and always cheers for his success.

The couple hasn't precisely shared when they began dating. But looking at their old IG posts, both have been together for several years. Furthermore, the pair likely married in a private event, considering fewer wedding details. 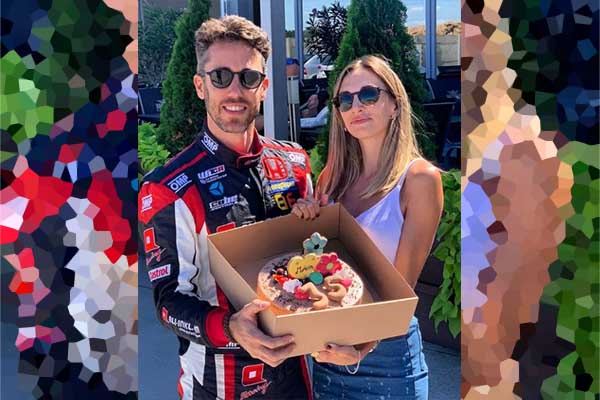 Esteban Guerrieri's spouse, Mariela, often appears on his YouTube videos. For example, she made a chocotorta for his team. The duo often share pictures of their travels, holiday celebrations, and family gatherings on social media. Both are undoubtedly enjoying a happy life together.

Esteban Is A Father Of A Baby Boy

The Argentine racer has welcomed an adorable baby boy from his marital life. His child, Milo Guerrieri, was born in June 2021, weighing 8.0 pound and 1 foot 7 inches tall.

Esteban Guerrieri's son, Milo, often appears on his Instagram posts. He might likely follow in his father's footsteps growing up. The former is very proud of his baby and often shares videos of him playing on social media. 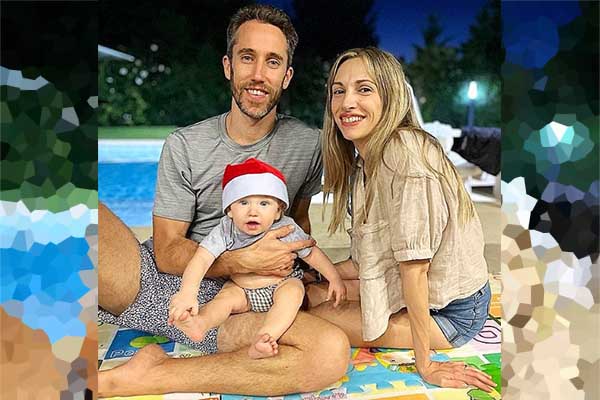 We wish the Guerrieri family much happiness and best wishes ahead.