World Touring Car Cup (WTCR) has become a home for many international racers from all around the globe. Many have risen to new heights and accomplished much fame from competing in the series. And one individual who has remained a constant presence in WTCR is Nestor Girolami.

The racer arose as a karting champion of his homecountry. He broadened his horizons after switching to single-seaters in the mid-'00s. Furthermore, the driver gained much recognition after winning two Super TC 2000 consecutively. Finally, he made his most anticipated debut in WTCR in 2015.

The sportsperson was born Nestor Adrian Girolami on May 22, 1989, in Isla Verde, Cordoba, Argentina. His mom gave him the nickname Bebu, meaning baby when he was young.

Nestor Girolami's father, Nestor Alberto Girolami, was involved in agriculture and worked on farms. He was passionate about motorsports and rode go-karts at eighteen. But, Nestor's dad, Nestor Sr., couldn't move forward due to financial reasons. Still, he lived his dream by supporting his children in their racing persuasion.

Likewise, Nestor Girolami's mother, Adriana Marucci, worked as a teacher. She must also have contributed a lot to her son's racing dream. Furthermore, his parents committed their time and money to his passion. 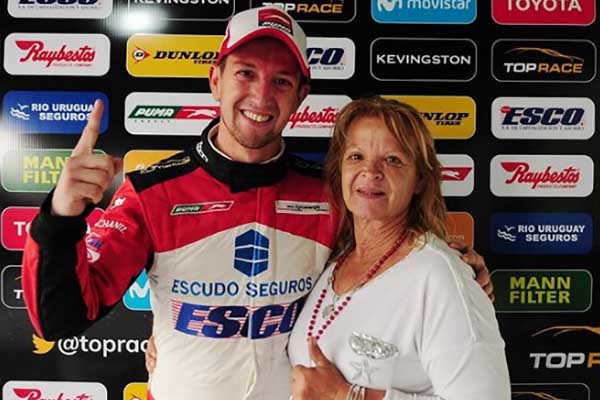 The driver got his first go-kart at three but didn't enjoy riding it at first. He cried after listening to the engine's sound and stored his kart in a garage for three to four months. But, he was destined for racing and started learning karting when he was almost four years old.

Nestor Girolami Net Worth And Career

As mentioned earlier, the driver began karting in the early 1990s. His most notable result was ranking second at the 2007 Master de Pilotos de la República Argentina. He advanced to single-seaters in 2005.

Nestor Girolami's net worth is heavily influenced by his racing career. His earnings come from his prize money, contracts, endorsements, and sponsors.

The kart racer got much recognition after becoming a runner-up at the Formula Renault 1.6 Argentina. After that, he began contesting in Turismo Nacional, TC Pista, Top Race V6, and Turismo Carretera Series the following seasons.

The sportsman debuted in TC 2000 (Super TC 2000) with Honda Racing Dowen Pagio in 2007. However, he only won his first title at the 2014 Super TC2000. In addition, he successfully defended his title the following season.

Let's see some of his positions in his competed championships below:

The champ joined the Honda Racing Team Sweden for his first WTCR appearance. He later switched to Polestar Cyan Racing and ALL-INKL.COM Münnich Motorsport. In addition, he is teammates with fellow Argentine driver Esteban Guerrieri.

Aside from that, Nestor's income comes from his multiple endorsement deals. For instance, his earnings benefit from his sponsors Cube Controls, JAS Motorsport, Visit Argentina, SIMTAG, etc.

Thus, Nestor Girolami's net worth must be a considerable sum from his racing profession.

Nestor Girolami Is A Married Guy

The sportsman has won many people's hearts in his homecountry and internationally. His racing prowess has increased his popularity each day. Likewise, his fans are eager to learn about his personal affairs and relationships.

So, searches related to Nestor Girolami's girlfriend or partner are often found on the Internet. And to answer them, he is a happy married man.

Nestor Girolami's wife, Juliana Menichetti, is often credited for her unconditional support and love. She never misses any of his tournaments and always cheers for his success.

The couple hasn't revealed when they first met or began their relationship. But, going through both's old IG posts, they were already dating in 2013. Moreover, the lovebirds had a surprise marriage with their friends present in December 2016. 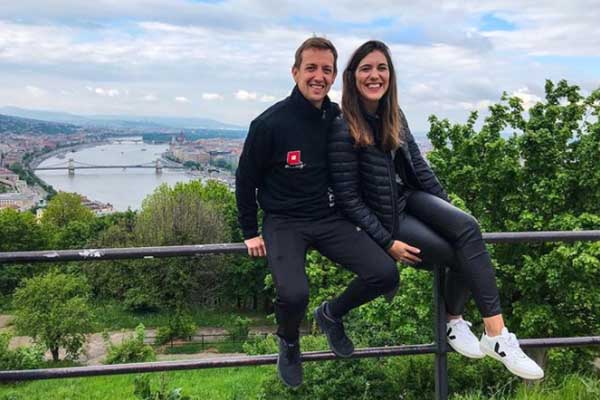 Nestor Girolami's spouse, Juliana Menichetti, often shares pictures of them hanging out, traveling, or going on vacations on social media. She is very proud of her husband's racing career and often talks about his wins on Twitter.

Girolami Is A Doting Father Of A Baby Girl

The Argentinian racer has been blessed with a lovely baby girl. His daughter, Isabella Girolami, was born on January 10, 2020. After his baby's birth, the new dad spent most of his time with her due to the COVID-19 pandemic.

Nestor Girolami's daughter, Isabella, is adorable and often appears on his Instagram account. She also occasionally attends racetracks with her mom, Juliana. 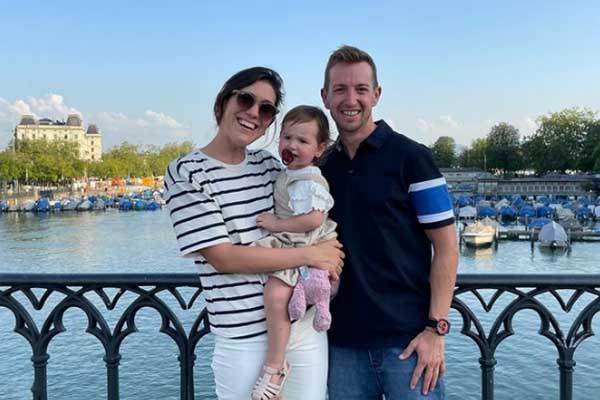 The family of three is happily enjoying a comfortable life together. The driver is very proud of his partner and kid and often dedicates his wins to them.

So, let's wish the Girolami family more fortune and prosperity in the days ahead.