Any touring car series fans are well-familiar with the World Touring Car Cup (WTCR). It has been a stepping stone for many young drivers in their motorsports careers. And joining the bunch is race car driver Gilles Magnus.

The sportsman had gained much attention from his karting and single-seater days before WTCR. He has won many national championships, including the 2018 Belgian Endurance Championship. Finally, the driver debuted in the WTCR with Comtoyou Racing in 2020. He outperformed himself in his maiden season and won the WTCR Rookies' Championship.

So, let's learn more about this emerging WTCR star's background, family, earnings, and others in this biography.

The pro race car driver was born on August 30, 1999, in Antwerpen, Belgium. His family all had the same passion for racing that was passed down to him from earlier.

Gilles Magnus' elder brother was a kart racer in his youth. He had some excellent results that ignited his younger sibling's competitive spirit. So, Gilles began racing at eight to compete against his older brother.

The young guy initially began with kids' karts in indoor karting. But, he didn't like that and discussed with the organizers to have a bigger kart. After riding in it, he was fascinated with speed and decided to pursue a racing career. 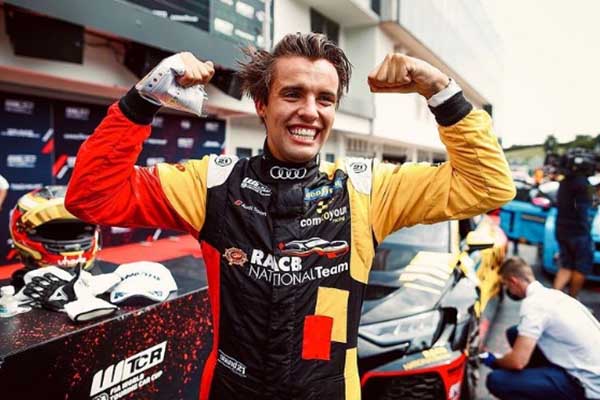 Gilles Magnus' elder brother was a kart rider who influenced him to learn karting and compete against him. Photo Source: Gilles Magnus' Instagram.

Likewise, Gilles Magnus' father and mother supported his racing dream earlier. His parents must have arranged funds and traveled with him during his karting days.

Alongside racing, the racer prioritized his education and likely completed high school in his hometown. He joined Karl de Grote Hogeschool in 2018 and graduated from there in 2021.

Gilles Magnus Net Worth And Career

As mentioned earlier, the driver began his journey by competing in indoor karting. Gilles proved to be a force to be reckoned with and competed with many older children from a young age. Finally, he moved to outdoor karting at eleven as the 2010 Belgian Indoor Karting Champion.

Likewise, Gilles Magnus' net worth is heavily influenced by his racing career. It comprises his income from his races, prize money, endorsements, and sponsors.

The kart racer's notable accomplishments include ranking third in the Belgian Kart Cup and BNL Karting Series in 2012 and becoming a runner-up in the IAME International Final and X30 Challenge Europa.

The former indoor karting champ moved to circuit racing in 2016. He ranked second on his first French Formula 4 championship in the same year. In addition, he competed in the Formula Renault the following season.

Magnus got much recognition after winning the Belgian Endurance Championship in 2018. He also led the Belgian team to finish second at the 2019 FIA Motorsports Game Touring Car Cup. He must have cashed big prize money from his victories.

Let's see some of his positions in his competed races below:

Aforementioned, the driver debuted in WTCR in 2020. He competed in sixteen races and secured the fifth position. Similarly, the racer raced for Comtoyou Team Audi Sport in the 2021 World Touring Car Cup. His team secured a WTCR Trophy and became vice team champions. In addition, his teammate Frédéric Vervisch became the vice world champion.

Similarly, the average pay of a professional racer is $20 an hour and $40,904 a year, as per ZipRecruiter. Hence, Gilles' salary must also be around that range. Furthermore, he has signed a contract with Audi Sport for the 2022 season, which must also be worth several thousands of dollars.

Thus, Gilles Magnus' net worth must be a notable figure from his racing career.

Is Gilles Magnus In A Relationship?

The Belgian driver has won many people's hearts with his remarkable racing skills. In addition, his handsome looks and charming personality swoon many girls.

Likewise, it's nothing new for fans to show interest in their idol's love life, and Magnus is no exception. So, we often see searches regarding Gilles Magnus' wife or partner in the media.

Well, the young driver hasn't been so forthcoming in talking about his relationships. He hasn't talked about his partner in his interviews or the media. Furthermore, he hasn't opened up about whether he is dating anyone.

The sportsperson's Instagram account also doesn't hint at his dating life. So, Gilles Magnus' girlfriend has remained a mystery among his fans. He might likely have kept his partner a secret to evade media scrutiny. 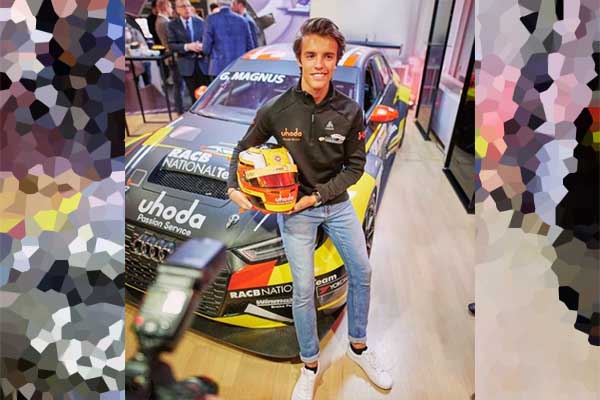 Or Magnus is likely enjoying the single life. He is gaining much recognition in the racing world and might be more focused on his racing career. Nonetheless, with his dashing looks, he won't have any problem getting a beautiful girl.

Whatever the case is, hopefully, we will find out about Magnus' love life more in the future.