Stephen Curry was drafted by the Golden State Warriors in the NBA on June 25, 2009. Image Source: Steph's Instagram.

Wardell Stephen Curry II, notably known as Stephen Curry, is an American professional basketball player representing the Golden State Warriors in the NBA league in North America. The famous point guard is considered the greatest three-point shooter in NBA history by many experts and has been credited for inspiring teams to use the three-point shot regularly.

Stephen Curry has won the NBA Most Valuable Player in 2015 and 2016 and is ranked second in the history of NBA three-point field score. Alongside his shooting abilities, Steph is also known for his ball-handling and playmaking abilities. Let us know more about Stephen Curry's biography and career.

On March 14, 1988, Stephen Curry was born in Akron, Ohio but grew up mostly in Charlotte, North Carolina. He was raised by his parent's father, Wardell Stephen Dell Curry II, and his mother, Sonya Alicia Curry. Stephens's father, Dell Curry, is a former professional basketball player from 1986 till 2002. Steph learned basketball by watching his father and practicing with his two siblings Seth Curry and Sydel Curry. The Curry family soon moved to Toronto, where Dell Curry finished his career as a Raptors member.

Following his father's retirement, the family moved back to Charlotte, where Stephen Curry enrolled at Charlotte Christian School. He led his team to win three conference titles and three state playoff appearances. He attended and played for Davidson College who recruited him from tenth grade.

Stephen Curry played for Davidson College on his freshman year and made headlines after becoming the second freshman in scoring behind Kevin Durant of Texas. His scoring ability helped him make his 113th three-pointer of the year after breaking Keydren Clark's NCAA freshman season record for 3-point field scores. The baller was named Southern Conference Freshman of the Year in 2007. In his Sophomore season, Curry led his College to its first NCAA Tournament win since 1969. Curry finished the season with an average of 25.9 points, 2.9 assists, and 2.1 steals per game. The professional player has also been named the Most Outstanding Player of the Midwest Region of the 2008 NCAA Tournament and was nominated for an ESPY in the Breakthrough Player of the Year category.

Stephen Curry was selected for the United States national team at the 2007 FIBA Under-19 World Championship and won the silver medal. He was chosen for the senior squad in 2010, playing limited minutes at the 2010 FIBA World Cup which the United States won the gold medal. They were undefeated throughout the whole tournament.

On June 25, 2009, Stephen Curry was drafted by the Golden State Warriors for the NBA. During the 2009-2010 season. He became the only rookie to win Western Conference Rookie of the month three times for January, March, and April and finished second behind Tyreke Evans for the NBA Rookie of the Year Award and was selected in the NBA All-Rookie First Team. He completed his rookie season with 166 three-pointers, which became the most ever by a rookie in NBA history.

Curry signed a four-year deal for $44 million with the Golden State Warriors. In 2012-2013. He set up a new NBA single-season three-point record with 272 three-pointers. His Warriors' performance made him the first player in the team's history to average 24 points and became the first basketball player in NBA history to hit at least 300 three points in a single season.

In the 2014-2015 season, Curry had the highest votes for the All-Star Game and won the Three-Point Contest. The Warriors finished the season with 67 wins and won their first championship in 40 years. Stephen Curry was voted the NBA Most Valuable Player and averaged 26 points and 6.3 assists per game in the finals.

At the start of the 2015-2016 season, he became the first person since Michael Jordan to score 118 points in his first three games of NBA season, including a season-high 53 points against the New Orleans Pelicans. On December 28, the baller recorded his sixth career triple-double with 23 points, a career-high 14 rebounds, and ten assists in a win over the Sacramento Kings. He became the fastest player to reach 1,600 three-pointers and the 19th player to do so and continued to perform on his top form throughout his career.

Here are Stephen Curry's NBA regular season stats along with their timelines according to the NBA family.

However, in the 2019-2020 season, Stephen Curry was injured after a clash with Aron Baynes, which broke Curry's left hand, and he was out for three months. He returned to the court on March 5, 2020, in a game against the Raptors and scored 23 points, six rebounds, and seven assists. On December 27, 2020, Stephen Curry became one of the only players to have scored more than 2,500 career three-pointers alongside Ray Allen and Reggie Miller. He scored his career-high score of 62 points in a win against Portland Trail. Stephen Curry has become one of the most renowned basketball players in the world. He has played in the top league for years and has certainly made a lot of money for himself.

According to Celebrity Networth, Stephen Curry's net worth is estimated at $130 million. He is one of the world's highest-paid athletes, earning $40 million from the NBA income and more than $30 million from endorsement deals. 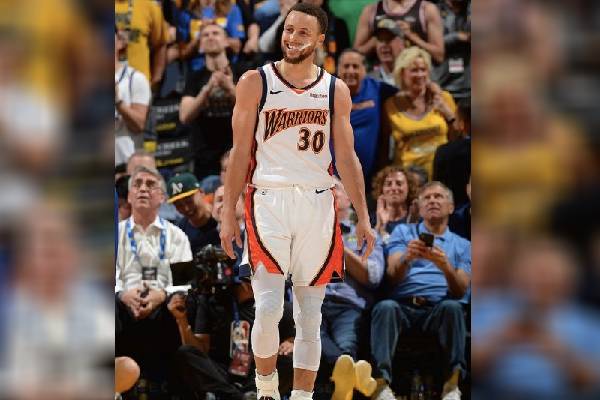 He is one of the world's highest-paid atlete, earning $40 million from the NBA income and more than $30 million from endorsement deals. Image Source: Instagram/Wardellcurry.

Steph has also partnered with brands such as Under Armour and TCL. Before his deal with Under Armour, Stephen Curry endorsed Nike and other brands. He also formed a production company called Unanimous Media and announced a wide-ranging, multiyear multimedia deal with Sony Pictures Entertainment and has signed on as executive producer for a sports competition tv series called Holey Moley and several movies.

Stephen Curry has also signed a deal with Steiner Sports Memorabilia, which produces hand-signed official basketballs and jerseys, autographed photographs of epic moments, flash framed signs, and wall art. His jersey became a top seller in the NBA league in the 2015 and 2016 seasons. With such business ideals, we can be sure the Curry has invested and made a lot of money.

Stephen Curry is married to his partner Ayesha Curry. The lovely pair got engaged in 2010 and got married on July 30, 2011, in the same church they met nine years ago. Steph and Ayesha met during their teenage days in their church's youth group in North Carolina. The duo was united after Steph decided to look up Ayesha on Facebook for a reunion. Ayesha and Steph fell in love after the basketball player asked her out on a date, which she had declined at first. 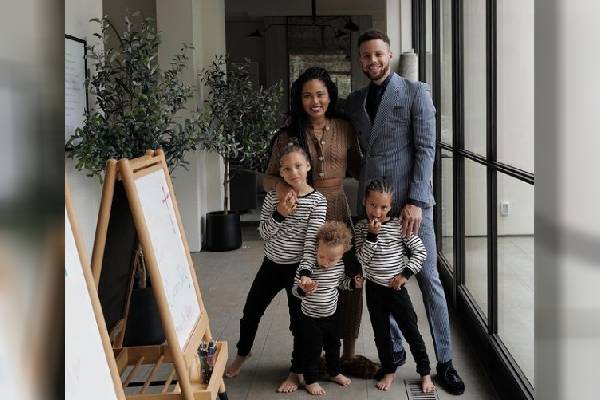 Stephen Curry and Ayesha Curry got married on 2011 and have three children. Image Source: Instagram/Wardellcurry.

Ayesha Curry gave birth to their eldest child, their daughter Riley Elizabeth Curry on July 19, 2012. The couple announced their second child, Ryan Carson Curry's birth on July 10, 2015. Their third child Canon Wardell Jack Curry was born two weeks prematurely on July 2, 2018. Stephen Curry and Ayesh Curry are very happy with their relationships along with their bundles of love.

The American basketball player has earned fame and fortune throughout his career and life. Alongside being a talented individual, Curry is also a generous person. In 2012, he donated three insecticide-treated mosquito nets for every three-pointer he scored at the United Nations Foundation to Nothing but Nets campaign to fight malaria. In 2015, the baller donated his prize vehicle, a 2016 Kia Sorento, to the East Oakland Youth Development Center.

In 2018, following a controversy about the Apollo Moon Landing, Curry had Under Armour create some shoes he wore to the game and later auctioned them off. The shoe was sold for $58,100 on eBay, and the money was donated for STEM education initiatives.