Wardell Stephen Curry II, notably known as Stephen Curry, is one of the greatest basketball players in history. The Ohio-born professional plays for the Golden State Warriors in the NBA league in North America. He has won two NBA Most Valuable Player awards along with two NBA championships. Steph is considered one of the finest three-point shooters in the league's history and currently stands behind Ray Allen with 2657 points scored from the three-point line.

Curry joined the Warriors in 2007 and has proved himself worthy of every title he has won. The player's ability to dribble past opponents and shoot from the three-point line has made his fans want to shoot like the player. He has scored 17,423 points in 733 games so far which is still almost 21K points less than the all-time NBA high scorer, Kareem Abdul-Jabbar. Basketball legend, Kareem has a total of 38,387 points scored in over 1,560 games.

The seven times NBA All-Star has also done many interviews and classes to teach the world how to handle the ball, shoot and keep scoring like him. It is said that Steph can teach any hopeless case to shoot a perfect shot. Stick with us to the end to learn five shooting tips from Stephen Curry.

The art of shooting begins with the power of sight. Locking on to the target helps to focus on the trajectory of the ball it is moving in. Stephen Curry locks his mark at the three hooks, right between the rim and the net to shoot the ball precisely toward the ring. By knowing the distance and the target's position, one could shoot strictly depending on the muscle memory or the shooter's power.

Square Up And Make a 90 Degree Angle

One should keep their dominant foot in front of the other as it helps while shooting. The goal is to face the rim with your lower body, including the ten toes one has. The placement of the body increases the odds of scoring. While in a preferred position to shoot, the forearm must be vertical to the biceps, which creates a 90-degree angle at the elbow. Stephen often states that an unbalanced forearm and elbow can be disadvantageous while shooting.

The Power Lies In Your Fingertips

Stephen Curry is the second-highest scorer in NBA history. His consistency to shoot without missing has earned him one of the top spots in the sports category. Likewise, Curry believes that the key to keep scoring is to release the ball with your fingertips. 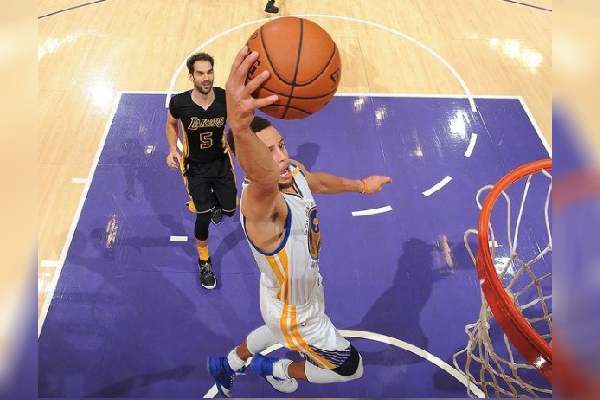 Stephen Curry is considered one of the finest three-point shooters in the league's history. Image Source: Stephen Curry's Instagram.

The second-highest scorer recommends shooting the ball with the fingers to precisely release it while also controlling the spin. While being held or in a dribbling form, the ball tends to shake in the palm, which results in losing control of it. According to the pro, the ball should be just about half an inch above one palm and controlled by the fingers for better accuracy while shooting.

The jump before releasing the shot is considered very important to balance the power and accuracy. A strong base helps the player jump shoot the ball in a swift motion to create scoring opportunities. While jumping too high or too low can affect the shot, the process can be developed with the shooter's consistency of releasing the ball comfortably. Curry explains that when a player gets exhausted, they tend to miss more often. It's because of their tired legs, and the body's foundation is lost. A good base helps to maintain proper balance and consistency while also improving accuracy.

Work On The Finesse

The Warriors point-guard believes that following through one's shot is very crucial to improve your scoring. Focusing on the position before releasing the ball put's more spin on it. Putting the arm down before the ball reaches the rim can push the ball more quickly, resulting in a miss. Curry strongly suggests working on the follow-through, which is a beneficial tactic while also making a shooter look good. Also, he jokes if someone is taking a picture of you, you'll always look good while shooting the ball if followed through properly. 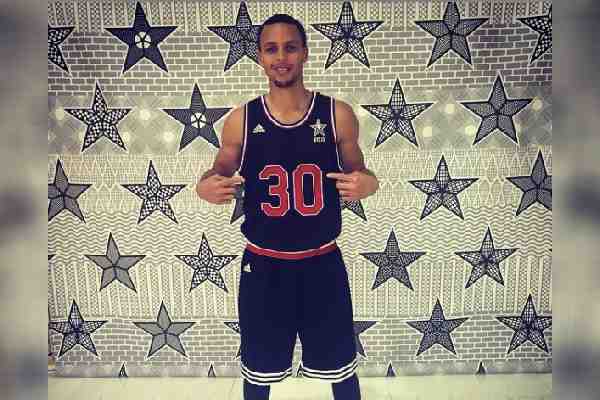 Stephen Curry has been named in the All-Star multiple of times. Image Source: Steph's Instagram.

While these are only five tips from the NBA championship winner, there are undoubtedly many other qualities that have helped the baller achieve the fame and success he has earned.

Though one might think it's impossible to become like the NBA legend, we can continuously develop ourselves further by following the footsteps of the greats before us. And in doing such, we can surely improve our skills on the court.