Draymond Jamal Green Sr, commonly known as Draymond Green, is a professional basketball player for the Golden State Warriors based in San Francisco. The basketball player has won many honorable mentions in the National Basketball Association league. He is a three times NBA Champion and was hailed as the NBA Defensive Player of the Year in 2017.

Draymond Green has also been selected in the NBA All-Star team for 2016, 2017, 2018 and led the American national team to clinch the gold medal in the 2016 Rio Olympics, held in Brazil. The baller is considered one of the most flexible players in the NBA who can play anywhere inside the court and perform very well in both offense and defense. Let us know more about Draymond Greens's biography and career.

Draymond Jamal Green Sr was born on March 04, 1990, in Saginaw, Michigan, US. He was born to his father Wallace Davis and mother Mary Babers, along with siblings Torrian Harris and Braylon Green, and three sisters, LaToya Babes, Jordan Davis, and Gabby Davis. His parents separated when Green was still young. His step-father is named Raymond Green.

The baller studied at Saginaw High School and started to play basketball for the school's team. His game was noticed by his basketball coach Lou Dawkins who encouraged Green to chase his career in basketball. He went on to attend Michigan State University.

Green started his basketball career in his high school and led Saginaw to win the state championship. He had an average stat of 25 points, 13 rebounds, three assists, and three steals per game in his junior year. Saginaw high school was ranked 4th by USA Today after Green led the team to win the state championship with an average of 20 points, 13 rebounds, and two blocked shots per game.

Green was scouted by Michigan Wolverine and Kentucky Wildcats but later signed for Michigan State in 2007. The basketball player went on to play throughout his college years after he showed exceptional results. He was decorated as one of the three players in the college's history to score 1,000 points and 1,000 rebounds by the end of his senior year. In 2011 he won four Player of the Week and Player of the Year awards after leading his team to win the Championship title.

On July 30, 2012, Draymond was drafted by the Golden State Warriors for the NBA with a contract of $2.6 million for three years. His first NBA debut was on October 31 against Phoenix Suns, where he played for only one minute. The professional baller gradually improved his game and was soon given more playing time after Brandon Rush and Richard Jefferson got injured. Green received more playtime and was able to showcase his potential and talent. On December 12, Green scored the winning layup with less than a second left in the 97-95 win over defending champion Miami Heat.

Furthermore, Draymond Green lost 20 pounds in the 2013-2014 seasons and improved his three-point shooting and defensive abilities alongside teammate Stephen Curry. In April 2014, Green recorded a career-high 20 points and 12 rebounds from off the bench to defeat Minnesota Timberwolves 130-120. He finished the season with 82 games with 12 starts and averaging 6.2 points and five rebounds per game.

In the 2014-2015 season, Warriors power forward David Lee was out with a hamstring injury and was replaced by Draymond Green after he was promoted to the starting lineup. Warriors went on to a 16 winning streak after losing two of their games, with Green averaging 13.3 points per game, including his career-high 31 points in a 112-102 win over the Chicago Bulls on December 6. He also recorded his first career triple-double on January 2, 2015, with 16 points, 11 rebounds, and 13 assists in a 126-105 victory over the Toronto Raptors. He finished as a runner-up in the Defensive Player of the Year Award and the Most Improved Player Award. Draymond Green finished the season with an NBA championship and placed his name as the 6th player in NBA franchise history to score a triple-double in the NBA Finals.

After that, Draymond Green signed a five-year extension contract with the Warriors for $82 million on July 9, 2015. He led the Warriors to their first ten-win streak in a season, averaging 11.9 points, 7.7 rebounds, 6.6 assists, 1.2 steals, and 1.2 blocks per game. The talented basketball player scored 18 points and seven rebounds in a win over Los Angeles Lakers as the Warriors secured their winning streak to 16-0, their best start in NBA history. Green recorded his third career triple-double in a 135-116 win over the Phoenix Suns.

The baller scored his fourth triple-double in the very next game against the Kings, becoming the first Warriors player with a back-to-back triple-double since Wilt Chamberlain in 1964. On December 11, Green recorded a five more, after scoring 24 points, 11 rebounds, eight assists, five steals, and five blocks under just 50 minutes to secure a win against Boston Celtics in a 124-119 double-overtime win to increase the Warriors win streak to 24-0. On January 28, Draymond was also named the Western Conference All-Star reserve for the 2016 NBA All-Star game, earning his first All-Star selection. Draymond became the first player to register 1,000 points, 500 rebounds, 500 assists, 100 steals, and 100 blocks in an NBA season. His 13 triple-double of the season was the most by a non-guard player in the NBA since Grant HIll's in 1996-1997.

In the 2016-2017 season, Draymond Green had a season-best score with 20 points, 15 rebounds, and nine assists in 132-127 loss against Houston Rockets. He secured his 15th career triple-double in a win over New Orleans Pelicans and was also called Western Conference All-Star reserve for the 2017 All-Star game. In February 2017, Green became the first player in NBA history, scoring a triple-double with a score of fewer than 10 points. He had scored only four points with ten assists, 12 rebounds, and ten steals. It was recorded as the second triple-double with at least ten rebounds, ten assists, and ten steals. The first was Alvin Robertson in 1986. He became the 11th basketball player in NBA history with 400 blocked shots after securing six blocks in a win over the Philadelphia 76ers. The baller also became the first Warriors player ever with 100 blocks and 150 steals in a season and the first in the franchise history since Dwayne Wade in the 2008-2009 season. Draymond led the Warriors to win their second championship in a 4-1 series win over the Cleveland Cavaliers in the 2017 NBA Finals. He was also the first Warriors player in history to win the NBA Defensive Player of the year award.

The multi-talented Green has been performing at the top of his game throughout the seasons ever since. However, Draymond Green was limited to game-time in the 2018-2019 season following his injuries and a sore knee. The baller played only about fourteen minutes against Memphis Grizzlies and missed multiple games due to his physical issues. He returned to the court on November 12 against Los Angeles Clippers but got involved in an argument with Kevin Durant which led to his suspension for the next game against Atlanta Hawks. Green missed 11 games following the match against Houston Rockets due to his previous injuries. After his full return in January, Draymond scored a season of high fifteen rebounds in a 126-118 win over the Washington Wizards. He further helped the Warriors to win the series but lost the 2019 NBA Finals to Toronto Raptors.

Well, on August 2019, Draymond Green signed a four-year contract with the Warriors for $100 million. 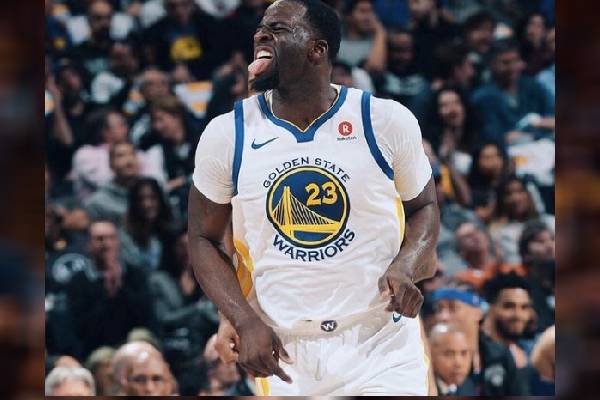 He started the 2020 season with his most assists in a game with 16 passes before the score on a win against Cleveland Cavaliers. Plus Draymond has been fined a number of times in his career but the amount rose to $50k for Green after he violated the league's rules. Draymond had stated that he wanted Devin Booker out of the Phoenix which led to the fine he paid. Green went on to miss most of the 2020-2021 training camp after he was tested positive for Corona Virus. The professional athlete recovered from the Covid-19 but still missed the first four games due to a leg injury.

Draymond Green Net Worth and Contracts

The professional basketballer has played in the NBA for years and has accumulated a lot of wealth. According to Celebrity Net worth, Draymond Green's net worth is estimated to be $50 million. He signed with Golden State Warriors in the NBA league for $2.6 million dollars in 2012 which later increased to $82 million in 2015 and $100 million in 2019. The NBA champion has made endorsement contracts with top companies like Nike and New era and earned millions from them as well.

Green has also signed a franchise deal with Blink Fitness to launch 20 Blink gyms in his home state of Michigan while also hosting a podcast called Dray Day with a digital media company called Uninterrupted.

Draymond has been very active in his personal life besides his successful career. He is currently in a loving relationship with Hazel Renee. The lovely pair started dating in 2017 and Green proposed to her with a $300k ring in January 2018. Green loves his partner Hazel very much. The couple gave birth to their first child Cash Green in December 2020 though both the celebrities have children from their previous relationships. 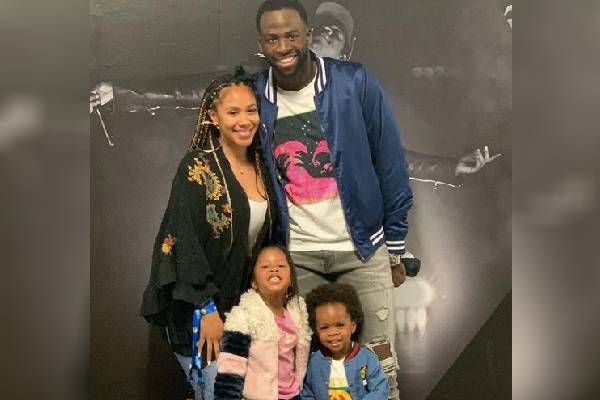