Sports celebrities getting married to each other is not unheard of. However, it makes more significant news when such a famous couple splits up, and various speculations start to circulate. One such power couple from the world of athletes is Shelden Williams and Candace Parker.

Although famous as the ex-husband of WNBA legend Candace Parker, Shelden has his own story of success and failure. From the rising star of his university to playing six seasons in the NBA, he has found his place in the big league.

Here, we will take a glimpse into Shelden Williams' biography and dive right into his personal life. We will also discuss his net worth and the reason behind his breakup with Candace Parker.

The former NBA star was born Shelden DeMar Williams on 21st October 1983. He grew up in Oklahoma City and was deeply affected by the norms and values of the community he grew up in. Despite having a massive fan following, Shelden has kept his family out of the public eye.

But Williams' parents, Bob Williams and Jeanette Williams have attended several of his games. On the other hand, it remains to be confirmed whether he grew up as a single child or alongside siblings. He has, however, stated that he grew up as the son of educators and had a strong desire to learn.

While growing up in Oklahoma, the former Duke star attended Midwest City High School. Here, he joined the basketball team and regularly honed his skills as an athlete. Soon enough, he developed an affinity for the game and decided to follow it more passionately. Shelden Williams' parents also supported his choice. 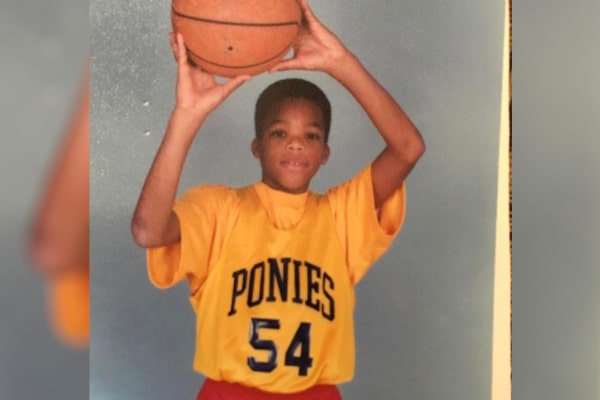 Since his childhood, Shelden Williams was attracted to the game of basketball. Photo Source: Shelden's Instagram.

Following completion of high school, Shelden enrolled at Duke University. It was here that he established himself as a prominent player. Shelden collected many accolades and was nicknamed "The Landlord" for his aggressive play and shot-blocking ability.

Shelden continued his education concurrently, even after achieving greatness on the court. He obtained a bachelor's degree in sociology and a certificate in markets and management.

Shelden Williams' Net Worth And Career

The former NBA star had already paved his way to stardom during his years at Duke University. From 2002 to 2006, Shelden played for his college and achieved many milestones. He became Duke's all-time leader not only in blocked shots but also in rebounds.

Excellent performances in his college years earned him a place in the 2006 NBA Draft. He was fifth picked by the Atlanta Hawks, who offered him a contract worth almost $3 million for the season. The sportsman spent two seasons with the team. In those two years, he must have earned a handsome sum of money.

Shelden Williams' net worth is undoubtedly in the millions since he has secured several multi-million dollar deals. He was involved in a multi-player deal with the Sacramento Kings for Mike Bibby. Nevertheless, his stay with the Kings didn't last long, and he was traded to the Minnesota Timberwolves just a year later, along with Bobby Brown, for Rashad McCants and Calvin Booth.

Shelden's Early Leave From The NBA And Earnings

Even though Shelden had a promising career in college, he could not transfer his marvelous performance to the NBA. And starting in 2009, his play began to degrade, which resulted in him not having a steady team contract. Subsequently, Candace Parker's ex-husband was constantly shuffled around and played for the Boston Celtics, Denver Nuggets, and New York Knicks.

Nonetheless, the Oklahoma native continued to pocket a huge sum every year. The detailed list of Shelden William's salaries during his time in the NBA, according to Spotrac, is listed below:

Afterward, Shelden was forced to look outside of America to resurrect his basketball career. Owing to this, he signed a one-year contract with French League champions Élan Chalon, averaging over 11.3 points and 7.6 rebounds in his stint of 10 games. Nevertheless, since then, he has remained inactive on the court and focused his attention on turning into a basketball coach. 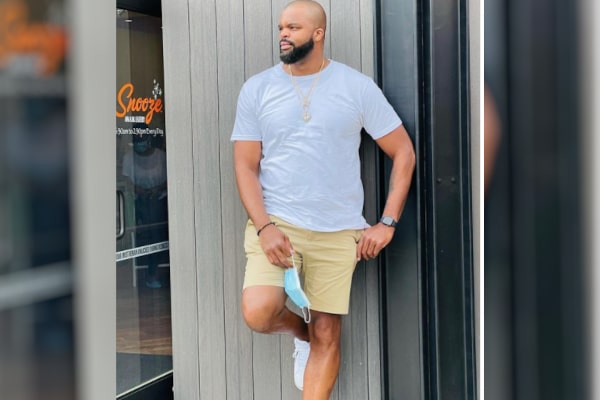 Shelden Williams has collected a handsome revenue through playing in the NBA for six seasons. Photo Source: Shelden's Instagram.

Although Shelden has not publicly spoken about his income, we are sure he boasts assets worth millions of dollars. Shelden Williams' net worth inflated mainly during his time in the NBA. Over the years, he played for multiple teams and earned hefty cash for his service.

Apart from his basketball career, he is also the founder of the Shelden Williams Foundation. The organization is dedicated to promoting student-athletes and their families belonging to rural areas. Even after his retirement, Shelden is still working for the welfare of athletes. This further proves his love for the game.

Shelden Williams Was Once Married To WNBA Superstar

If you are the one who keeps tabs on the latest basketball news and drama, you have undoubtedly heard about Shelden Williams' divorce from Candace Parker. The now-estranged duo was once viewed as the ideal couple by many sports fanatics. So, it came as heartbreaking news when headlines about the couple's split up surfaced online.

Shelden Williams' ex-wife, Candace Parker, is one of the most successful athletes in WNBA history. She is also the younger sister of another NBA star Anthony Parker. Moreover, she has established herself as a revered sports figure with two championships and a WNBA Finals MVP title under her belt. But, unfortunately, her relationship with a fellow athlete did not see a smooth sail.

Shelden met his former spouse, Candace, when she was on a recruiting trip to Duke University. Although she ended up attending the University of Tennessee, the two maintained close contact and eventually started dating. The couple decided to tie the knot on 13th November 2008.

Shelden Was Paid $400K As An Alimony

A year after their marriage, Shelden's ex-wife gave birth to their only child, Lailaa Nicole Williams, on 13th May 2009. With the arrival of Shelden Williams' daughter and the careers of the husband-and-wife duo prospering simultaneously, the Williams family seemed to be a picture-perfect household.

Nonetheless, it all came crashing down in 2016 when Shelden Williams filed for divorce from his then-partner, Candace Parker. He further stated irreconcilable differences as the primary reason for his decision. Later, it was also reported that the couple had been living apart for some time.

After eight years of togetherness, Shelden ended his marriage to Candace. Even though he had earned a fortune worth millions in his NBA career, his ex-wife had done better. As such, Candace Parker's ex-husband was paid $400,000 in alimony, according to TMZ Sports.

Shelden Williams' daughter, Lailaa, was placed in joint legal and physical custody. Although neither party agreed to pay child support, they decided to fund her education and lifestyle equally. Well, Shelden seems to be enjoying his possible single life, as is his former spouse. We are confident both of them will find success in their future endeavors.