Basketball is one of the most popular sports in the United States. With each passing year of the NBA (National Basketball League) and WNBA (Women's National Basketball Association), younger generations are increasingly attracted to the games. The game not only promises a steady source of income but also paves a path towards fame.

Nevertheless, it is no simple task to earn a name in the league. The more rewarding it is, the more challenging it is to find success. Anthony Parker is one of the names who initially suffered failure but came back stronger to establish himself as a prominent force.

Today, let's take a brief look at Anthony Parker's biography and discover how he was able to turn his childhood dream into reality.

The former NBA star was born Anthony Michael Parker on 19th June 1975 in Naperville, Illinois. At the time, his father, Larry Parker, was in the insurance business, while his mother, Sara Parker, worked for the WNBA's Chicago Sky.

Anthony Parker's parents raised him in Naperville alongside a younger brother, Marcus Parker, and a younger sister, Candace Parker. Parker's sister, Candace, is one of the most decorated players of the WNBA who has snatched the championship twice so far. However, in contrast to the famous basketball sibling duo, their brother, Marcus, remains lesser-known and works as a doctor.

To say that Parker's household was fond of playing basketball might not adequately justify their love for the game. Well, athleticism ran in the family, and most of them excelled in the game. Anthony Parker's father, Larry, played at the University of Iowa in the 1970s. Similarly, his mother, Sara, is also a passionate basketball watcher.

Following his dad's footsteps, Anthony started playing basketball during his high school days at Naperville Central. Soon after completing his higher studies, he enrolled at Bradley University, where he established himself as a top player.

Moreover, being the oldest child in the family, Anthony played a vital role in influencing his younger siblings. He frequently competed with his brother, Marcus, and later taught the fundamentals of the game to his sister, Candace.

Alongside his athletic career, Anthony also performed brilliantly in academics. He majored in chemistry until his senior year when he switched to liberal arts and sciences. In addition, he received two Major Robert H. Lawrence Jr. Scholarships during his time at Bradley.

After playing for four years at Bradley, Parker entered the 1997 NBA draft and was selected 21st overall by the New Jersey Nets. Still, he was immediately traded to the Philadelphia 76ers in a multi-player trade.

Although Anthony spent two seasons with the 76ers, his tenure was primarily plagued by injury. He consequently played only in 39 regular-season games, averaging just over five minutes a game and totaling 74 points and 26 rebounds.

He was subsequently traded with Harvey Grant to the Orlando Magic for Billy Owens before the 1999–2000 season. However, Parker again struggled at Orlando, playing only 16 games with modest averages of 3.6 ppg and 1.7 rebounds per game before being released in January 2000.

Anthony's Carrer Out of America

Parker's consistent failure in the NBA led him to look outside of the United States to resurrect his basketball career. Eventually, he moved to Israel in the 2000–01 season, where he was signed by the Israeli EuroLeague powerhouse Maccabi Tel Aviv.

Parker soon settled with the team and became a pivotal player for the club. He mesmerized the crowd with his ability to score, rebound, block shots, and slam dunks. With Parker's marvelous performance, Maccabi won the Israeli domestic championship, the Israeli National Cup, and the FIBA SuproLeague Cup in his debut season.

Despite his brilliant tenure with the club, Parker left Israel in 2002. Afterward, he moved to Italy, where he signed with Virtus Roma, playing in 27 Italian Serie A league games and averaging 14.5 points and 5.6 rebounds per game. Nevertheless, he returned to Maccabi only a year later and aided the team to accomplish two more Triple Crowns.

Furthermore, Parker accumulated numerous accolades for his performance. He was named the Israeli Basketball Super League MVP, the EuroLeague Final Four MVP of the 2003–04 season, and the EuroLeague MVP and first-team All-EuroLeague in the 2004–05 season.

The celebrity sportsman returned to NBA when Raptors General Manager Bryan Colangelo officially signed him in July 2006. Soon enough, Parker established himself as the starting shooting guard for Toronto and a well-respected three-point shooter in the NBA. Moreover, his defensive and offensive versatility was instrumental in helping the Raptors clinch their first-ever division title.

After having two accomplished seasons with the Raptors, Parker signed a two-year deal with Cleveland Cavaliers on 13th July 2009. The Cavaliers were led by LeBron James, who is one the wealthiest NBA players. The team was star-studded and was favorite to clinch the championship. However, the team fell short and lost to Boston Celtics in the playoffs. 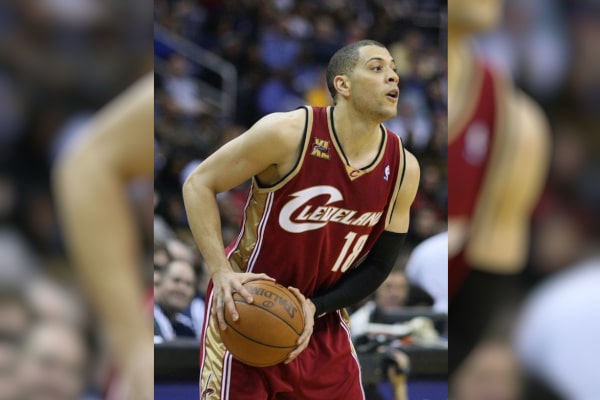 Parker played with the team until the 2012 season and announced his retirement on 27th June 2012. Nonetheless, he later returned to the scene as a scout for Orlando Magic. Climbing up the ranks, he became the general manager of the Lakeland Magic in 2017. And in 2021, he was named assistant general manager for Orlando.

Anthony Parker Net Worth And Earnings

While playing in and out of the United States, Anthony has gathered a fortune worth millions of dollars from his professional career. Since he has played basketball since his youth days, his wealth primarily consists of earnings as a professional athlete.

Candace Parker's brother spent a total of nine seasons in the NBA with multiple teams. During his tenure in the NBA, he has amassed a hefty sum of cash. The athlete reportedly signed a three-year contract with the Toronto Raptors worth $12 million. Such a monstrous sum must have played a crucial role in raising Anthony Parker's net worth. 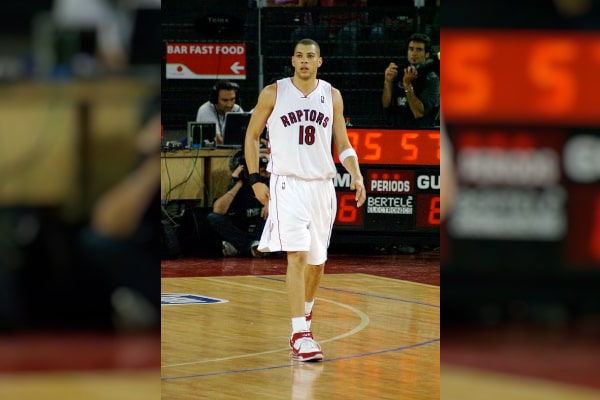 Later on, Parker signed a $6 million deal with the Cleveland Cavaliers. Even though the original agreement was only for two years, the Cavaliers extended his contract for one more year.

Here is a detailed list of Anthony Parker's salaries during his time in the NBA, according to Hoopshype:

Aside from the NBA, Anthony spent substantial time playing in the Israeli EuroLeague with Maccabi Tel Aviv. He was one of the most successful athletes in the league and collected many titles. Thus, it is likely he must have been paid a considerable amount for his services.

Even though the sportsman has not publicly spoken about his income, Anthony Parker's net worth surely has surpassed millions.

Who Is Anthony Parker's Wife?

It is hard not to get fascinated by Anthony Parker's love life, considering his massive success in his professional career. Although the athlete enjoys massive stardom and frequently appears in front of the media, he has relatively kept his family out of the public eye.

Well, the famed basketball player is married to Tamaris Parker. The couple tied the wedding knot back in 1999 and still enjoys a healthy relationship. Additionally, Anthony's wife is very supportive of his career choice and even walked alongside him during his tough times.

However, the husband-wife duo has not shared much about their past dating experiences and intimate connections besides their anniversary date. Therefore, it remains unknown how the loving couple met or developed a romantic bond.

Anthony Is A Proud Father Of Two Sons

In more than two decades of togetherness, Anthony and his spouse have given birth to two handsome sons. Anthony Parker's wife, Tammy Parker, gave birth to their first son, Alonso Parker, in October 2002, three years after their marriage.

The Parker family became complete when their youngest son, Julian Parker, was born in January 2006. Anthony Parker's children share a strong bond with their parents, evident by his wife's occasional post.

Well, Parker's sons are all grown up now, and both of them show a keen interest in basketball. So who knows, his babies might one day even surpass his stardom? We wish the Parker family long-term prosperity and hope to see more of them in the upcoming days.